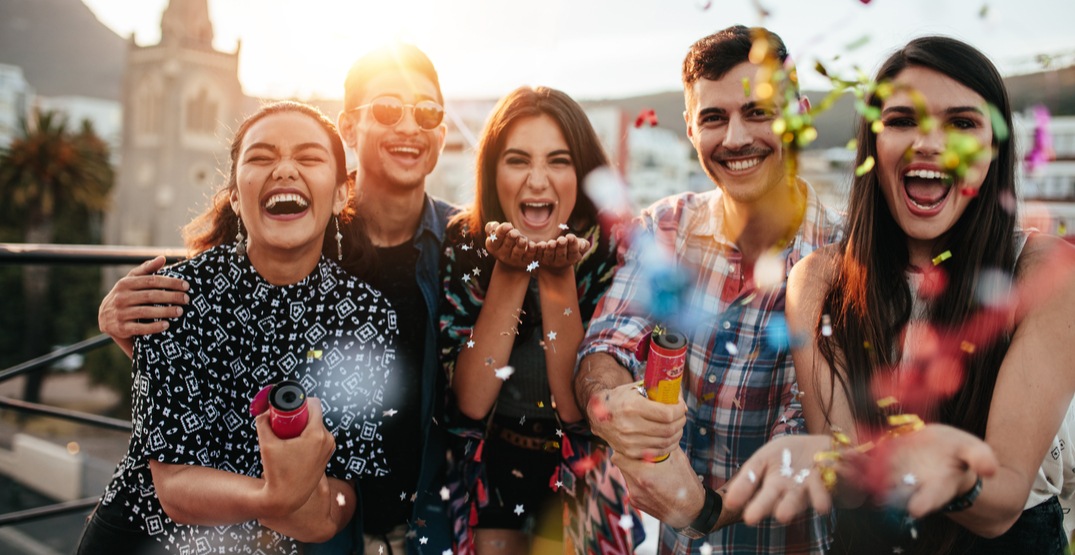 Cannabis is almost legal! Follow this tips to help you prepare for a lawful celebration (Jacob Lund/Shutterstock)

The Senate has passed Bill-45, bringing Canada one step closer to legalizing cannabis. Keep the good time rolling with these legal celebratory tips, if the Cannabis Act comes into effect as it currently stands.

What better way to celebrate cannabis legalization than by growing some of your own? As long as it’s fewer than four plants, grown from legally acquired seeds, and kept out of reach of minors, of course. Oh, and as long as you’re not in Quebec, Nunavut, Manitoba, or any other province interested in narcing on your homegrown stash and practicing the Doctrine of Paramountcy—aka, that really confusing situation where Federal and Provincial laws don’t coincide.

Thinking of going extra green and starting your own compost pile for that urban herb garden? Senator Ghislain Maltais has concerns that “the residues of the four cannabis plants that each person will be allowed to have will mix with other compostable material. Balcony gardeners have concerns, while cannabis smokers believe consumption is not harmful to their health. Quite the contrary. This issue keeps bothering me because it could affect millions of Canadians.”

Keep those residues to your own garden, home cannabis growers, lest your neighbour’s tomatoes become a gateway drug (albeit one packed with fibre, lutein, and vitamin C).

If the cops come a’knocking ‘cuz you’re blazing outside on your porch instead of locked indoors with the shades drawn, don’t worry! While they can seize your plants, and they don’t need to keep them alive, you will still be compensated if the courts order the plants back into your possession.

And while you’re stuck smoking inside, don’t forget to take a dip in your giant ganja-filled indoor pool à la Scrooge McDuck! The Senate voted against imposing a possession maximum of 340 grams for dried flower per household, so you can stockpile like the apocalypse cometh and law enforcement has no choice but to groove on it.

With all that weed you’ve got stashed in your home, why not spread the wealth? Young adults won’t get charged for passing a joint to a someone who is less than two years younger, but you can still expect a criminal record and possible jail time if that minor is more than two years their junior or if the pesky youth gets greedy and pressures you into giving them more than 5 grams from your stash.

Young ones at home? No worries. You don’t have to choose between your kids and your bud. The Senate rejected an amendment that would make it illegal to consume in a home where minors under 16 are present. You can still get in that bedtime sesh without the cops going all boogeyman on you, ensuring that the entire household can have sweet dreams.

Looking forward to your 18th birthday so you buy weed legally instead of on the black market? Great! The Senate also rejected two amendments that would raise the minimum age for purchasing cannabis. Sorry to Ontario, BC, Saskatchewan, Manitoba, New Brunswick, Newfoundland and Labrador, Yukon, Northwest Territories, and Nunavut. Your provinces and territories are jacking the legal age limit up to 19.

You won’t be able to spark up a doob on your way to vote on the next instalment of the Cannabis Act, but you’ll still be able to buy a lottery ticket the day you hit adulthood (and by the way, those things make great filter paper).

Wondering how your purchasing habits will change going from the illicit to legal market?

According to Senator Ratna Omidvar who has “watched enough television shows to be quite vivid in my imagination,” the process is simple.

“You go to a dealer, who is part of an organized crime food chain. You call up your dealer…you stand at the corner of the street and someone gives you a baggie full of stuff. You don’t know what it is and what’s in it.

“You don’t know whether it contains THC, CBD. The danger is that you actually don’t know what is in it and, worse, you don’t know if it’s laced with something harmful. That is what worries me. It is like buying a pig in a poke.”

Come this fall you can forfeit the poke and buy your pigs in a cushy, government-run store (some provinces will allow for mixed markets, meaning privately-owned dispensaries), laced with nothing but democracy. Talk about a legal high!

If you can look past the near-biohazard warning labels, you should see the clearly marked THC and CBD levels on your bag of weed. If you want to ease into your celebratory experience, choose a lower-dose strain, which will be easy with the proposed THC limits of legal cannabis.

Not looking to inhale? While you won’t have to wait to exhale, it’ll probably take at least a year to get your party going, as edibles and extractions won’t yet be available in the legal market. New products will also be gradually introduced and have to go through the rigorous process of new legislation, much like Bill C-45.

Practicing patience is a fun way to celebrate though… right?

If you’re more into drinking than smoking, celebrate legalization by playing a drinking game: listen to the live audio stream of from the Red Chamber, and take a shot every time a senator says “swag” (make plans not to drive that day).

Honestly, the best thing to come out of this amendment is hearing senators properly command the word “swag” while debating a historic piece of legislation.

Support your local Licensed Producer by buying none of their merch – because creating any would be illegal. (Sorry #cannaswagaholics.) How to represent your love of the ganj while being denied appropriately-themed apparel? Stock up now while supplies last, or get a tattoo of your favourite canna-logo because you definitely won’t regret it. 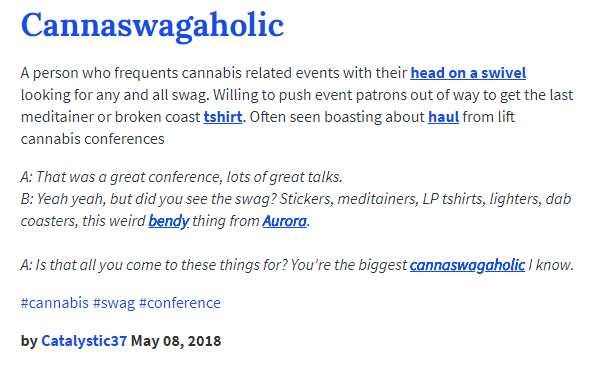 While celebrating legalization might not be the dope show you were hoping for, at least weed will be kind of less illegal than it used to be… right?

Bill C-45 will now be reviewed by the House of Commons before passing Royal Assent to become a law. There may be more amendments to come and more fun ways to celebrate cannabis legalization in Canada!