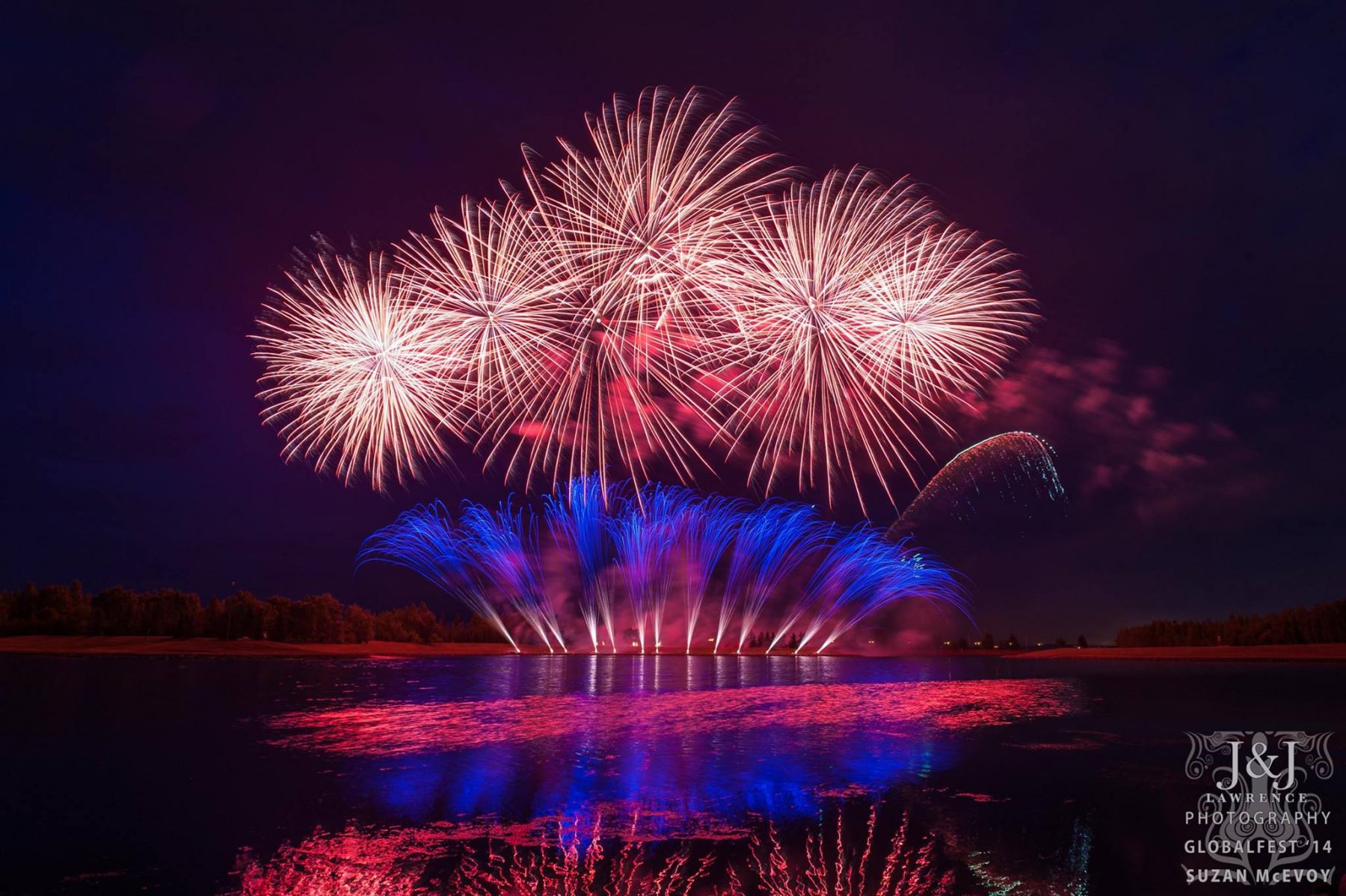 GlobalFest has announced an extra day of firework magic for this years festival in commemoration of its 15th year in Calgary and Canada 150 birthday!

To celebrate national pride and GlobalFest’s milestone, all of the presenting teams will be Canadian, representing our country from east to west.

Tickets for the now 6 day fireworks festival in Calgary are on sale at a reduced rate for early bird buyers.

The event, which runs from August 15 to 26, will include several pyromusical shows, as well as live performances, cultural pavilions, ethnic food booths, and a night market.

Tickets can be purchased now at Calgary Co-op Customer Service Offices and Marlborough Mall or online.

For a limited time, day tickets are $10 and festival passes are $45 until May 27. From May 28 to August 15 prices will increase as the festival draws nearer. Finale tickets are $20 until the end of GlobalFest.