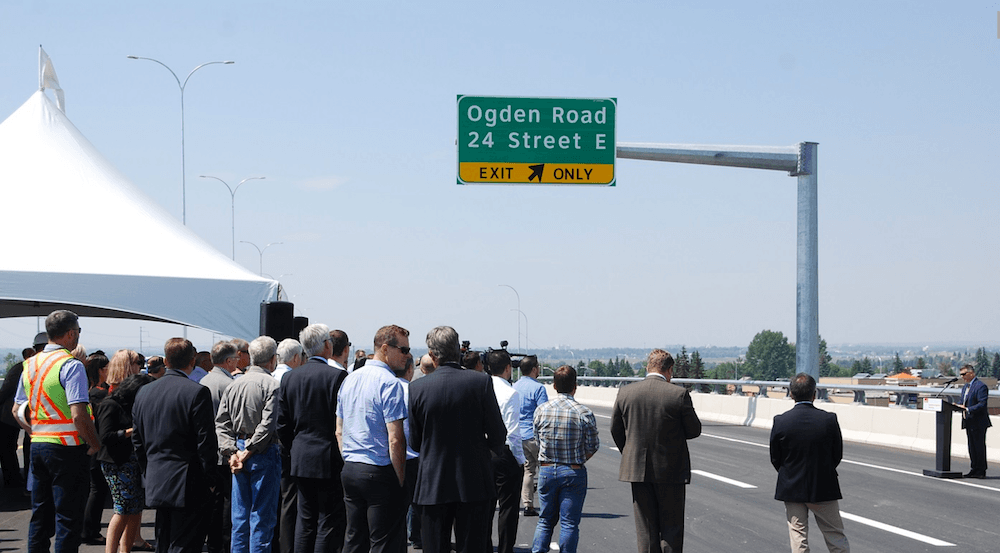 It’s a good day for commuters in Calgary.

The new Glenmore Trail and Ogden Road SE Interchange is up and running as of today.

“This is the first of four interchange-related projects that will be recognized this summer as part of the $250 million investment the City is making in connecting people with their communities, jobs and destinations,” said Transportation General Manager Mac Logan. “The new six-lane Glenmore Trail and interchange at Ogden Road will help make sure goods move efficiently through our city and province to distribution centres and industrial areas.”

In addition to making it better for motorists, transit travellers will also see an improvement. “Calgarians taking transit on Glenmore Trail will now have a more reliable bus schedule, and in the longer term, the bridge will provide an LRT crossing under Glenmore Trail as part of the future Greenline.”

The speed limit on Glenmore Trail from east of 18 Street SE to Barlow Trail will remain at 50 km/hr until the full completion of the project which is scheduled for late 2017.