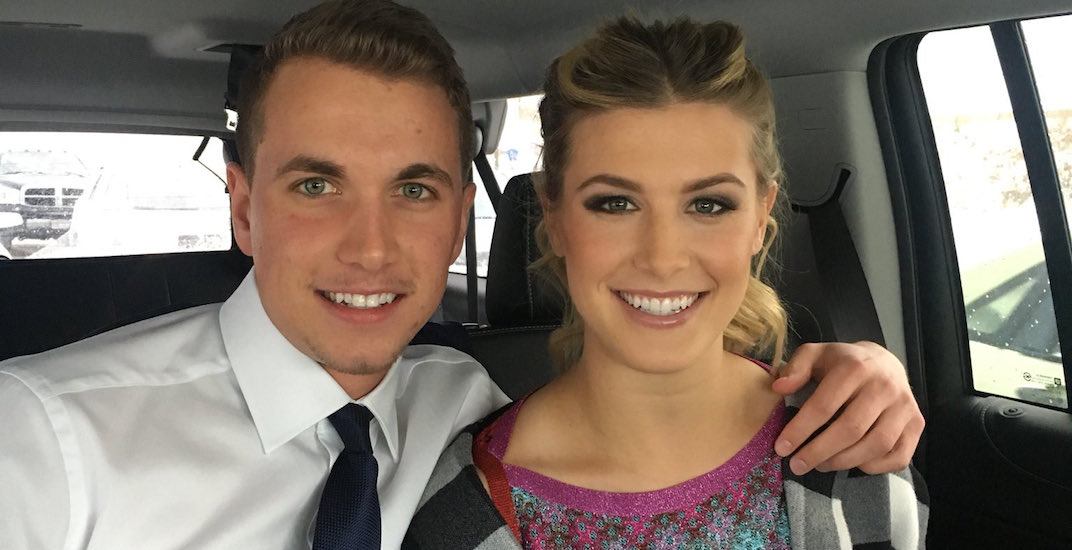 When Genie Bouchard lost a public bet to a stranger on Twitter one year ago, nobody thought the mystery man actually had a chance.

Sure, Genie would stay true to her word. Sure, they would go on a “date.”

And even though he didn’t turn out to be a creep – instead an age-appropriate, good looking young man who Genie repeatedly described as “normal” (in a nice way) – he still wouldn’t have a chance.

The Montreal tennis star arrived in Minneapolis on Saturday in advance of Sunday’s Super Bowl game between the New England Patriots and Philadelphia Eagles, posting pictures and videos of her with John Goehrke, her Twitter date.

Talking to you guys ❤️

They have to be.

While this could still be a show for the cameras, it sure looks like Genie (23) and John (21) get along. And given that they met up in December without any media hoopla, this could indeed be real.

“I’m cheering for the Patriots because they are the reason we are here and we’re able to go on a date,” Genie said. John obviously agreed.

Seriously … dude took a random shot Twitter, cue an impossible Super Bowl comeback, and here they are one year later getting all mushy in an Insta story. It's legit movie script stuff.

“The biggest difference with Genie on Instagram as opposed to in person is she is very down to earth and a very nice, normal human being,” said John, answering a question from a fan on Twitter. “She’s just not what you would expect out of a celebrity athlete and that was good to know and refreshing the first time I met her.”

“That’s so nice John, thank you,” Genie responded, absolutely smitten with his response.

And the question that thousands of people likely asked, and millions more were waiting to hear was: ‘are you two actually dating?’

Unfortunately, due to technical difficulties, our Q&A with @geniebouchard & John has ended. 🤷‍♂️ #SuperBowlDate