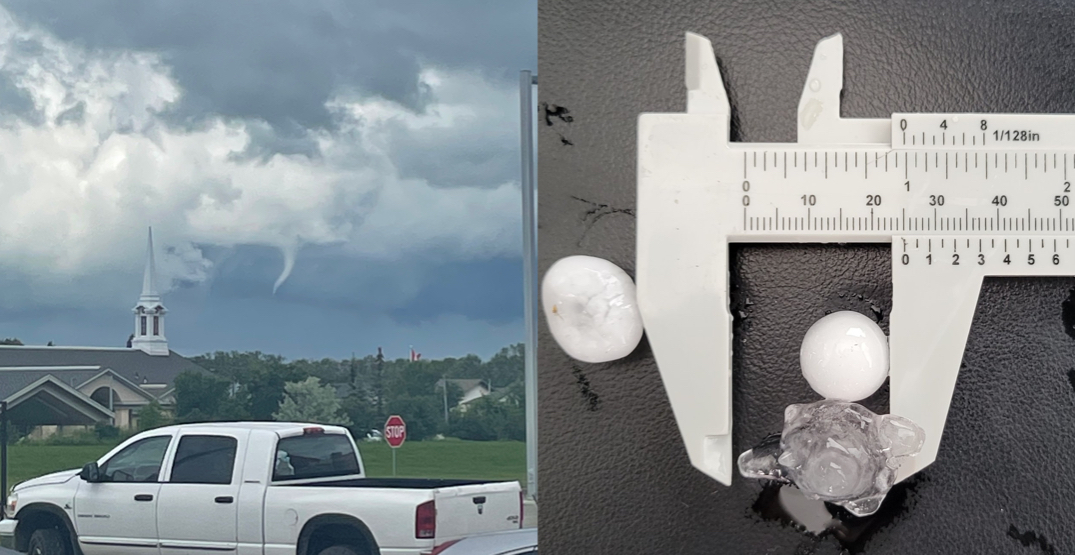 Portions of central Alberta were under severe warnings for thunderstorms and tornados on Tuesday, as severe weather bubbled up in the province.

As of 4:08 pm, tornado watches currently remain in place for the Lloydminster, Wainwright, Vermilion, Provost, Hanna, Coronation and Oyen areas, according to Environment Canada. 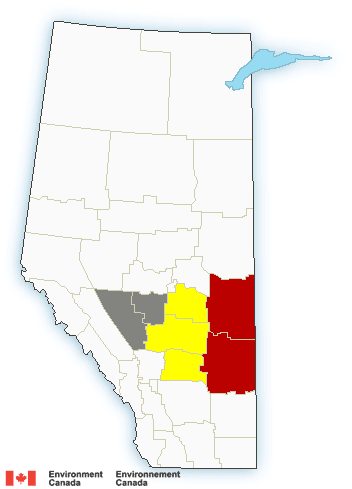 Weather advisories are also in effect for multiple areas due to conditions being favourable for funnel clouds to develop near a line from Lacombe to Drayton Valley to Three Hills.

“This line will move slowly to the north and east this afternoon,” Environment Canada says.

“These types of funnel clouds are generated by weak rotation under rapidly growing clouds or weak thunderstorms. This weak rotation is normally not a danger near the ground. However, there is a chance that this rotation could intensify and become a weak landspout tornado.”

Thanks to my sister, Rosie Tkacik, for sending this to me.

If conditions become more favourable for the development of landspout tornadoes, watches and warnings will be issued by Environment Canada, the federal weather agency said.

“Landspout tornadoes do not usually cause significant damage but can still be dangerous. They can be strong enough to topple trees, damage roofs or toss debris short distances.”