Ice cream and and gelato are frozen treats that can be savoured throughout the year, no matter how low the temperature drops. While it’s easy to become addicted to a certain flavour, it’s also nice to shake things up once in a while and try something new.

Fall is the perfect time to branch out and delve into the unknown (the unknown world of ice cream flavours that is), especially as eateries around the city are incorporating a range of scrumptious fall ingredients into their mix. 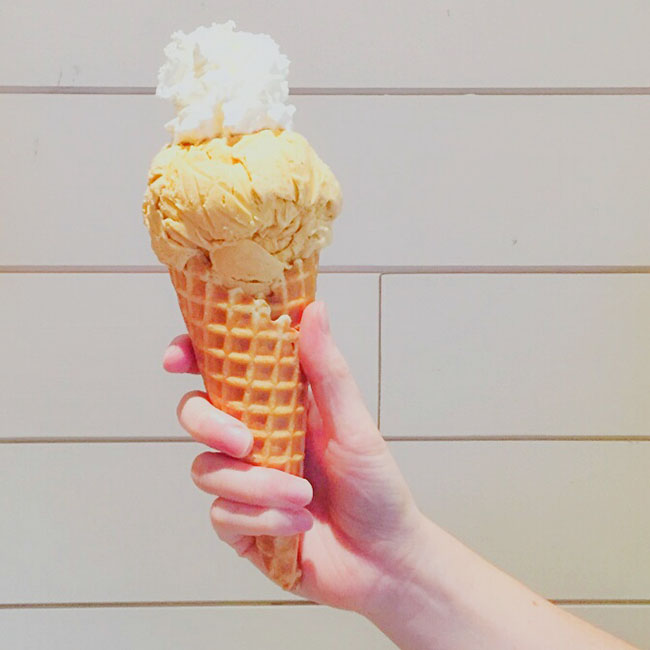 Fall flavours have made their way into the kitchen at Village Ice Cream. The ice creamery’s two locations are offering customers three autumn-inspired, limited edition flavours this October. Available in a cup or cone, Village Ice cream will be scooping artisanal, small batch spiced pumpkin ice cream (until October 15 when it will be replaced with rum and raison), cranberry ginger sorbet (until October 22) and masala chai ice cream, which will be served right up until the end of the month. 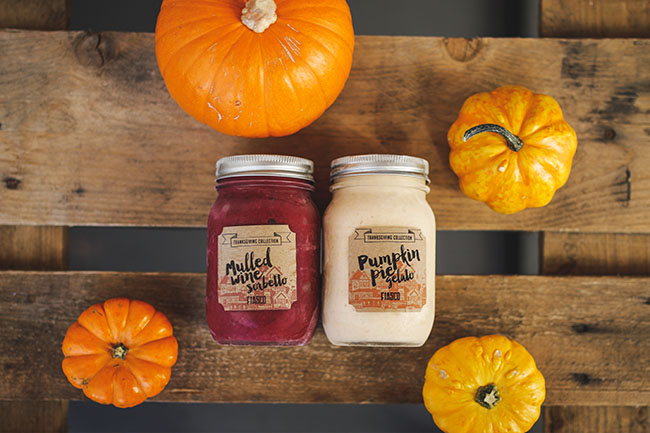 Calgary-based Fiasco Gelato has recently unveiled its fall / Thanksgiving collection, which includes a deliciously and slightly boozy Mulled Wine Sorbetto and Pumpkin Pie Gelato. Both frozen treats are handcrafted with locally-harvested ingredients and are available at Fiasco Gelato’s HQ and Test Kitchen. 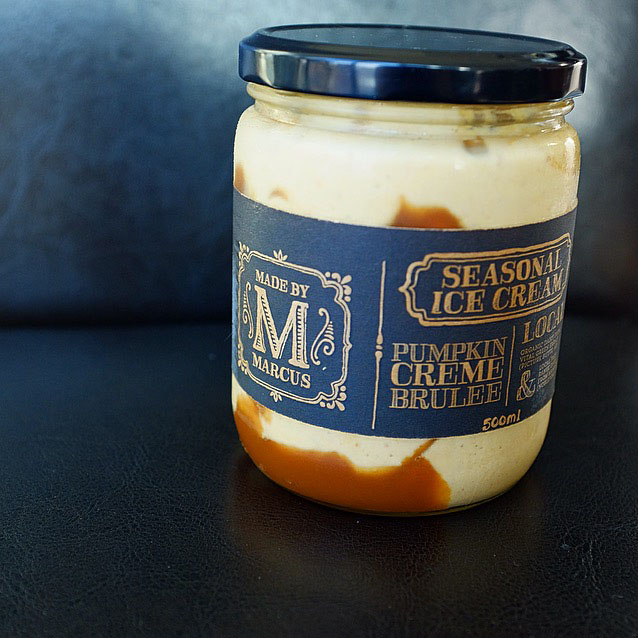 Photo courtesy of Made by Marcus

Looking for a decadent fall pick-me-up, grab a spoon and a tub of pumpkin ice cream from Made by Marcus. The Calgary-based dessert maker uses dairy from Vital Green Farms, eggs from Mans Eggs, homemade pumpkin puree, spices (cinnamon and ginger), salted caramel sauce, and caramel shards to create their delicious frozen treats. The price varies from store to store but on average it goes for $8.99/jar. The main spots you can purchase these seasonal tubs from are Blush Lane, Sunnyside Market, Bridgeland Market and Janice Beaton Fine Cheese.