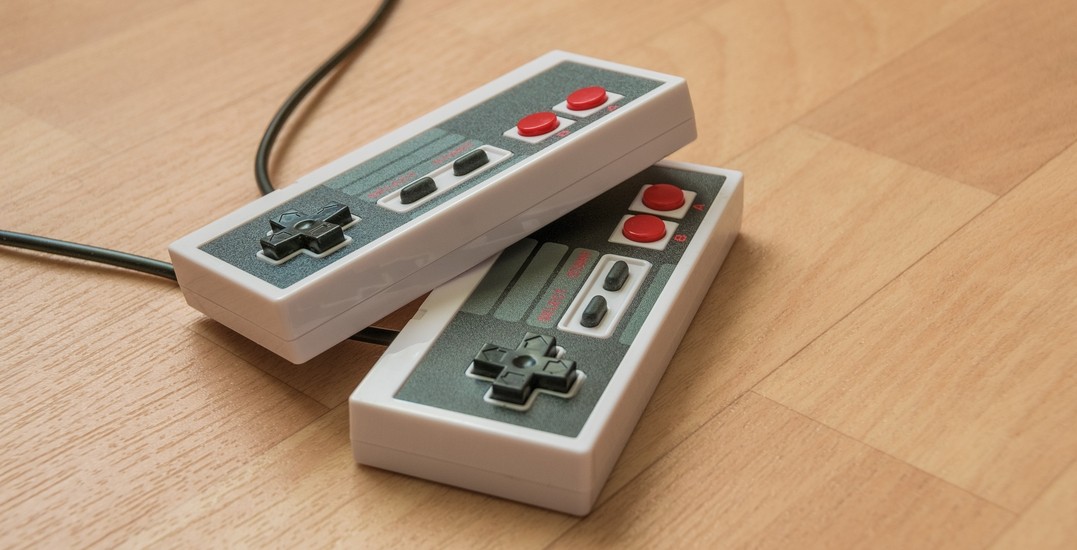 Starting at 8 pm on March 26, Ship & Anchor Pub will be hosting Ship Arcade, a night of video games, drinks, and a live performance by chiptune artist GreyScreen.

Partnered with local businesses World One Arcade + Bar and Video Game Trader, as well as Christopher McEwan hosting indie games played through a projector, there will be tons of video games available to play for free.

The bar itself will also have $6 PBR tall boys, $3 sliders, chips and dip, and corn dogs on special.

World One Arcade will be bringing down classic arcade cabinets including Atomic Punk, Street Fighter 2, and Puzzle Bobble. Video Game Trader will be bringing systems including a N64, NES, SNES, Nintendo Switch, and Wii U with 8-player Super Smash Bros.

Jeff McNair from Video Game Trader told Daily Hive that there will also be a Playstation VR to check out, absolutely free.

“We do it for the PR, we don’t take any compensation for it,” McNair said.

McNair also said he expects a fairly lively event, with between 60 to 100 people taking part in the games.

The idea for Ship Arcade started a couple years ago, and is the brain child of Josh Wiltshire, promotions manager for World One Arcade + Bar.

“It’s his baby, he runs the entire event,” McNair said. “We just tag along.”

The Ship Arcade events started slowly, but picked up steam after Wiltshire met McEwan at a Mario Kart Monday hosted at Local 510 before it closed. After that first event, McEwan offered to bring some other multiplayer games as well.

“Neither of us were getting paid, we were just doing it for fun,” Wiltshire said.

Soon, other bars started approaching Wiltshire, but none of the offers seemed appealing, until one offered cash and a bar tab to host a Mario Kart tournament.

He accepted, invited all of his friends, and went to Video Game Trader to find a grand prize.

“I told Jeff McNair, who had just taken over that business, about the events I was doing and what I was trying to do,” Wiltshire said.

McNair gave Wiltshire a mint copy of The Legend of Zelda: The Wind Waker (free of charge) to be the prize.

It wasn’t long after that McNair also became involved in the video game nights at Local 510.

When news broke that the bar was closing, Wiltshire started marketing it as the last of the game events, and many other bars voiced their interest in hosting them, including Ship & Anchor.

“Ship & Anchor is pretty close to my heart,” Wiltshire said.

“I worked there for like three years, it’s where I first learned to bartend, and some of my best friends work there.

“I thought the Ship’s reach would cast the widest net and include the most varied demographic of people.”

With this being the second such event hosted at Ship & Anchor, and with the expected busy turnout, the event space has expanded.

While Ship Arcade is designed around playing video games, McEwan stressed the point that the event is ultimately about friendship and having a good time.

“This is intended to be an inclusive event, whether you are an avid gamer or haven’t touched a video game since the original Nintendo,” McEwan said.

“We want to create a safe, welcoming environment for everybody and don’t tolerate elitism or harassment.”