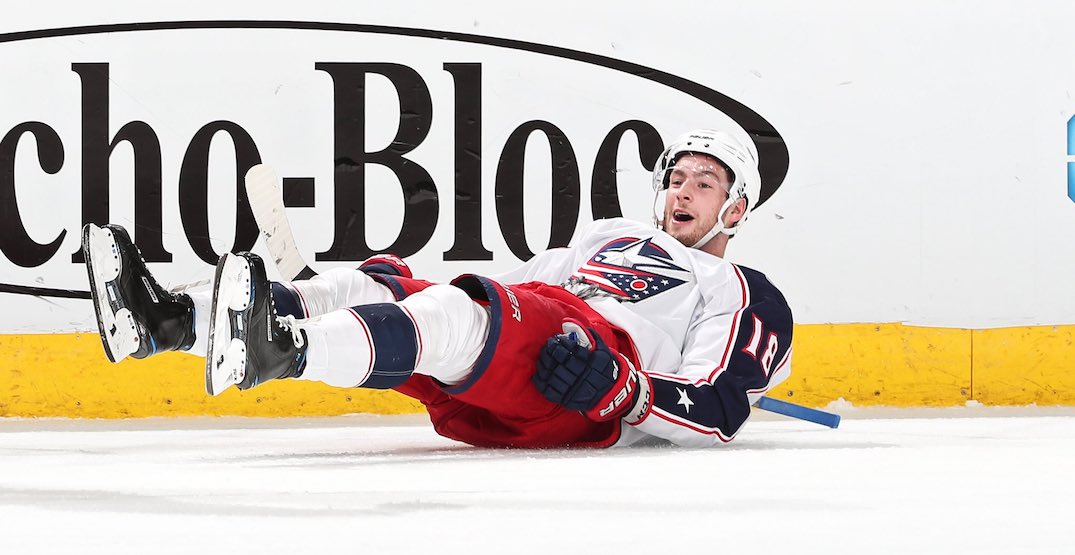 The Calgary Flames reportedly have their eye on Pierre-Luc Dubois.

The Flames are “seriously interested” in acquiring the 22-year-old centre in a trade from the Columbus Blue Jackets according to David Pagnotta of The Fourth Period.

Some midday reading on Pierre-Luc Dubois in my latest for @TFP, as both Calgary & Los Angeles try to acquire the rising star… https://t.co/FQs0lbDwkC

Pagnotta also added that at least 20 teams have expressed some interest in Dubois including the Winnipeg Jets and the Montreal Canadiens.

This report comes after Blue Jackets head coach John Tortorella confirmed during a radio interview that Dubois wants to be traded.

“Yeah, he wants out,” Tortorella said. “He spoke to the team… he has been honest with the group.”

Tortorella was also asked if his hard-nosed style of coaching affected his relationship with Dubois.

“I look at conflict differently… I think it’s so healthy because then I think you have the two individuals in the middle of that being honest with one another. ”

“Now [Dubois] may not think that. Sometimes these players, especially today’s athletes, think, ‘You’re too hard on me, you’re picking on me,’ and this and that. Maybe it’s too hard for him. I don’t know. I haven’t been given a reason why he wants to leave. He certainly hasn’t said it to me that ‘I don’t want to play for you.”

Dubois put up 49 points in 70 games last season and has also had two 20-goal seasons during his first three years with Columbus. He also put up 10 points in 10 playoff games this past postseason. Dubois is currently in the first year of a two-year, $10 million contract he signed in the off-season.

The Calgary Flames begin their season tonight with a road game against the Winnipeg Jets.