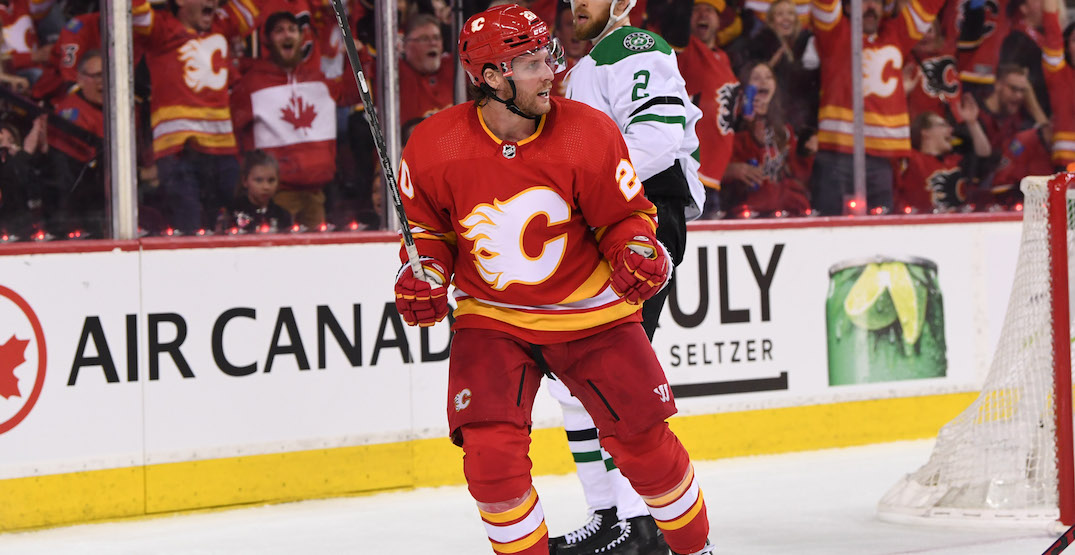 An early power-play goal from Elias Lindholm ended up being enough for the Calgary Flames on Tuesday. They smothered the Dallas Stars from there with a dominant defensive performance, allowing only 16 shots on goal in a 1-0 win in Game 1.

After a 42-goal regular season, Lindholm scored Calgary’s first goal of the playoffs just over five minutes into the first period.

He didn’t have to work particularly hard on this night, but Jacob Markstrom earned his second career playoff shutout in the victory.

The last playoff series the Flames played was also against the Stars. They’re looking to avenge that 2020 match-up in the Edmonton bubble, which Dallas won in six games en route to the Stanley Cup Final.

Perhaps there’s still some lingering bad blood from that series, as things got heated between the teams early on in this one. Matthew Tkachuk dropped the gloves with Michael Raffl in the first period, as did Rasmus Andersson with John Klingberg.

Game 2 goes from Scotiabank Saddledome at 8 pm MT on Thursday.