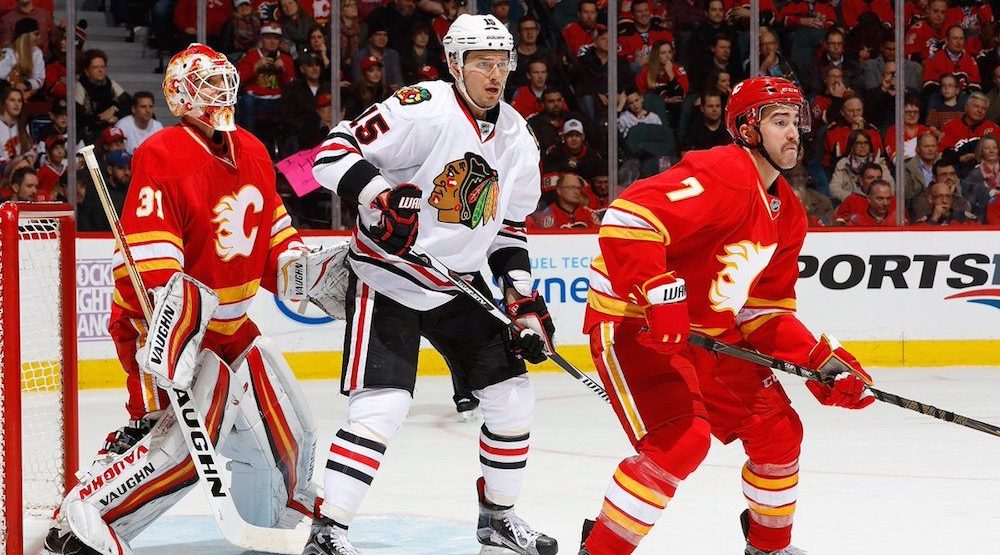 For the second time in three seasons, the Calgary Flames will see their season stretch past mid-April.

A remarkable achievement for a team that was well out of the playoff picture over the first few months of the season, the focus now shifts from clinching a spot to who they’ll face in the opening round.

Calgary will most likely square off against the Anaheim Ducks or Chicago Blackhawks, with a slight chance of a ‘Battle of Alberta’ with the Edmonton Oilers.

Neither the Blackhawks nor Ducks are appealing options, as Calgary would have to go through either the best post-season team of the last decade or a Ducks team that has had their number over the last 13 seasons at home.

Although logic would peg Anaheim as the best choice with 103 points compared to Chicago’s 108, the Flames would be better off making the trip to the ‘Windy City’ to open the post-season. 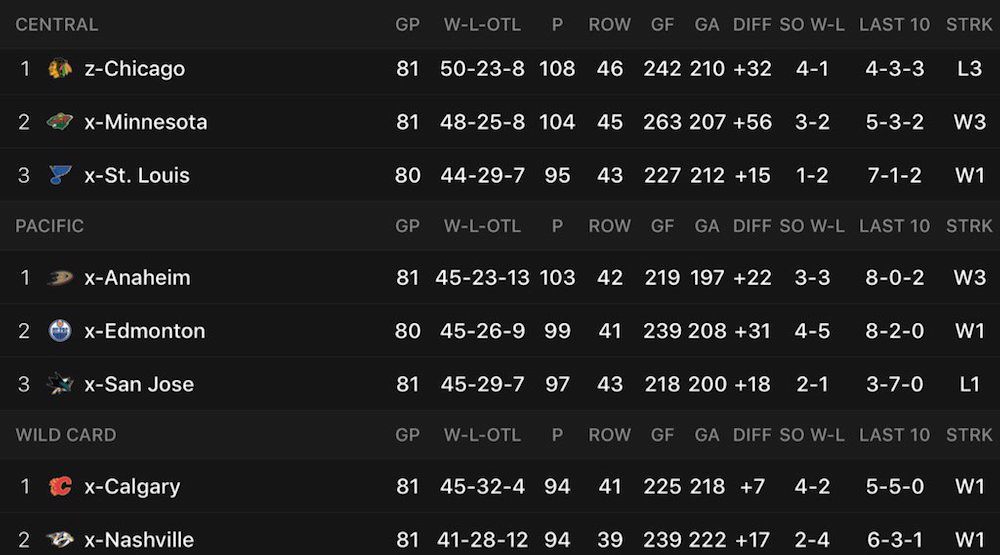 A playoff series against the Blackhawks would be concerning for a few reasons for Calgary, most notably matching up against a team that has won three Stanley Cups and played in 107 playoff games since 2010.

But, facing Chicago has one advantage over Anaheim, as the Blackhawks don’t play at the Honda Center.

For whatever reason, the Flames have been unable to win in Anaheim since 2004 with the Ducks running their consecutive win streak to 25 games at home after a 3-1 loss on Tuesday.

Curse or not, it’s easy to see that the losing skid in California has seeped into the minds of Flames players over the last few years.

Although playoffs are a different beast entirely, Calgary would still need to pick up at least one victory as Anaheim would hold home ice advantage.

Chicago’s United Center is known to be just as hostile, but at least the Flames have been able to pick up a victory there this season and not deal with the mental hurdle of another potential loss in California.

It can also be argued that the Flames match up better with the Blackhawks in terms of using a run-and-gun system to create offence.

Chicago has struggled on the penalty kill this season at just 78% compared to Anaheim’s 84.8% rating, while the Ducks have also been able to get out of this world goaltending recently from Jonathan Bernier and John Gibson.

Crawford has been fairly average this year with a 2.54 goals against average and a .919 save percentage, something the explosive offence of the Flames might be able to capitalize on.

With Johnny Gaudreau, Sean Monahan, and even Sam Bennett coming into their own over the last few months of the season, the Flames have a better shot this year against a Chicago blueline that hasn’t been nearly as frightening compared to more recent seasons.

Even with the loss of Cam Fowler on their backend, the Ducks still boast one of the deepest bluelines in the entire NHL and have done an excellent job of shutting down Calgary’s forwards over the course of the season.

From an entertainment standpoint as well, who wouldn’t want to see a Chicago-Calgary matchup.

Gaudreau versus Kane would feature a marquee battle of two of the game’s most skilled players, Monahan and Toews would do battle on the face-off dot as a pair of excellent two-way forwards, and the atmospheres of the United Center and Scotiabank Saddledome are second to none.

One downside to a series with the Original Six squad would be the challenge of defending against the offensive weapons the Blackhawks possess.

Waves of Artemi Panarin, Marian Hossa, and Artem Anisimov can be expected to follow Kane and Toews, with Chicago finishing top 10 in goals scored this year with 238 in 81 contests.

Only the Ducks, Blackhawks, Penguins and Rangers have reached at least 40 wins in each of the past four seasons.

But that said, in a seven-game series it could be more beneficial to take on the three-time Stanley Cup champions, as crazy as that sounds.

Although a chance at redemption against the Ducks is an exciting prospect, a road through the Chicago Blackhawks might be a more winnable battle for the Flames.

The ghosts of the Honda Centre continue to haunt the Flames, and though they have the ability to end the drought, I wouldn’t bet the farm they would find consistency in doing so when playoffs roll around.