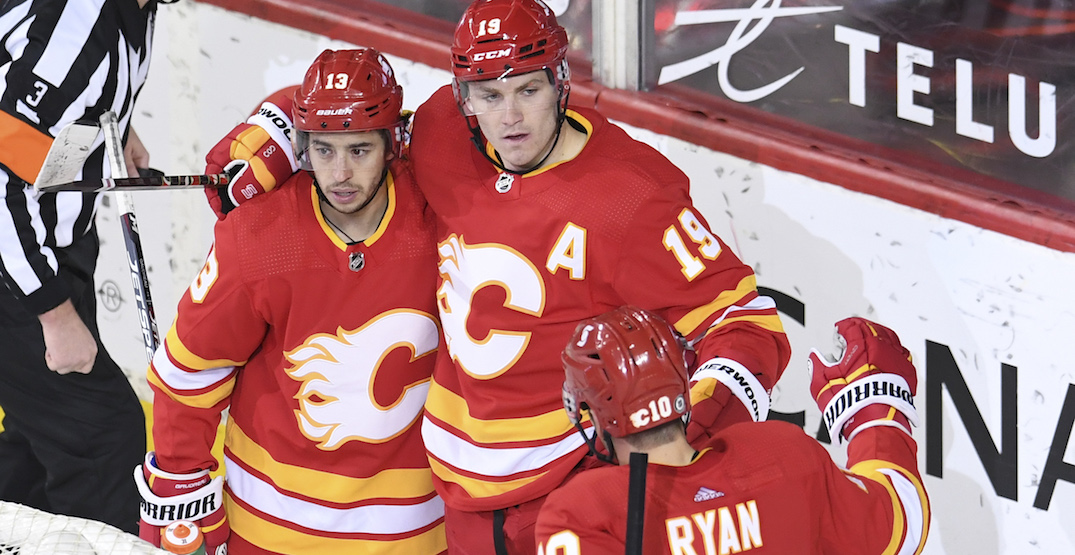 For several weeks, fans of the Calgary Flames have watched as the club’s playoff hopes began to flicker and then fade. After their loss last Wednesday against the Winnipeg Jets, the club would be mathematically eliminated if they lost another game or if the Montreal Canadiens earned another standings point.

But two Montreal regulation losses since then combined with a Flames 6-1 win over the Ottawa Senators on Sunday night have put the Flames in an awkward position: cheering for the hated Edmonton Oilers to win a pair of games in Montreal on Monday and Wednesday to keep the Flames mathematically alive in the playoff picture.

“We put ourselves in a terrible position, to be honest,” said Flames alternate captain Matthew Tkachuk following their win over Ottawa. “We just have to win and pray. That’s all we can do [Monday]. Watch that game, hope for… I never thought we’d root for Edmonton, but we need them to win these.”

Despite the stakes, both Tkachuk and fellow Flames mainstay Johnny Gaudreau indicated doubts that they would watch either of the Montreal/Edmonton games, preferring to get updates on the scores instead.

“Probably won’t watch it,” said Gaudreau. “Just sit there, hope Connor [McDavid] can do his thing.”

In order to qualify for the 2021 Stanley Cup playoffs, the Flames need to win all of their four remaining games with the Vancouver Canucks – the first goes Thursday night in Calgary – and hope that Montreal loses both of their games with Edmonton in regulation. If those things happen, the Flames would tie Montreal with 57 points and finish ahead of the Canadiens due to the NHL’s regulation wins standings tie-breaker.

That outcome isn’t completely likely, but at least the possibility has added some intrigue to the rescheduled final games in the Scotia NHL North Division schedule.