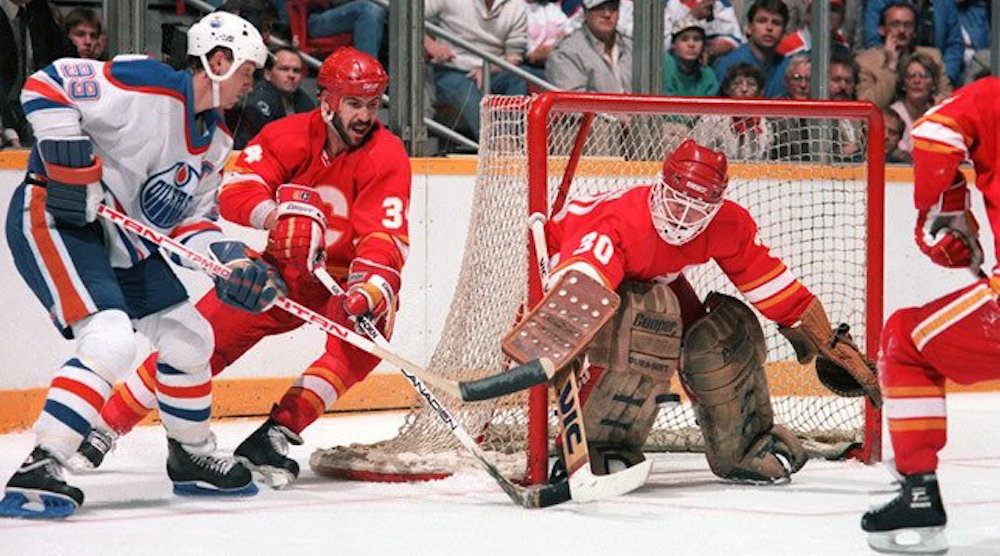 The Battle of Alberta has been lifeless for so long. That’s mostly due to the Oilers being a basement dweller for nearly a decade, but let’s be honest – Calgary had their share of struggles too.

The bad blood was always there, but there were never any meaningful games being played between the teams. They weren’t the most exciting games either.

It's a travesty how lame the Battle of Alberta has become. Fans under age 35 have no idea how captivating and intense this rivalry once was.

Both the Flames and Oilers have exciting, young, high energy teams.

Now – for just the second time since 1991 – both the Flames and Oilers will have playoff hockey in the same season.

They could even play it against one another.

Heading into Sunday night’s games, the standings were lined up for a Battle of Alberta showdown in round one.

Anaheim’s win over the Flames has the Ducks sitting first in the division, though the Oilers are just two points back with a game in hand.

The Pacific Division winner will play the #1 wild card team, so we could see a playoff series if the Oilers win the division. It’s also still possible for the Flames to surpass San Jose and end up playing the Oilers as the 2-3 seeds in the Pacific.

Even if Calgary plays Anaheim and Edmonton plays San Jose, a meeting in Round 2 isn’t out of the question either.

I think Twitter would shut down if we get a Battle of Alberta.

Like, the Internet wouldn't be able to handle it.

It would be the first Battle of Alberta in 26 years.

The first, since Theo Fleury did this:

The history of the Battle of Alberta goes back to the 80’s, where the Flames and Oilers faced off in the playoffs five times in eight seasons from 1983-1991. As could be imagined, the rivalry was fearsome.

Most notable in that stretch for the Flames was the series in 1986, where they beat the Oilers in seven games and ultimately advanced all the way to the Stanley Cup Final.

Calgary struggled mightily head-to-head against Edmonton this season, going 0-3-1 in four games. Their last meeting was back in January, a full month before the Flames had their 10-game winning streak that had them surging up the standings.

The season series doesn’t mean much. The Flames look like a different team since they last played the Oilers.

Plus, the playoffs are on a whole other level from the regular season. That may be where Calgary’s real advantage would lie.

Outside of a handful of players, the Oilers sorely lack playoff experience on their team.

While it’s hard to pinpoint the exact effects these players have in the postseason, there’s no doubt it’s better to have players who have been there before, and can learn from their previous mistakes.

If a Battle of Alberta series were to go down this year, the Oilers may have the home ice advantage, and the McDavid advantage too. But the Flames have a core that’s seen a few rounds of playoff action, and that’s an advantage that shouldn’t be overlooked.

A Calgary-Edmonton series could happen, and it would be damn entertaining if it did. But surely fans will take any opponent without too many complaints.

It’s just nice to be back in the playoffs, isn’t it?