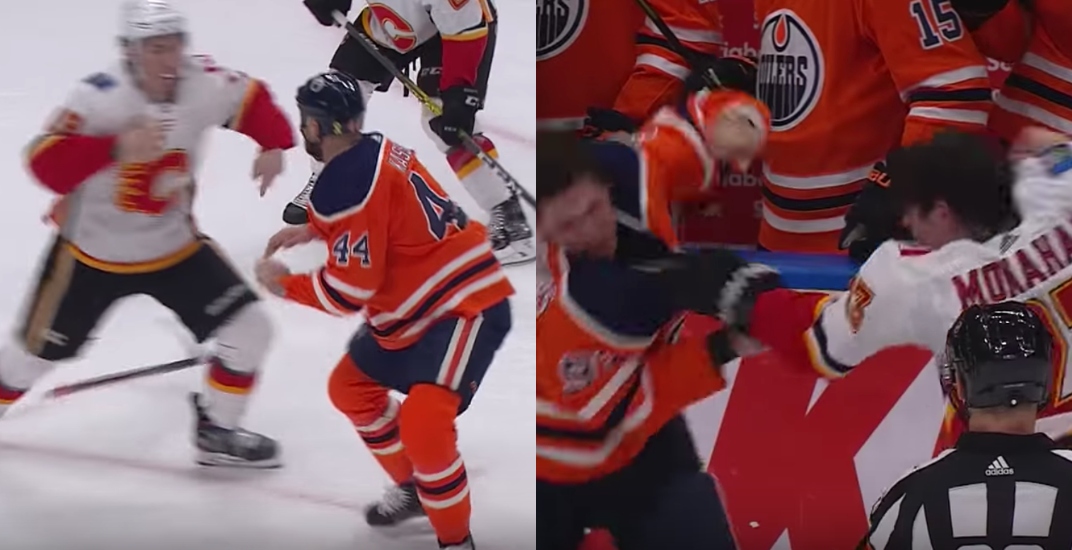 The Battle of Alberta rematch did not disappoint.

After bad blood boiled over in their last game, Wednesday’s game between the Calgary Flames and Edmonton Oilers had just about everything you’d want in a rivalry game.

It included six goals in regulation, 62 total shots, an overtime period, and a shootout.

One of them we were expecting. Matthew Tkachuk didn’t decline an invitation to fight Zack Kassian, something the Oilers demanded following a pair of big hits by the Flames forward.

The other one? Well, that was a total surprise.

Sean Monahan dropped the gloves for the first fight of his career against Ryan Nugent-Hopkins, who earned his second fighting major of his career.

The bout was as entertaining as it was unexpected.

The Flames wound up getting the best of the Oilers again in this one, clinching the victory with a David Rittich bat flip style celebration.

We won’t have to wait long for the next matchup between these two teams, as they meet again on Saturday in Calgary.