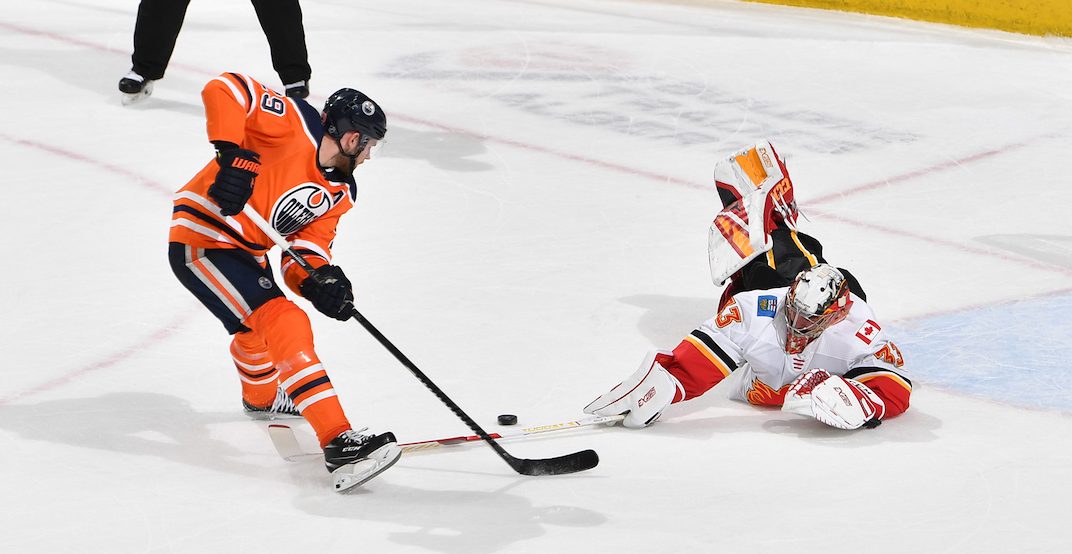 After a number of years simmering under the surface, it’s safe to say that the ‘Battle of Alberta’ has been re-ignited in the province.

This after a wild tilt at Rogers Place on Wednesday night that gave fans of both the Calgary Flames and Edmonton Oilers something to cheer about.

The latest chapter in the highly entertaining Matthew Tkachuk-Zack Kassian was written with a long anticipated fight between the two pests, though they weren’t the only ones to drop the gloves.

Connor McDavid and (checks notes) Matt Benning showed off their skills with the puck on multiple occasions, while Calgary countered with a breakout game by sophomore Andrew Mangiapane.

Putting together a pair of outstanding tilts on either side of NHL’s all-star break, games between the Flames and Oilers have turned into must-see television layered with drama and excitement many TV shows fail to produce.

More than anything, this season’s games between the provincial rivals have rejuvenated a rivalry that’s risen from a nostalgia-filled afterthought into the best in the entire league.

The spark that lit the powder keg that’s been the Battle of Alberta this year, the feud between Tkachuk and Kassian has been one of the biggest stories in the sport recently.

Flames and Oilers fans don’t have to look back further than January 11, when Tkachuk levelled Kassian with a pair of debatably dirty hits.

The second of which caused Kassian to grab the Flames leading scorer and toss him around the ice while feeding Tkachuk with a flurry of punches.

Tkachuk chose not to drop the gloves and gave Calgary a four-minute power play, a man advantage which the Flames would convert the game-winning goal on.

From there, debates over ‘the code’ began on who was at fault and if Tkachuk should have stepped up to the plate while Kassian was handed a two-game suspension.

A fight between the pair was expected in Wednesday’s rematched and the combatants obliged late in the first period in a short, but spirited scrap that electrified the building.

Zack Kassian and Matthew Tkachuk dropped the mitts in the Battle of Alberta. 🥊 pic.twitter.com/K7fHeXAAwb

Kassian told reporters post-game that he respected Tkachuk for answering the bell so we’ll see if the Tkachuk-Kassian chapter has closed or just beginning.

While fans expected to see at least one fight between the Flames and Oilers on Wednesday, many didn’t pick Sean Monahan and Ryan Nugent-Hopkins to be the first to throw down.

Just the third fight of Nugent-Hopkins’ career and the first of Monahan’s, the centremen saw their tempers boil over in a fight that resembled brothers wildly throwing fists rather than a coordinated scrap.

Sean Monahan vs. Ryan Nugent-Hopkins in a heated scrap pic.twitter.com/AwgTQOVeag

On top of that, the usually cool-headed McDavid displayed a rare outburst of anger after what he believed was a missed kneeing call against Flames captain Mark Giordano.

No penalty was called on the play and the NHL Department of Player Safety has already confirmed Giordano will not face supplementary discipline.

Of course, Giordano was the Flames player McDavid became tangled with when he crashed into the Calgary net last April that resulted in a torn PCL.

Amidst all of the fighting and chirping between the provincial rivals, it can be easy to miss the immense talent that both the Flames and Oilers have offered this season.

Wednesday’s 3-on-3 overtime period was one of the more exciting that you’ll see all season, with players like Leon Draisaitl, T.J. Brodie, Oscar Klefbomb, and Elias Lindholm all producing grade ‘A’ scoring chances in the extra frame.

You also have often unheralded players like Benning and Mangiapane stepping up in key situations for their respective clubs providing offence and a spark with the puck.

Oh… and McDavid is an actual wizard with the puck.

For all the talk of respecting your opponent and putting the team first, the NHL’s best rivalries often bring out legitimate hate and emotion which is sorely needed in the sport.

Tickets for Wednesday’s game went well above usual asking price on second-hand retailer sites, mostly due to the anticipated theatrics between Kassian and Tkachuk.

The latter’s decision not to fight in the January 11 matchup was widely panned in Edmonton, with many fans dressing up as turtles to this week’s rematch referencing Calgary’s number 19.

Battle of Alberta is back pic.twitter.com/Yil55HiBa7

While Oilers fans had that to fall back on, the Flames had some fun of their own courtesy of netminder David Rittich.

One on the ice, one on the field … who did it better, Big Save Dave or @JoeyBats19 with the @BlueJays? pic.twitter.com/20uubC0be5

Rivalries are fun and it’s good to see both sides embracing all aspects of it.

Picking up the extra point in the shootout, the Flames were able to move two points up on Edmonton for second place in the Pacific Division.

With 30 or so games left in the playoff stretch drive, the margins in the Pacific are becoming more and more razor thin by the day.

Between Vancouver in first place and Arizona in fifth, five points are all that separate the Canucks, Flames, Oilers, Golden Knights and Coyotes for three guaranteed playoff spots. 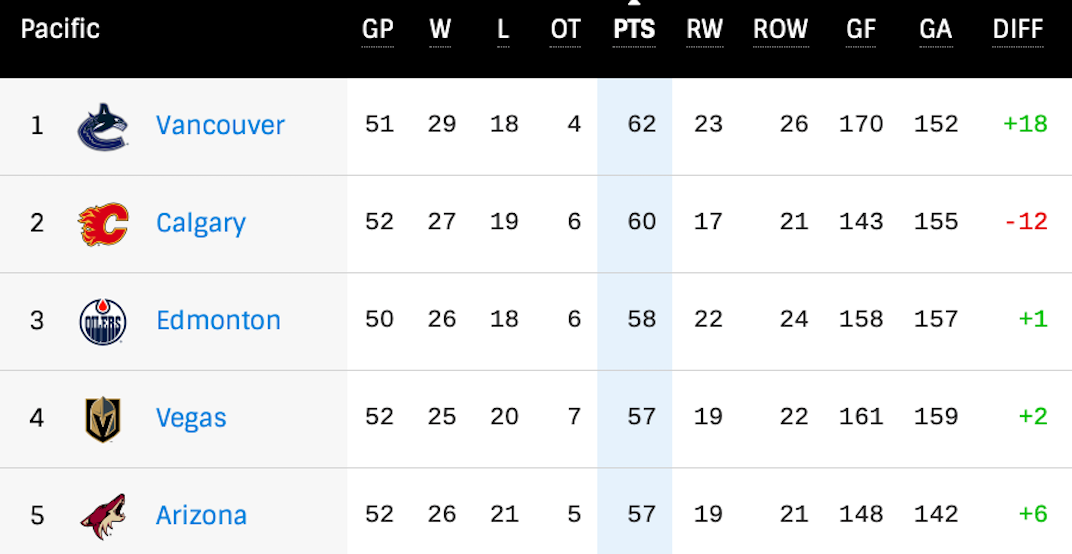 Tantalizing fans even more is the prospect of a potential Flames-Oilers first round playoff series, which would be the first post-season Battle of Alberta in three decades.

Calgary and Edmonton will face each other twice more this season, including another must-watch game at Scotiabank Saddledome on Saturday night.

So, let’s buckle up and enjoy this rivalry while we can.