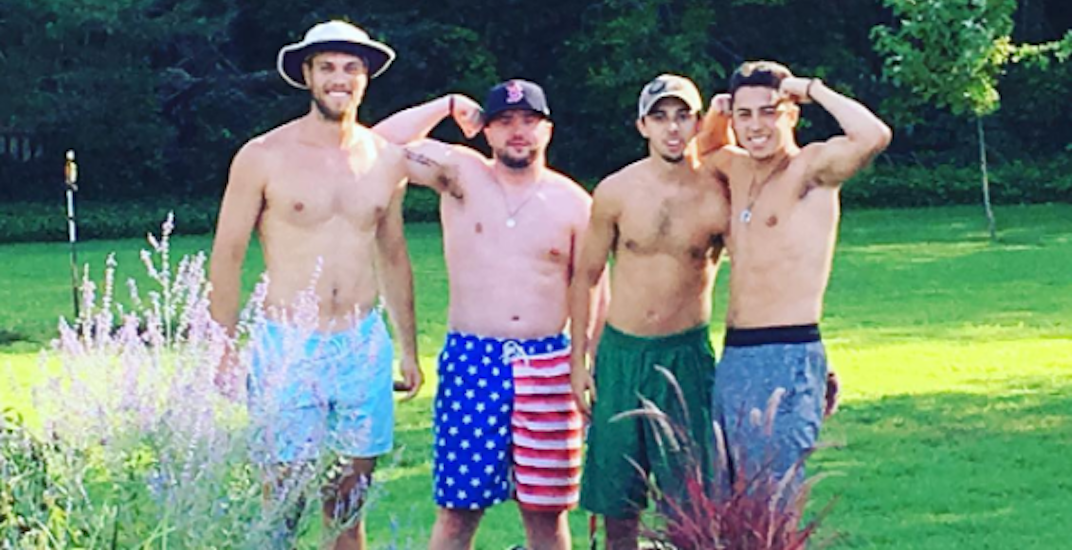 After months of games, practices and training, summer is usually a time for NHL players to kick back and relax before the puck drops again in the fall.

The Calgary Flames have been no different, with many of their players letting loose over the past few months.

From weddings and golf trips (lots of golf trips…) to rattling off shots on strangers’ hockey nets, the Flames have had an interesting off-season to say the least.

Here are some of the highlights.

Flames fans had to hold their breath on this video, featuring ‘Johnny Hockey’ teeing up a golf ball in a… *ahem* precarious position in New Jersey.

Apparently a country music fan as well, Gaudreau and some friends took in a Dustin Lynch concert in early August as well.

Thanks @dustinlynchmusic for having my pals and I out for a great concert last weekend!

Usually a quiet guy on social media, Dougie Hamilton created a bit of a viral clip in July.

A twist on the #DriveByDunkChallenge made popular by NBA players this summer, Hamilton showed off his NHL shot on random street hockey nets and challenged his teammates to do the same.

It’s been quite an eventful summer for newly acquired goaltender Eddie Lack, who married his wife Joanna in late June and was traded to the Flames two days later.

What a day! Thank you to everyone who made this an unforgettable trip for us. You looked so beautiful honey and I'm so proud to call you my wife❤️ #mrandmrsLack

Never one to pass up a chance at a laugh, Lack will be using his newly released NHL 18 rating as motivation for the upcoming campaign.

When your rating goes under 80 you know it's time to pick it up. Thanks for the motivation @EASPORTSNHL 😉💪#NHL18Ratings pic.twitter.com/b8FCyP4Tth

After a standout rookie season with the Flames, Matthew Tkachuk traded in his hockey stick for a ping-pong paddle at Smashfest 2017.

Tkachuk formed a formidable pair with teammate Sam Bennett, but the real standout of course was Hockey Night in Canada legend Ron MacLean.

Known to get under the skin of his opponents in his first NHL season, one of Tkachuk’s most memorable moments came when he stole Brent Burns’ stick and took it with him to the bench.

It was a big day for the Lazar family in June, with Curtis celebrating his brother Ryan’s high school graduation.

But the real story here is the unimpressed dog in the baby carrier, let’s be honest.

Don't know how he pulled it off, but very proud of @ryanlazar_ for graduating high-school!

Lazar and Gaudreau both got into the Stampede spirit in July, saddling up for the annual Stampede Parade.

And more recently, Lazar got his first piece of ink in Kelowna. We can confirm the tattoo is located on his arm, but no word yet on what was drawn.

Huge thanks to @tradesmantattoo and Ryan for his work on my first tattoo yesterday! 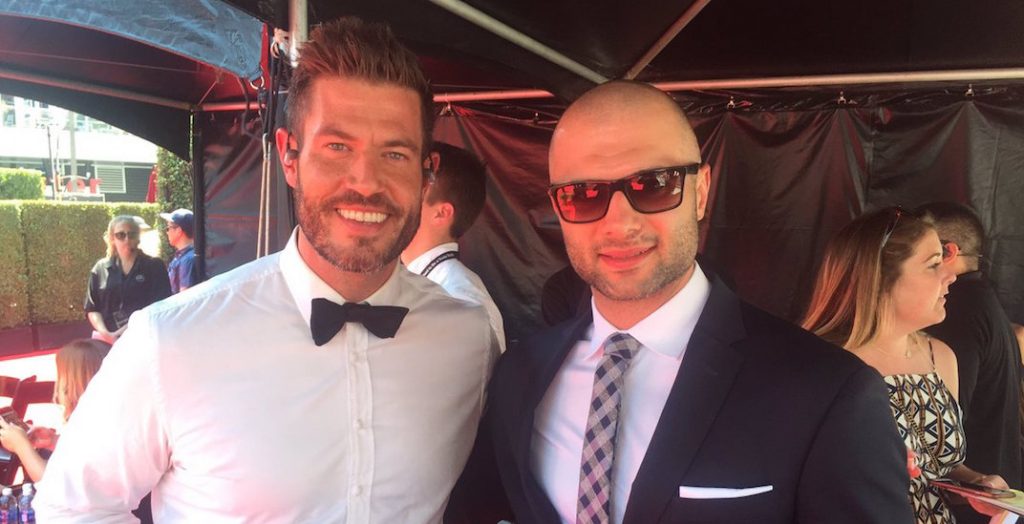 Some national attention for Flames captain Mark Giordano this summer, and for good reason.

Giordano took home the Muhammed Ali Sports Humanitarian Award at the 2017 ESPYS for his outstanding charitable work in the Calgary community.

Congrats Gio – you inspire us all. pic.twitter.com/HYFkawEbcS

Summer in prime ice cream season, this is a known fact.

A great moment captured for the Stajan family in June, as their dog Lola sneaks some ice cream between bites from two-year-old Elliot.

When your dog sneaks a lick of your kids ice cream and gets caught… #familyselfie #busted pic.twitter.com/liJ4Rg18SV

It’s been a quiet summer on social media for Flames centre Sean Monahan.

The same can’t be said for his ‘Boring Sean Monahan’ Twitter counterpart however, as a recent pillow incident caused shockwaves across the hockey world.

I woke up this morning and my pillow was on the floor. I picked it up and put it back on the bed with the other pillows.

Still… nothing can top Eddie Lack wearing a taco shirt, eating a taco.