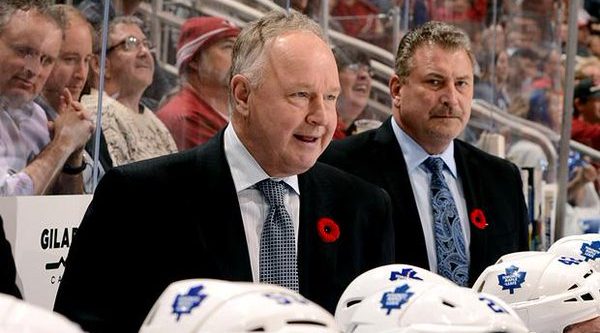 It’s been over a month since the Calgary Flames fired Bob Hartley and began their search for a new head coach. While teams like Ottawa and Minnesota were quick to find replacement coaches, the Flames have taken their time choosing their next bench boss.

It’s a pretty big decision to make, so you can excuse Brad Treliving for taking his time with this. Still, the unease of not knowing who will fill that important role is, to some degree, unsettling.

But it appears the Flames are getting close to finding their man. According to TSN Radio’s Matt Sekeres, the team has narrowed it down to three finalists for the head coaching gig.

Gulutzan apparently one of 3 finalists for #Flames job. Randy Carlyle is another. Decision expected in next day or two. #CanucksOn1040

Let’s take a closer look at these three coaches and how they’d fit in with the Flames. 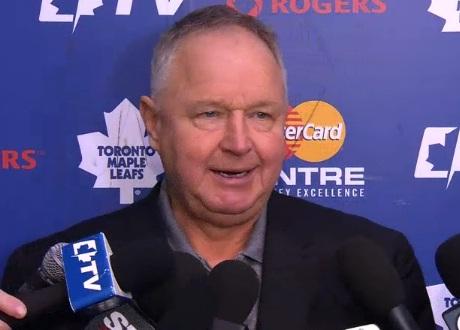 The most experienced and well-known of the three, Randy Carlyle has been a part of the coaching conversation in Calgary ever since Hartley’s firing. It makes sense. Carlyle has previously coached parts of eleven seasons in both Anaheim and Toronto. In both cases,  Brian Burke was the GM when he was hired.

But the Flames’ GM isn’t Burke, it’s Treliving, and it looks like he’s the one driving the bus here.

Is Carlyle a fit for the Flames? It’s tough to say, since Carlyle has been seen as more of an offensive coach, an area of strength already for the Flames. In addition, Carlyle’s last team – the 2014-15 Maple Leafs – were consistently outshot. Shot differential is especially important considering the question marks surrounding the team’s goaltending.

However, despite the shot differential, Carlyle did manage to go 21-16-3 with a +9 goal differential in 40 games before being fired that season. After his firing? The Leafs had an abysmal 9-28-5 record in the final 42 games with a -60 goal differential.

You can argue whether or not Carlyle fits with the Flames, but there was at least one team who played much better with him than without. 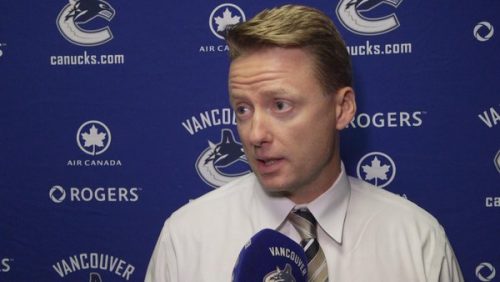 The coach of the Dallas stars from 2011-2013, Glen Gulutzan is currently an assitant coach for the Vancouver Canucks.

Aside from his two season stint with Dallas, Gulutzan has coached in both the ECHL and AHL, taking the Texas Stars to a Calder Cup final in 2010. In eight combined seasons in those leagues, Gulutzan had an impressive win percentage of .634%, and made the playoffs seven of eight times.

He’s done alright in his small sample size at the NHL level. Despite not making the playoffs, he has a winning record.

However, similar to Carlyle with the 2014-15 Leafs, the Gulutzan-led Stars were outshot by at least 200 shots in each season. That averages out to almost three shots-per-game in 2011-12, and over four shots in the lockout shortened 2012-13 season.

Gulutzan was also a part of the Canucks team that was tied for the worst shot differential in the NHL last season, at -4.4.

It’s unfair to pin all that on Gulutzan, but it does have to raise a few red flags about the effectiveness of his systems in terms of generating and suppressing shots. 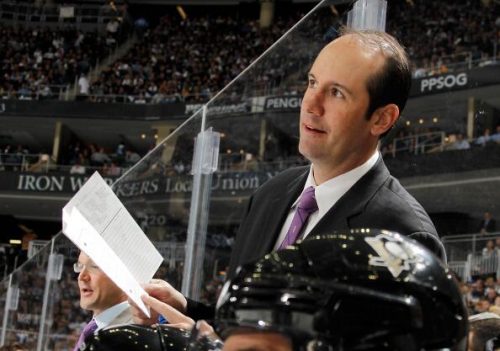 The final candidate for the Flames head coaching gig is one who’s never been a head coach in the NHL – Todd Reirden.

Hmmm. Out of this new #Flames shortlist, I think Reirden would be my preference. Strong reputation as a D coach, oversees caps PP.

Reirden is by far the most intriguing option of the three. https://t.co/FMl44uXO0o

Reirden has been an assistant coach in the NHL since 2010. He was with Pittsburgh from 2010-2014 before joining the Washington Capitals, the team he’s currently with.

Unlike the previous two coaches, Reirden has a reputation as more of a defensive coach, something that matches well with the current weaknesses of the Flames. He also oversaw the Capitals powerplay that finished 5th in the league.

In the two seasons with Reirden as assistant coach, the Capitals allowed 203 goals and 193 goals respectively. The season prior to Reirden, they allowed 240.

Granted, Barry Trotz joined Washington the same season Reirden did, so it’s hard to pinpoint where the credit should go.

The lack of experience as a head coach would make this a bit of a risky hire, but all the best decisions have some degree of risk involved.

Every coach has to start somewhere, and after six seasons as an assistant coach, Reirden may get that start in Calgary.