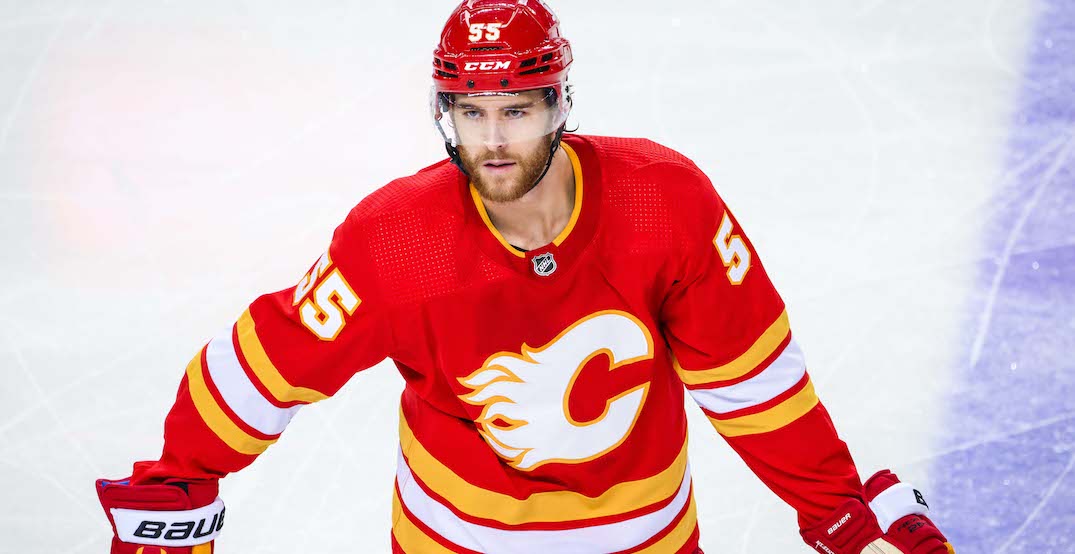 This is tough news for the playoff push.

The Calgary Flames will be without defenceman Noah Hanifin for the rest of the season, as the team announced he will be undergoing season-ending shoulder surgery.

Hanifin was injured in Saturday’s game against the Montreal Canadiens. The 24-year-old blueliner left the game after delivering a bodycheck to Corey Perry along the boards.

Hanifin is third among Flames defencemen in points (15), and fourth in average ice time (20:01) this season.

The loss of Hanifin comes just as the Flames are attempting to charge back into the playoff race, following a pair of wins against the Canadiens. If they win again tonight, Calgary can pull to within just two points back of Montreal.