After the Calgary Flames made it to the second round of the playoffs in 2014-15, many fans had high expectations for the Flames this season.

A year ago, analytics experts pointed to a number of areas to say the Flames defied logic and were lucky to make the postseason. But you don’t need advanced statistics to know what doomed the Flames this season: goaltending.

The team’s .892 save percentage was the only one in the NHL below .900, dead last in the league by a country mile. You won’t get anywhere close to the playoffs with that type of goaltending, evident by the Flames 26th-place finish despite being a top ten offensive team this year.

The Flames used four different goaltenders this season: Jonas Hiller, Karri Ramo, Joni Ortio, and Niklas Backstrom. Not a single one had a save percentage over .910, while Hiller and Backstrom were both in the .800s.

Thankfully, not a single one is under contract for next season, meaning the Flames have room to explore options in goal this summer.

With Hiller signing a contract in Switzerland, and 38-year-old Backstrom likely done at the NHL level, the Flames could only consider re-signing Ramo or Ortio. Ramo put up the best numbers of the bunch with a .909 SV% while going 17-18-2, while the younger and more affordable Ortio sported a .902 SV% with a 7-9-6 record.

The Flames have some solid prospects in goal, so they aren’t necessarily looking for a long-term goalie fix. Jon Gillies looks promising as a 22-year-old, but he’s likely still a few seasons away from being NHL-ready. Mason McDonald was drafted in the second round in 2014, but he too will need a few years to develop.

Whether Ramo, Ortio, or neither stays in Cow Town, expect at least one of the two goalies in the Calgary crease next season to be a new face in the locker room. 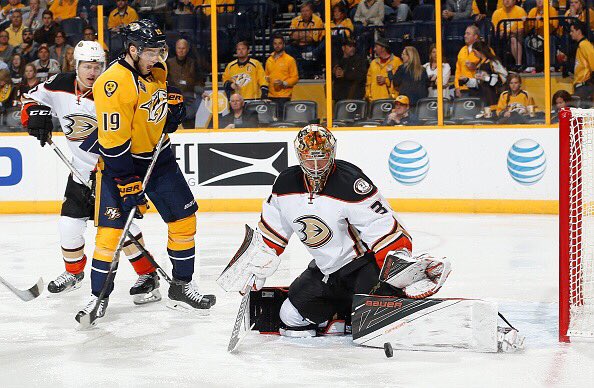 The 26-year-old Anaheim Ducks netminder had a solid year splitting time with a younger John Gibson, his third NHL season. He went 22-9-4 to go along with a solid 2.30 GAA and .919 SV% in 43 appearances this season. He will also win the William M. Jennings Trophy with Gibson this season, awarded to the goalies of the team with the fewest goals against in the regular season.

The question surrounding Andersen is if he will be available in free agency. He’s been rumoured to hit the market all season due to his contract expiring this summer and Gibson getting the bulk of the starts (including Game 1 of the playoffs) at just 22 years of age.

Things got a little interesting in Game 3, when the Ducks decided to give Andersen the nod and he responded with a shutout. He then played Games 5 and 6. Now heading into a Game 7 tonight against Nashville, the outcome could very well be a major factor in whether or not Andersen hits free agency. If he does, he’ll be the best goalie available and should be a top target for the Flames. 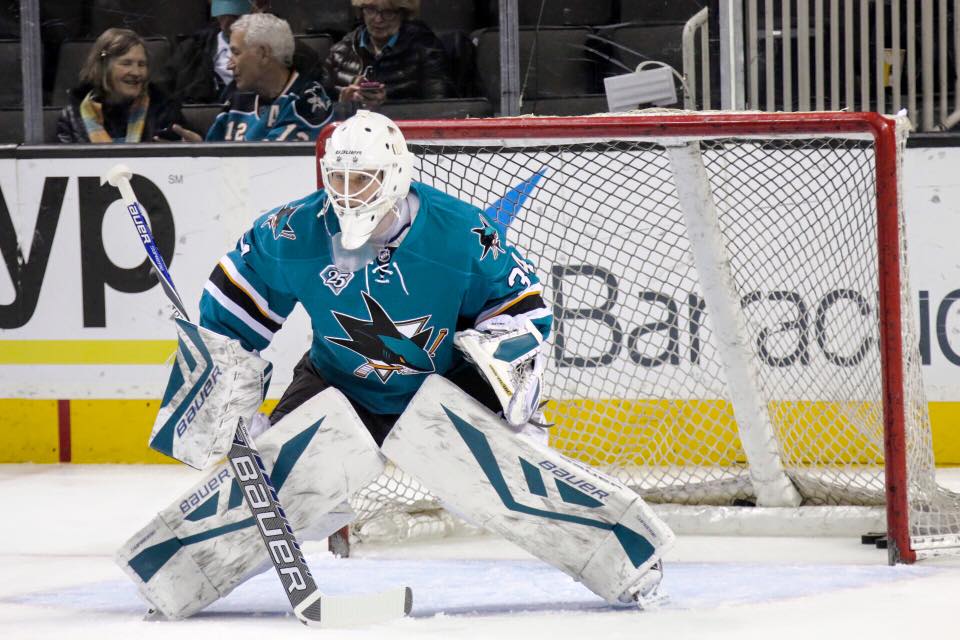 After an impressive showing in the Toronto crease for the bulk of the season, Reimer was traded at the deadline to the San Jose Sharks. The 28-year-old put up a .918 SV% with the abysmal Maple Leafs, and that jumped to .938 in his eight games with the Sharks.

That said, Reimer doesn’t appear to have a future in San Jose, at least not as a starter. Martin Jones has done great in his first year as a #1 and was a huge part of the Sharks first round win against L.A.

Reimer hasn’t quite established himself as an NHL starter, never playing more than 40 games in a season. That said, it could be a good short-term look for the Flames while they continue to develop Gillies and McDonald, who would have less trouble taking the starting reigns from a Reimer compared to an Andersen. A Reimer-Ortio or Reimer-Ramo tandem would still be an upgrade to the Flames goaltending. 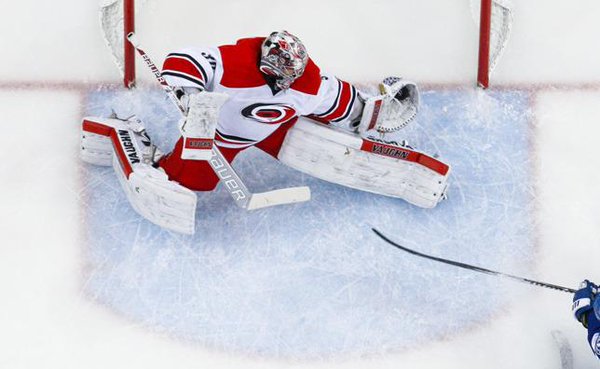 The most experienced name on this list, Ward has what Reimer and Andersen do not, a Stanley Cup ring. The 32-year old has a career 2.70 GAA and .910 SV%, all with a Carolina Hurricanes team that’s usually bottom-10 in the league.

With Eddie Lack starting his new contract next season, it seems as though pending-UFA Ward will hit the open market.

Ward’s age and experience would bode well with a relatively young and inexperienced Flames team. He could be a mentor to the younger goalies in the organization, and due to his age, could easily slide into a backup role in 2-3 seasons time if Gillies or McDonald are ready. If the Flames feel their goalie prospects aren’t too far away from the NHL, Ward could be a good pickup this summer. 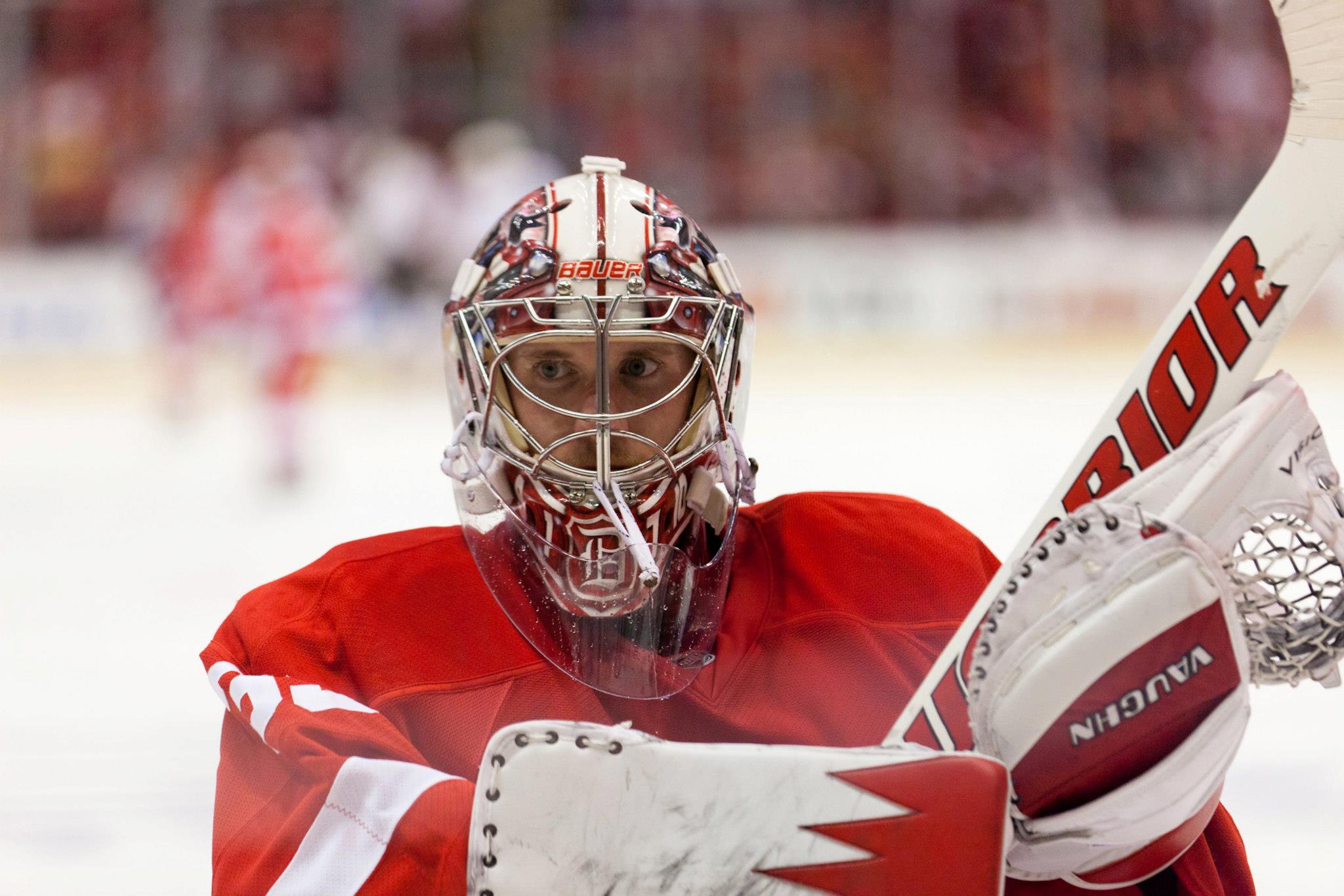 Rather than looking at free agency, the Flames could opt to trade for a goalie this summer. Potential trade targets could include Jimmy Howard or even Marc-Andre Fleury.

Howard has been battling the crease with the younger Petr Mrazek for the past two seasons, and with Mrazek due for a raise this summer, Howard could be a trade chip for the Red Wings. He has a career .915 SV%, though he hasn’t hit above .910 in any of his last three seasons. The 32-year-old has three years left on his deal with a cap hit of $5.3M.

Speculation of a Fleury trade has only begun this postseason, with rookie Matt Murray handling the crease very well while Fleury recovers from a concussion. If Murray continues his play, Pittsburgh could view Fleury’s $5.75M cap hit for the next three seasons as expendable. The 31-year-old is coming off a career-year, posting a 2.29 GAA and .921 SV%, and would likely cost considerably more assets than Howard in a trade.

Both Howard and Fleury have no-trade clauses, but there are many instances of teams getting around those in recent history.

Whether the Flames choose to go the free agency or the trade route, one thing is certain: whatever the crease looks like next season, it can’t be worse than what we saw this year.