Instead of opening for business, Fiasco Gelato took to Twitter to let the people of Calgary know about the fire and that they won’t be open for business any time soon.

Fiasco Gelato is well a beloved community staple and may Calgarians, including Mayor Nenshi offered their support in wishing Fiasco Gelato a speedy reopening.

Sorry to hear about the fire at @fiascogelato, one of the greatest community businesses. You guys will bounce back fast, I know! — Naheed Nenshi (@nenshi) December 19, 2015

The good news is that no one was in the shop at the time. The bad news is that the damage is extensive and the shop isn’t expected to reopen any time.

Fiasco Gelato has been overwhelmed by the community support. 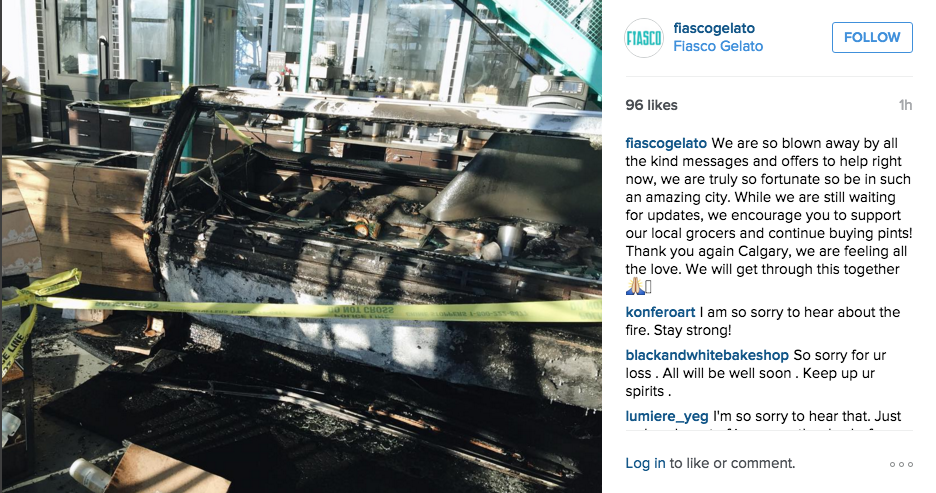