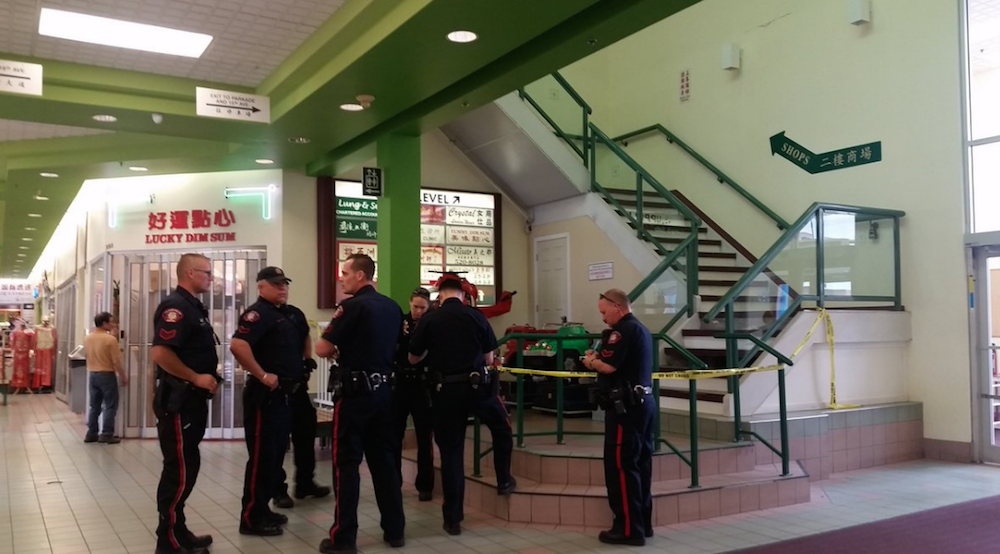 One person is dead and two are wounded, with one in police custody, after an attack at a Calgary doctor’s office.

Around 2:30 pm on Thursday, June 16, police were called to a medical clinic in the 1600 block of Centre Street North.

Reports of multiple people having been stabbed were called in and when officers arrived, they found one man dead and two other people with non-life threatening injuries.

One woman was taken to the hospital, and a man was treated on scene and then taken into police custody.

Duty Inspector Dean Lagrange of the Calgary Police Service says the incident is domestic in nature and that the three people involved all knew each other.

Lagrange also said that, to his knowledge, the deceased ran the Perpetual Wellness Chinese Medicine Centre in the Central Landmark Mall on 16th avenue.

Police say they will release the name of the suspect once charges are laid.

We are currently on-scene investigating a fatal stabbing at a medical clinic in 1600 Blk of Centre ST N. #yyc https://t.co/HTwbFC26C9

@TheHomeboyChris When charges are laid we release the name of the accused.