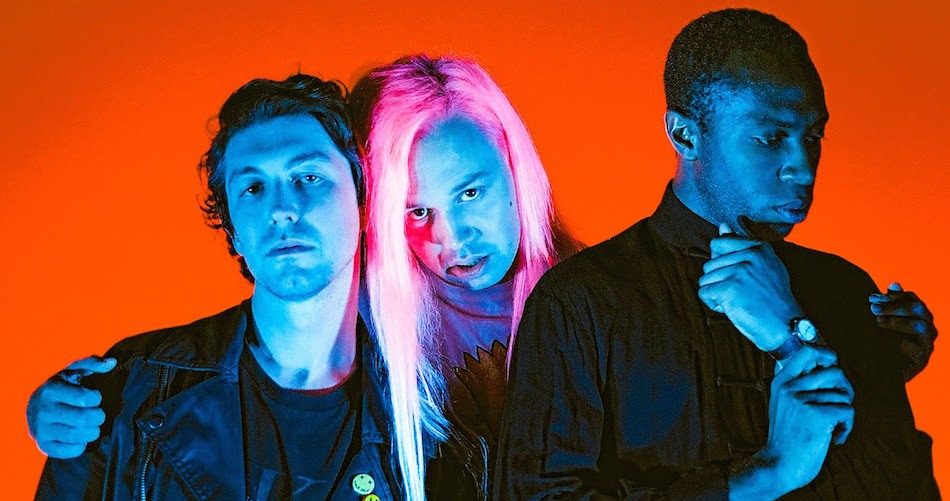 The revamping process of Fake Shark Real Zombie first began in 2015, when the Vancouver band killed off the second half of their name. Now, after teasing fans with singles “Cheap Thrills,” “Something Special,” and “Heart 2 Heart” over the last couple of years, Fake Shark has announced that they will release their anticipated new full-length, Faux Real, through Light Organ Records on May 26.

Sessions for Faux Real, began three years ago, with primary songwriters Mental and Louis recording 70 songs for the album, and frequent collaborator Steve Bays (Hot Hot Heat, Mounties) producing a handful of the tracks. Throughout the process, mistakes were embraced and purposely included in some of the final mixes, alongside an overall more cohesive and evolved experimental sound that hones in on Fake Shark’s knack for catchy hooks and bright dance-rock beats.

“We’ve been guilty in the past, with the old version of the band, of every song sounding like a different band,” Mental said in a statement. “That’s easy for us to do because we like lots of diverse things. But I wanted this album to sound in the same universe.”

“We tried to keep a lot of it honest and keep the energy of the moment,” Louis added. “The mistakes give it magic.”

Fake Shark will be embarking on a summer tour in support of the new album and band’s new chapter. The full list of tour dates can be found here.