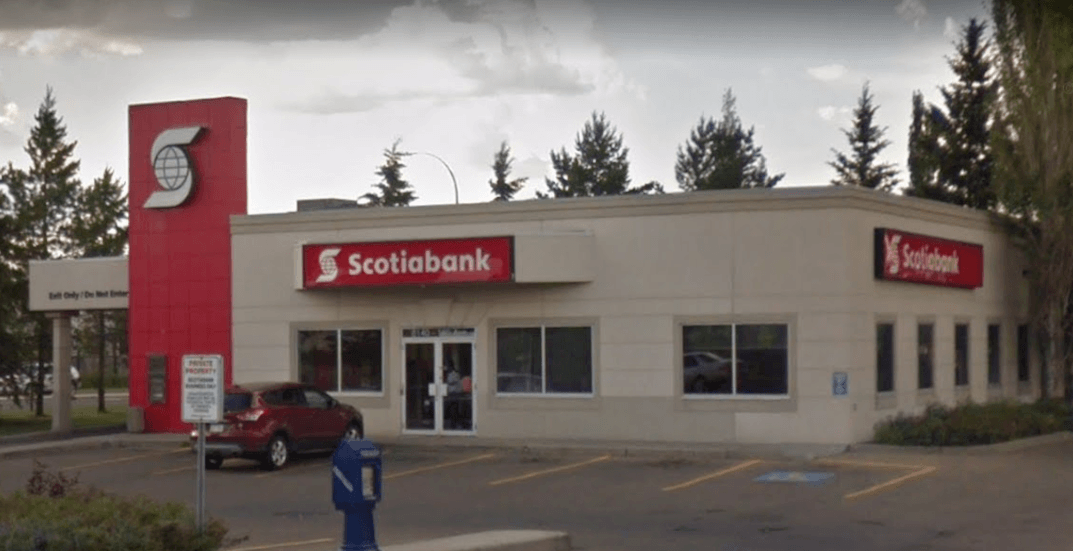 A release from the Edmonton Police Service states that an explosion occurred at a bank near the intersection of 160th Avenue and 81st Street around 2:10 am on Thursday, injuring two armoured guards after they entered the bank’s lobby.

The suspect then allegedly stole cash from the guards before fleeing the scene on foot, heading east. 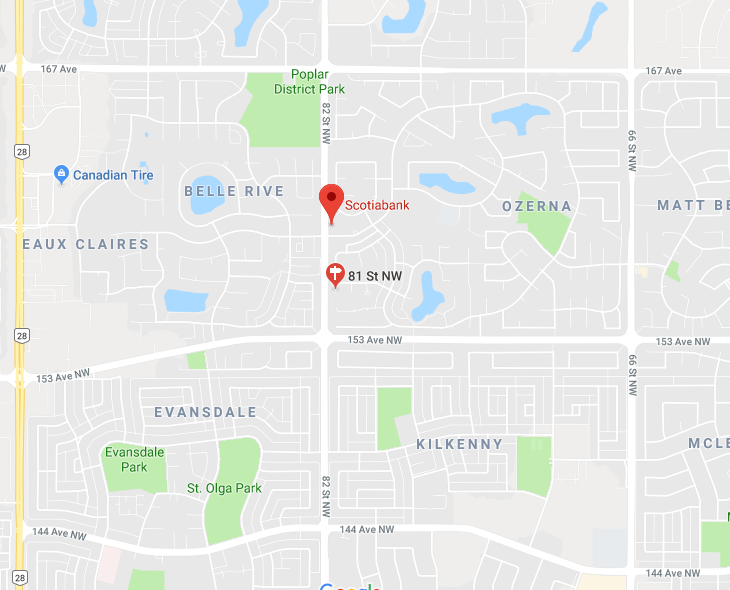 A Scotiabank at 160th Avenue and 81st Street (Google Maps)

Both a female and a male guard were transported to hospital shortly after the incident, where they are being treated after sustaining non-life-threatening injuries.

Police stated that the suspect had been wearing a disguise during the robbery, and therefore they do not have a description to supply the public.

Anyone with information on the suspect or the incident is asked to contact the Edmonton Police Service at their non-emergency number of 780-423-4567, or anonymously through Crime Stoppers by calling 1-800-222-8477, or online through their website.