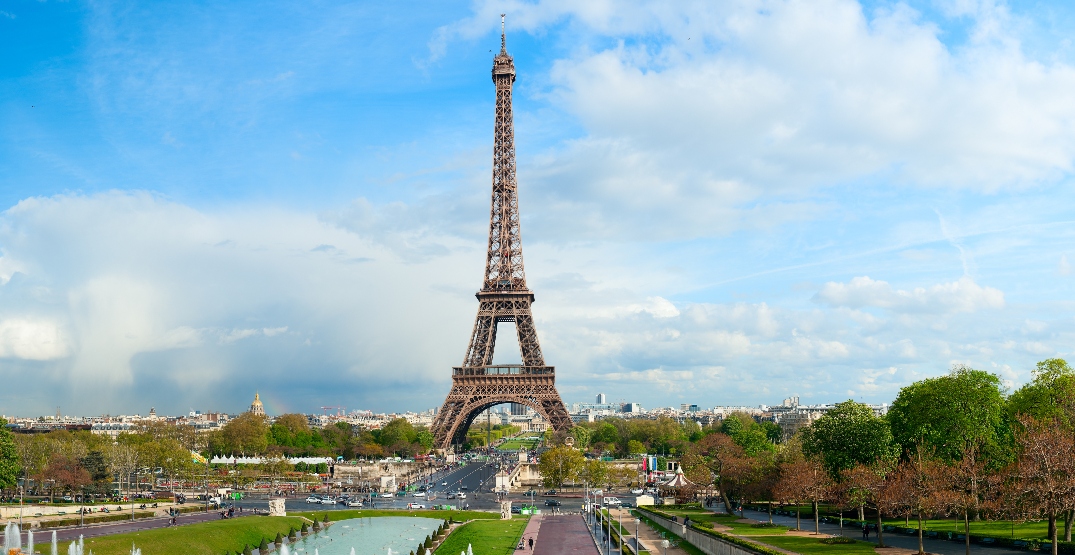 Throughout the 1960s, former Montreal mayor Jean Drapeau made countless efforts to put his beloved city on the map. This included securing the 1976 Olympics, developing the Montreal metro system, obtaining an MLB franchise, and of course, the world’s fair.

Better known by its nickname Expo 67, the 1967 Universal Exposition, in many ways, made Montreal a household name. The six-month-long event cost Canada, Québec and Montréal $283 million. But it could’ve been way more expensive had one of Drapeau’s ideas not fallen through.

Believe it or not, before the Expo got underway, Mayor Drapeau and then French President Charles de Gaulle had plans to ship the Eiffel tower from Paris to Montreal.

According to a 1980 report from The Montreal Gazette, talks between the French capital and Montreal laid the groundwork for a plan for the construction of a new giant concrete tower in Montreal. But when costs proved too high, the project was scrapped and replaced with an even more eccentric idea.

Upon learning that there would be no “Montreal Tower” in time for Expo 67, someone in the mayor’s cabinet made a suggestion to simply borrow the Eiffel Tower from France. That way, Montreal would still have a monument to show off in time for the exposition. While the idea was presented as a joke, Drapeau would seriously ponder the logistics of transporting the tower from the Champ de Mars.

Plans moved far enough that De Gaulle was also seriously considering the move after studies determined the feasibility of dismantling and transporting the steel tower. There were even plans to place a sign in its original location saying that it would return once the Expo concluded in October of that year.

Historian Jean-François Nadeau told Radio-Canada that while the idea was tossed around, and even though Drapeau’s office sent an official request to the president, it was never seriously considered by the French.

“The French administration ended up responding, in a very diplomatic way, but with a bit of a joke: ‘Of course, we lend it to you, if you can guarantee that you will preserve all of the 60 tons of paint, the 18,038 pieces of metal, the 2.5 million rivets, that you move it to us and that you put it back as it is.'”

Finally, after months of speculation and discussion, the Société de la Tour Eiffel concluded that the risk of irreparable damage to the monument was too great. As a result, the old Iron Lady stayed right where she was.

And Montreal’s festivities, despite her absence, turned out just fine.