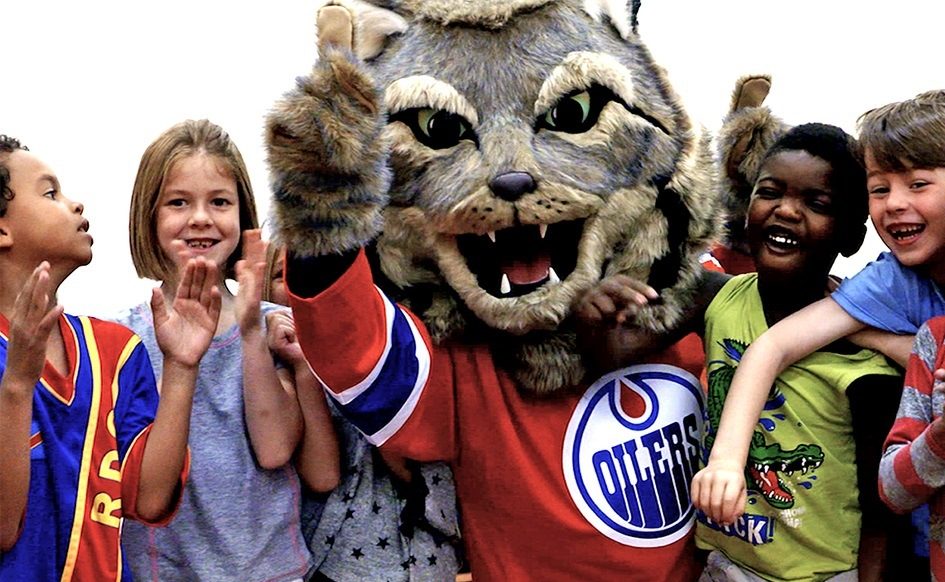 The Calgary Flames have been getting the better of the Edmonton Oilers over the years. The classic ‘battle of Alberta’ has been won by the Flames 117 times, compared to just 93 by the Oilers.

Perhaps it’s fitting then that the new mascot for the Oilers is ‘Hunter the Cat.’

It’s a well-known fact that cats are afraid of dogs, so it seems the Oilers have chosen a mascot that accurately depicts the history of the battle of Alberta.

Outside of that fact, ‘Hunter the Lynx’ is still not a good look for the Oilers. Aren’t mascots supposed to be for the kids? If I was a kid I wouldn’t want to be anywhere near that freaky looking thing!

Most of hockey Twitter seems to agree, and they’ve spent the morning roasting Hunter and the Oilers.

Hearing rumours that the Oilers are looking to trade Hunter the Lynx for a right handed Koala Bear.

Even the new mascot looks angry after watching this team for the last decade. pic.twitter.com/zl7zp4LAnO

oilers taking their first L of the season i see

The Flames and Oilers will get an early taste at renewing their rivalry tonight at 7pm, as they play their first preseason game of the year.

It’s at the Saddledome, so thankfully, Hunter will be watching this one from home while we can cheer on the boys with our loyal dog Harvey the Hound.