A 4.2 magnitude earthquake has struck near the community of Fox Creek, Alberta, some 244km north-west of Edmonton.

The quake struck at about 10:27 a.m. Mountain Time on Tuesday just 18km north of Fox Creek. While the cause of the event has not yet been clearly determined, it is likely due to fracking in the area which has caused moderate quakes before.

There have been a total of three earthquakes near Fox Creek in the last year over a magnitude 4, with the largest being a 4.6 magnitude on June 13, 2015. Another 4.4 magnitude hit on January 23, 2015. A total of 365 seismic events were recorded by the Alberta Energy Regulator in the province last year, most being less than 50km away from Fox Creek.

Today’s quake registered as occuring 16km below the earth’s surface. 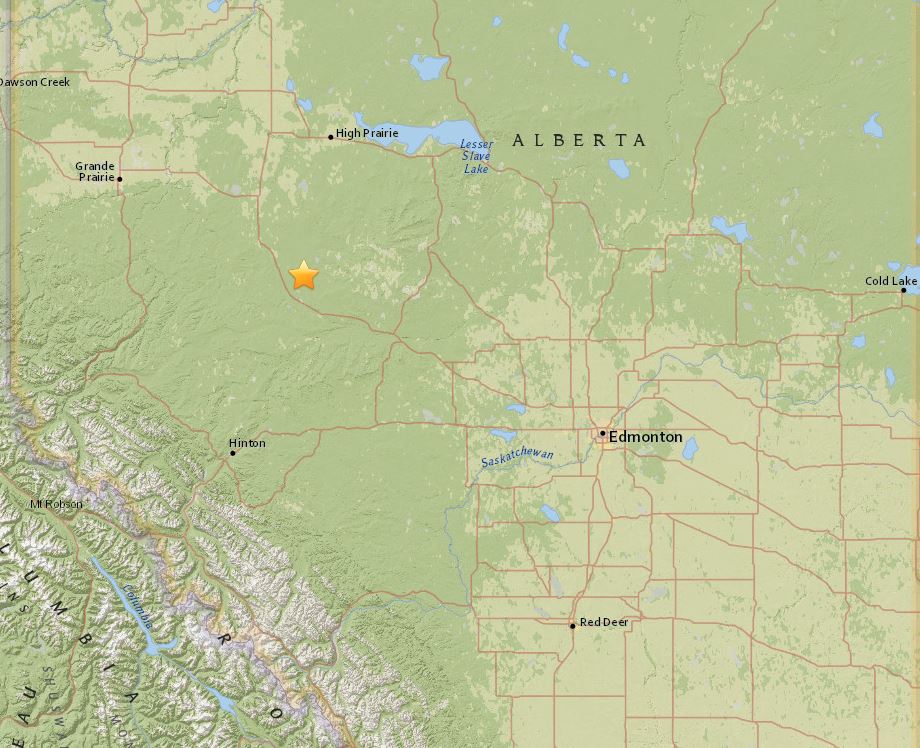