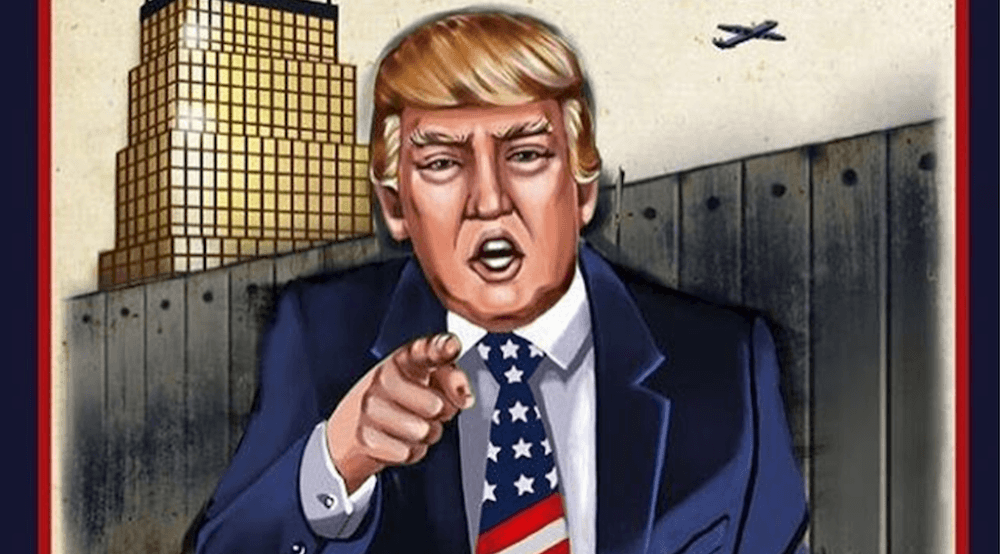 Confined Escape, opened its new “Escape Trumps Tower” room last week and the premise behind creating the locked room is a little eerie.

Marketing and Social Media Manager at Confined Escape, Alyson Turnbull says the idea was formed before the election was over, and like a lot of people, they didn’t actually think Trump would win.

“Our brainstorming was originally for ‘an alternate universe where Donald Trump was elected president’ and it was set to be very comic book-esque. And then he won,” Turnbull told Daily Hive laughing. “So we had to revamp the storyline to fit that reality. As Canadians I think a lot of us tend to try to look at things we can’t change with a sense of humor and this guy really gives us a lot of material.”

The executive order has been signed! Escape Trumps Tower opens to the public on this Monday, March 13th 2017. It’s going to be the best escape room anyone has ever seen, tremendous, no one else has ever had an escape room like ours. Go to BOOK NOW on our website (link in bio) to be one of the first to have this huge (yuuuge) experience. We are going to have an unbelievable, perhaps record-setting turnout for the opening of this room, and there will be plenty of movie and entertainment stars. All the dress shops are sold out. It’s hard to find a great dress for the opening of this escape room. #MakeEscapeRoomsGreatAgain #MERGA

As you enter the lobby of Trump tower, you see that the security guard is away from his desk and a recording is playing telling you where you are. Then good old Bernie Sanders makes a cameo explaining that someone on the inside has left you clues in order to ‘take the Donald down.’

You’ll get 60 minutes to crack the code costing $25 per player. Organizers say the tower is recommended for those aged 17 and up only.

The Northeast escape room also has the only 3D escape room in North America, Alice in 3D, where you can have your own adventure down the rabbit hole. Other rooms include Cabin Fever and Frankenstein which will be opening soon.