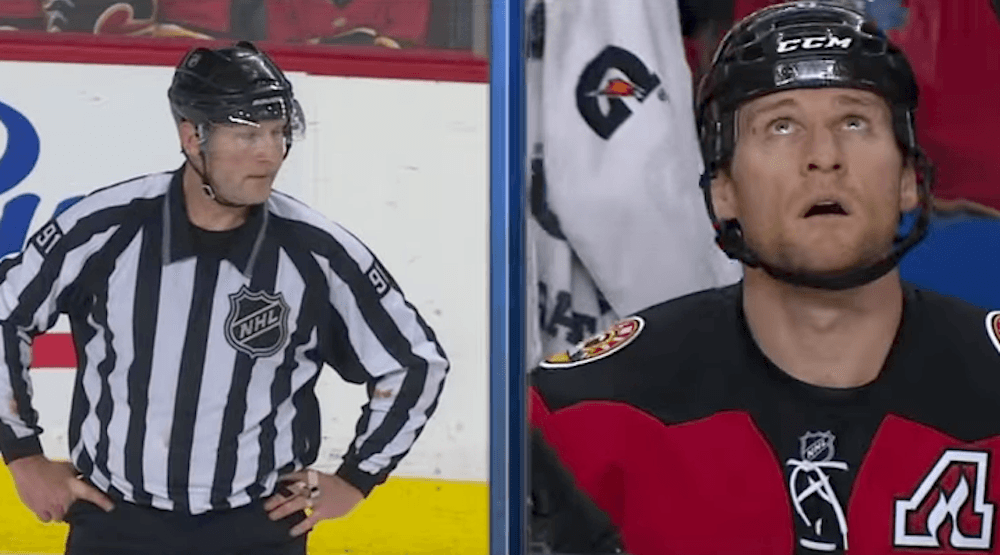 Talk about being kicked while you’re already down.

A day after the Calgary Flames’ season came to an abrupt end in a four-game sweep by the Anaheim Ducks, they found out that they’re being sued.

The legal action is the result of Wideman’s bizarre attack on Henderson during a game on January 27 of last year.

Wideman was suspended 20 games for his actions, which was later reduced to 10 games (though he had already missed 19 of them) after an appeal. He apologized to Henderson and told the media that he didn’t intend to hit him.

“I had some pretty good pain in my shoulder and neck,” Wideman explained at the time. “I was just trying to get off the ice. I was kind of keeled over. At the last second, I looked up and saw (Henderson). I couldn’t avoid it. I went up to Donnie and apologized to him on the ice. I didn’t see him. I didn’t know where to go or how to get out of the way.”

Henderson says Wideman cost him ten million in lost/future income and earning capacity. #flames have not filed statement of defense yet

Henderson was seriously injured on the play, needing neck surgery in the summer and hasn’t worked an NHL game since.

These are injuries claimed by referee Don Henderson in lawsuit (as well as head injury and concussion) #nhl pic.twitter.com/T980Bl1FEc

The longtime NHL linesman had officiated over 1,300 games since joining the league in 1994.