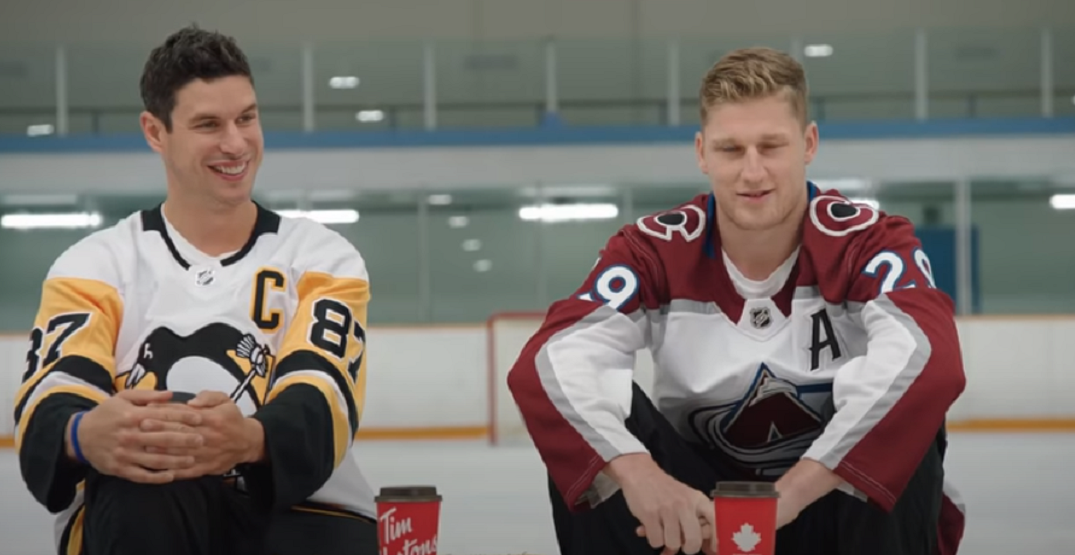 Sidney Crosby is no stranger to a good Stanley Cup party, having won three championships of his own by now with the Pittsburgh Penguins.

But the notoriously private Penguins captain seemed to enjoy one of his closest friends winning his first NHL championship just as much as if it was one of his own.

On an appearance on Sportsnet’s 32 Thoughts podcast with Elliotte Friedman and Jeff Marek, Crosby says he was “at least top-five” drunkest at Nathan MacKinnon’s Stanley Cup party earlier this summer.

While they’re eight years apart in age, the pair grew up in the same town of Cole Harbour, Nova Scotia, just outside of Halifax. And when MacKinnon brought the trophy to his home province earlier this summer, well, his good friend was a little more than half in the bag.

Friedman suggested to his podcast guest that MacKinnon figured Crosby was “top-10” drunkest people celebrating this past summer at the Halifax Alehouse bar.

“I’d say at least top-five,” Crosby replied. “[MacKinnon] left two hours before I did. I think I shut down the Alehouse that night.”

LMAO he got so offended that he wasnt recognized as the drunkest.

While the party session might seem a little out of character for the oft-reserved Penguins forward, it appears he was just living up to his pal’s challenge.

“I’ve been the drunkest guy for two of his [Stanley Cup parties], so [Crosby] better be drunk at mine,” MacKinnon said in an interview following the Avalanche’s championship win in June.

There’s no word yet on who the top-four candidates were.