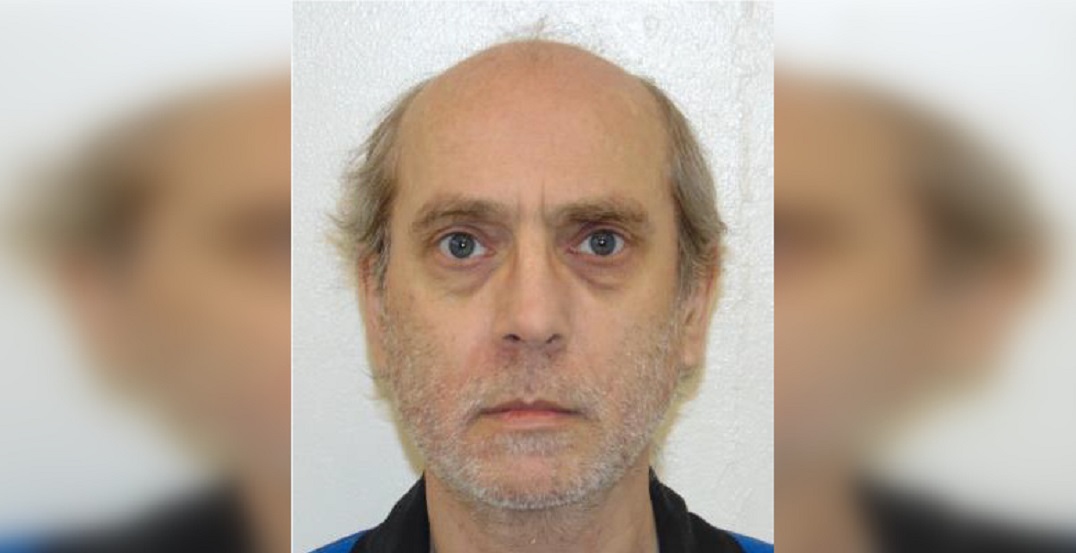 The Calgary Police Service is warning residents that a high-risk offender has been released into the Calgary area.

A statement from CPS states that 52-year-old Alexander Bathgate was released into the Calgary community on Thursday, April 16, after serving three years on charges related to child pornography and breach of a court order.

The release also notes that Bathgate had previously been convicted of sexual assault, sexual interference, assault, possession of drugs, robbery, theft, and several breaches of court orders, with the majority of these crimes taking place in BC’s Lower Mainland and Prince George.

He had also committed offences in Calgary, Edmonton, Medicine Hat, Ontario, and Dryden, according to the release.

CPS describes him as “Caucasian, 5’9″ tall, and 160 pounds. He has grey hair and brown eyes,” and he has been known to use the alias Alex Wisla.

He can also be recognized by distinct tattoos including a woman’s face and a stack of skulls on his shoulders and a demon face and flames on his chest, the release states.

He is currently being monitored by the Calgary Police Service High Risk Offender Program.

Calgarians are warned against embarking on any form of vigilante action against Bathgate, and that the intent of the high-risk offender advisory is so that the public can take “suitable precautionary measures.”