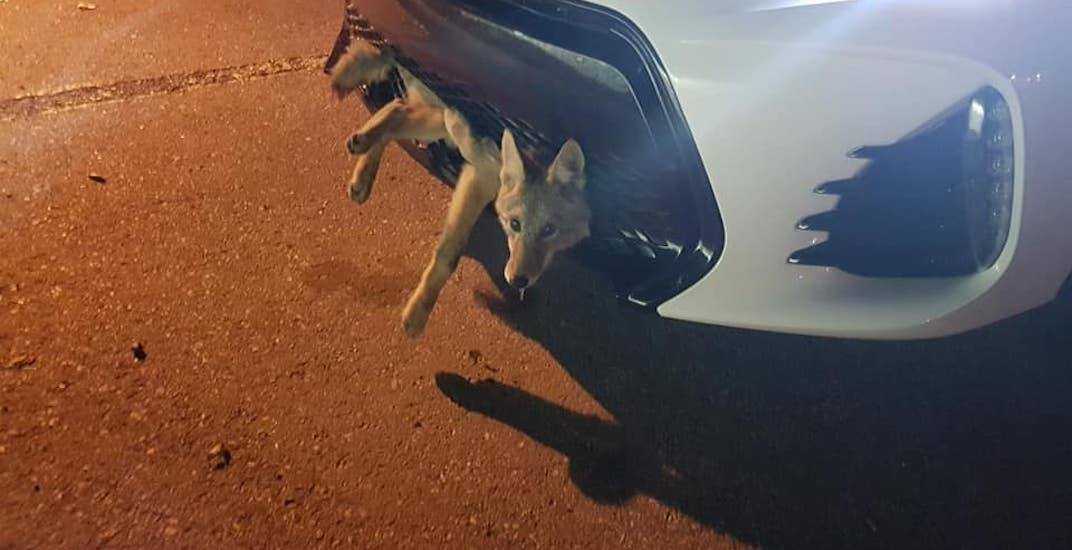 The coyote that was hit on an Alberta highway and embedded into a grille last week is shown being safely released in a video from Alberta’s Fish and Wildlife Enforcement Facebook page.

The animal was accidentally hit by Georgie Knox on her way to work, and was only noticed once a construction worker saw him hanging out of the grille, according to Knox’s Facebook post.

Knox notified Alberta Fish and Wildlife Enforcement, and they arrived to assist the trapped coyote.

Fish and Wildlife Enforcement posted a video on Tuesday of its release back into the wild, stating in the post that the animal was deemed healthy, and that “the coyote also showed no signs of being habituated to humans. With no concerns detected, the coyote was released back into the same approximate geographic area it came from but further west, away from traffic hazards.”

In the video you can see the animal quickly take off after a bit of urging from the Fish and Wildlife Enforcement officer, running as though it hadn’t been recently hit by a car travelling at highway speeds.

The post also mentioned that this was a new situation for the officer attending to the distressed animal.

“Over and above his regular duties of catching poachers, the officer has been involved in many rescues over the years, but this was the first time he has seen a coyote stuck in the grill of a car,” the post read.