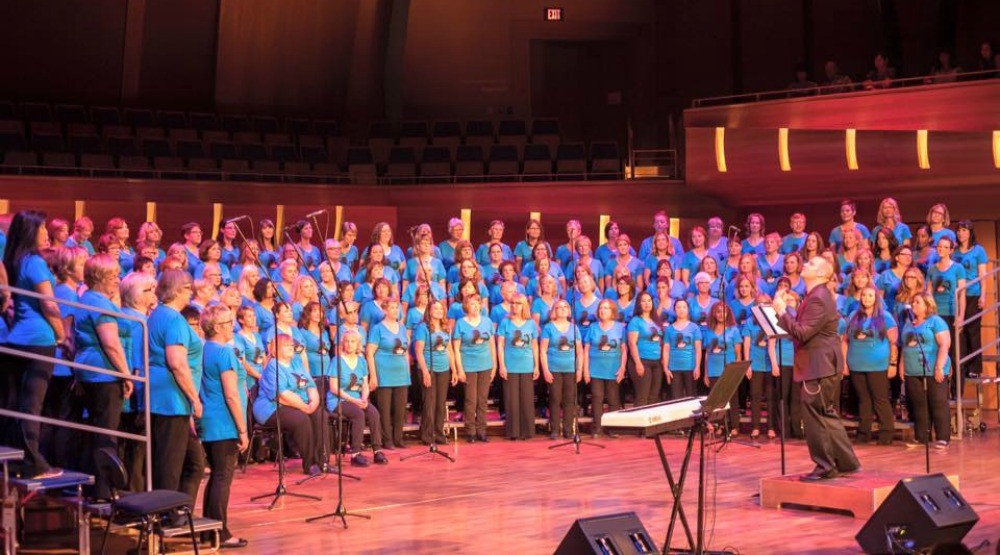 You can hear more than 250 Canadians perform rock and pop songs at the Cool Choir Rocks the Jube show on Friday, June 23.

Taking place at the Southern Alberta Jubilee Auditorium, the show will feature Calgary’s largest adult pop and rock choir singing re-works of your favourite classic hits. And it’s all in celebration of Canada’s 150th birthday.

But this isn’t your average concert either as you’ll hear feel good songs performed in spine-tingling harmonies thanks to creative director of Cool Choir, Jamie Serafi.

An awesome aspect is that Cool Choir is non-auditioned, so if you’re over 18 and you love the show, you could join the choir and sing at their next event. It’s that easy. 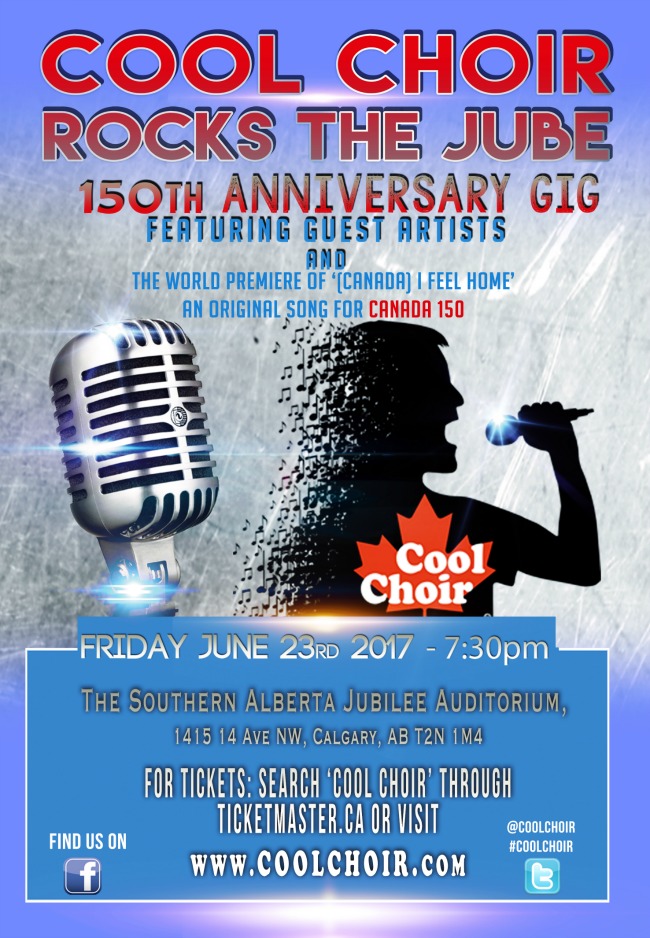 This massive anniversary show will be the biggest choir experience that you’ve ever seen. And tickets to the event are starting at $27, available online through Ticketmaster.

Guest artists are slated to perform throughout the evening too, so you never know who you might see.

Cool Choir came runner up for this year’s ‘Best Music Act’ as part of the ‘Best of Calgary’ awards. The group also became the first ever choir to perform at this year’s Lilac Festival – Calgary’s largest live music festival. Cool Choir does some very cool performances including flashmobs in public and on public transport, street performances, and much more – redefining what it means to be part of a choir within the 21st century.

Cool Choir will be singing an incredibly unique rework of the National Anthem and some well-known songs by iconic Canadian artists as part of their Canada 150 festivities.

But that’s not all. When you attend the event, you’ll be the very first audience to hear ‘(Canada) I Feel Home,’ a brand new song which has been written exclusively for this Cool Choir mega showcase by Jamie Serafi and local Calgary poet, Richard Harrison.

So what are you waiting for? Get your ticket for Cool Choir soon so you can get ready for a buzzing all-star evening of evening.