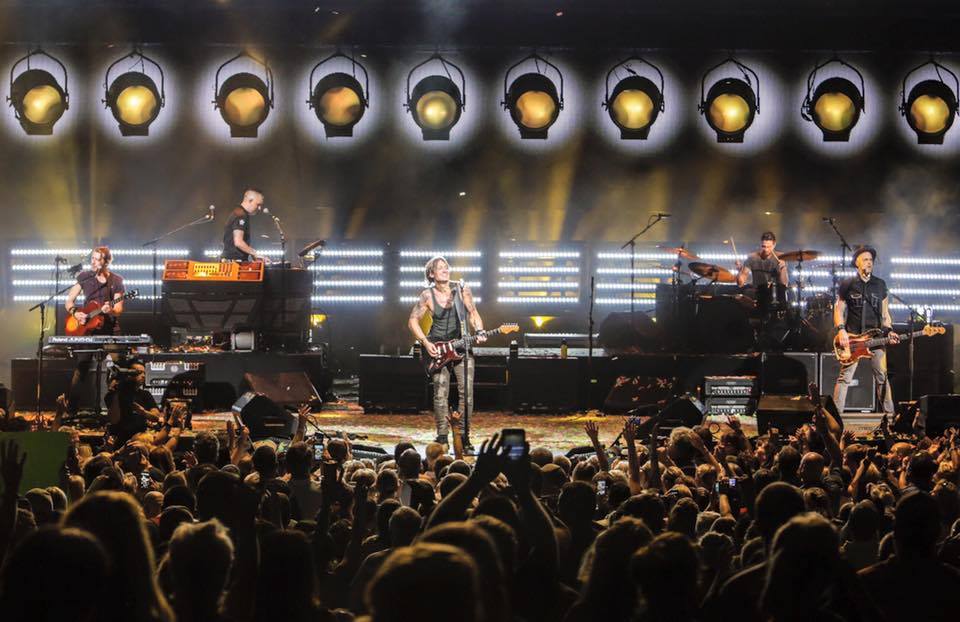 There’s something for all musical tastes in Calgary this September.

Country superstars Keith Urban and Dolly Parton are expected to bring huge crowds to the Scotiabank Saddledome, while fans in the mood for a festival have a few amazing ones to choose from. Check out our picks for the hottest shows invading our city next month.

For those about to rock, X Fest salutes you. Celebrate Labour Day weekend with a stellar lineup that includes Twenty One Pilots, The Lumineers, Halsey, and Canadian rockers Arkells. And for the low-low price of $5,000, fans can buy a VIP Cabana that includes 10 VIP weekend passes, a dedicated serving staff and, best of all, private bathrooms.

Canada’s largest hip hop festival returns to Calgary on September 10 with a jaw-dropping roster that features Big Sean, Tyler the Creator and more. Last year’s inaugural One Love Fest lured 8,000 hip hop fans to the festival grounds; organizers are hoping to increase that figure and have promised improved sight lines and amenities for this year’s attendees.

When: Friday, September 10 at 11 am
Where: University District Park, West Campus Blvd NW
Tickets: Available online from $17.50 to $35. All ages

5FDP and Papa Roach are teaming up for a co-headlining tour that will rock venues from one side of Canada to the other. The groups have score an impressive 10 #1 singles between them and are generously donating $1 from every concert ticket sold to a wildfire relief charity.

David Crosby has sold millions of albums and has been inducted into the Rock & Roll Hall of Fame twice – as a member of Crosby, Stills & Nash, and a founding member of The Byrds. Expect the singer-songwriter to perform songs from both periods, in addition to songs from Croz, his first solo album in 20 years.

Not only does Keith Urban have the prettiest hair in country music; he has one of the genre’s prettiest voices, too. Expect the awesome Aussie to play hits from 2016’s Ripcord, in addition to Grammy-winning favourites like “You’ll Think Of Me” and “Stupid Boy”.

Producer and English DJ Duke Dumont was one known for his remixes. But he’s since taken over the electronic scene, playing major festivals globally and he’s back in Calgary to hit the city up with some groovy dance moves this month.

Here she comes again! Country legend Dolly Parton will dazzle Calgary on September 16 with songs and stories from her storied, six decade-long career. Parton has racked up an impressive 25 Number One songs on Billboard’s country chart, more than any other female artist, and her latest album Pure & Simple is a best-seller.

Portland rockers The Dandy Warhols are on the road promoting their ninth studio album Distortland, which Drowned in Sound called “a welcome return for a band who’ve never been afraid to stick two fingers in the face of adversity.” Expect the band, fronted by Courtney Taylor-Taylor, to perform hits like “This Is The Tide” and “Sad Vacation”.

Toronto’s Prozzak haven’t released a proper studio album in more than a decade, but that hasn’t stopped the band from virtually selling out both of their upcoming Calgary shows. Fans can expect hits like “Sucks To Be You” and “Just Friends”, in addition to their latest single “Love Fools Anonymous” which has yet to appear on a Prozzak album.

Swedish rockers Millencolin are back! The band formed back in 1992, and in 2015 they released their latest album True Brew. Expect a mix of the old and new when they stop into Dickens later this month.

Toronto’s Peaches is back. Always putting on energetic shows, Peaches is known for her electro grooves and explicit lyrics. Having been in the music industry since the early 90s, the always wild and adventurous Peaches is unpredictable, so you never know what you’ll get at her shows.