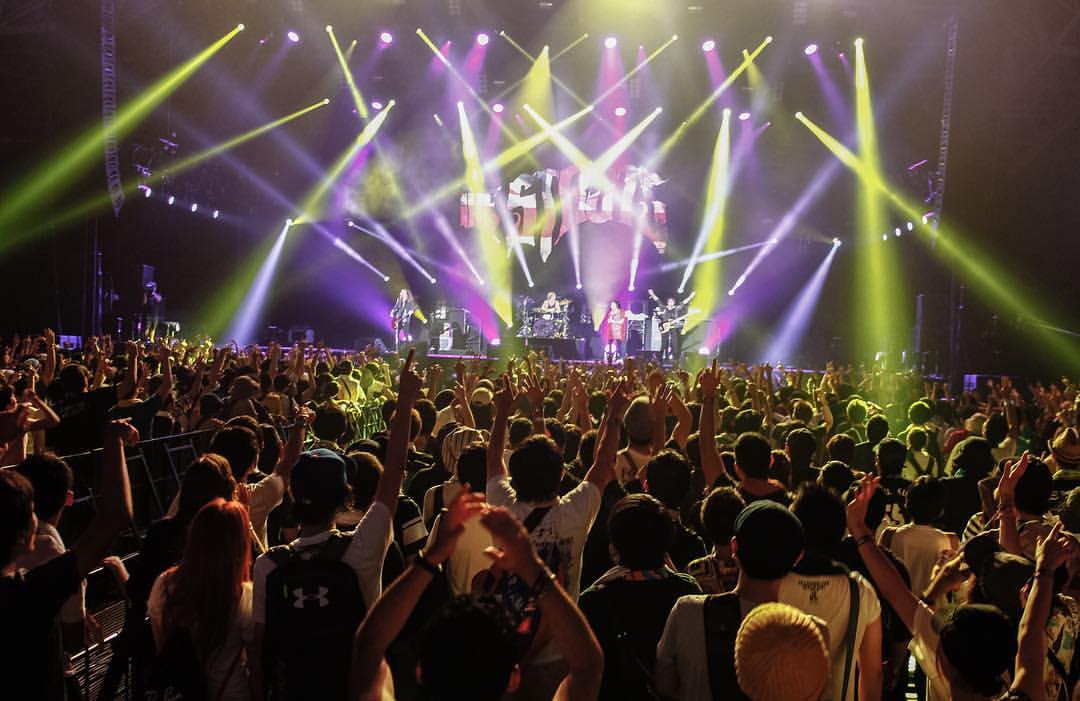 Just because it’s getting cold out, doesn’t mean the fun stops here.

Calgary’s list of concerts this month has something for everyone. From a pair of Rock & Roll Hall of Famers to a hugely successful “bro-country” act, and everything in between, November is looking good.

They’ve sold a combined 70 million albums and have won 8 Grammys, and now Chicago and Earth, Wind & Fire are teaming up for a North American tour that stops in Calgary on November 4. Both acts have charted countless hits and were each inducted into the Rock & Roll Hall of Fame.

When: Friday, November 4 at 7 pm
Where: Scotiabank Saddledome – 555 Saddledome Rise SW
Tickets: Available online from $45 to $125. All ages

Hannah Georgas just released her third album For Evelyn, a lovely collection of tunes that was named after her grandmother, and first single “Don’t Go” is getting major airplay at Canadian Alternative radio. Georgas is a seasoned live performer, having opened for City and Colour and Sara Bareilles on past tours.

California natives, Dirty Heads are on a North American tour promoting their self-titled album. Their sound is a melodic combination of hip-hop and ska punk, and they burst into the scene back in 2008 with their debut album Any Port in a Storm.

American hip hop duo, composed of East Coast rappers Method Man and Redman, are dropping into Calgary this month. Signed to Def Jam Recordings, both perform as solo artists and as a duo, so there should be some epic duo rapping here.

California punk rockers NOFX rose to fame two decades ago with the release of Punk in Drublic, which became a monster hit for the band despite them never having signed to a major record label. NOFX is one of the most successful independent bands of all time with more than 8 million records sold and their latest, First Ditch Effort, is easily one of their best.

Los Angeles-based dubstep, drum and bass producer 12th Planet knows how to bring the party. With a massive discography of singles and remixes, 12th Planet has also been a featured artist and worked with producers like Skrillex. Get that dance hat on for this one.

English glam rockers The Struts had all the buzz before they even released their first album when they opened for the Rolling Stones. The Brit four-piece are the on the road in North America again after their they released their 2015 Have You Heard EP. Known for their lavish stage presence and magnetic appeal, this will be one show you don’t want to miss Struts fans.

After releasing two successful EPs, Ontario’s Coleman Hell is on the road promoting his debut album Summerland and will perform a highly-anticipated show at MacEwan Ballroom on November 12. “Fireproof”, the album’s first single, has already sold more than 40,000 copies and was certified Gold by the Canadian Recording Industry Association.

Toronto’s Keys N Krates formed as the brainchild of drummer Adam Tune, synth/keyboard aficionado David Matisse and internationally award-winning turntablist Jr. Flo. After coming together in 2008, the trio blended hip hop and bass music to create their own sound — one that has taken them all over the world to a slew of sold-out shows.

Juno Award-winners Wintersleep didn’t even have an active record deal when they began recording The Great Detachment, their sixth studio album that came out in March. But once the album was completed, the band was scooped up by major label Dine Alone Records (home to Tokyo Police Club) and announced a Canadian tour that includes a stop in Calgary on November 16.

Toronto’s Tory Lanez is coming to Calgary this month, bringing his crowdwalking skills to Flames Central, Lanez is known for his crowdsurfing, beats, and rap style and is one of Toronto’s biggest music exports these days. His debut album, I Told You, was released on August 19 and his massive four month tour started shortly after.

British folk rockers Daughter are heading to the MacEwan Ballroom to promote Not To Disappear, their second studio album. Fans can expect loads of new material in addition to classic tracks from the band’s four EPs.

Canadian EDM stars A Tribe Called Red are heading to Flames Central on November 25. The band has been on a steady rise since winning the 2014 Juno Award for Breakthrough Group of the Year and their latest album We Are the Halluci Nation is a hit with critics and fans.

A name synonymous with EDM, Morgan Page returns to Calgary for a show at Marquee! Known for his Vegas residency at the Wynn, Page has electrified crowds globally at massive music festivals to clubs. This is your chance to dance the night away on “The Longest Road” with the one and only, Morgan Page.

Amy Schumer is an Emmy-winning actress with a hugely popular television show, but her real passion is the stand-up comedy circuit. Her current North American tour, which hits Calgary on November 29, made headlines when some of her Trump-tinged material caused 200 audience members in Tampa, Florida to walk out in protest.

When: Tuesday, November 29 at 8 pm
Where: Scotiabank Saddledome – 555 Saddledome Rise SW
Tickets: Available online from $39 to $130. All ages