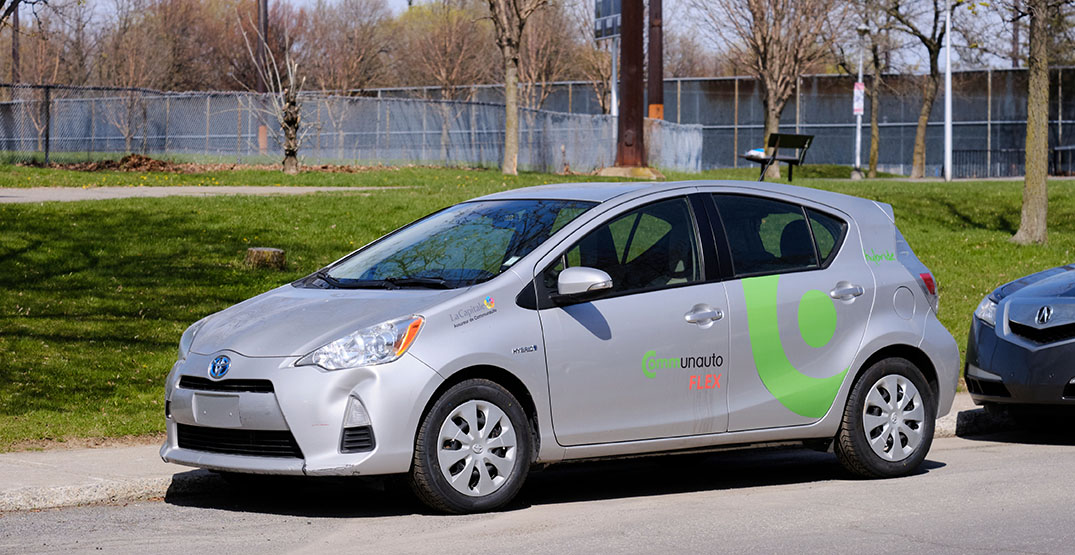 Starting in September, Calgarians will have one more option when it comes to getting around the city.

Carsharing service Communauto announced Thursday it’s launching in Calgary after finalizing a deal with the city, the company said in a news release.

The Montreal-headquartered business was founded in 1994, and bills itself as North America’s oldest carshare operator and Canada’s largest. It already operates in several Canadian cities including Montreal, Toronto, and Edmonton.

“I know Calgarians have been looking forward to the return of a car share service,” said Mayor Naheed Nenshi. “Communauto FLEX will provide an affordable and convenient option, strengthening Calgary’s transportation network so individuals and families can get where they need to go.”

There will be 150 cars available to use, and they’ll initially be deployed in the 26 square kilometre area from 50 Avenue SW to 21 Avenue NW, and from 37 Street SW to 17 Street SE.

The cars are hitting the streets August 27, and interested users can sign up early to beta test them before the larger launch in September.

This comes nearly a year after Car2Go pulled out of Calgary, to the disappointment of residents who relied on it.

Now, the Montreal-headquartered Communauto aims to be Calgarians’ go-to choice for rental cars they can pick up on the street using an app without the hassle of a rental depot.

In Calgary, Communauto cars will cost $0.45 per minute, $15 per hour, or $50 per day to rent ($35 for each subsequent day). One hundred kilometres are included in the day-rental cost, and each additional kilometre costs $0.20.

A secondary Communauto plan that includes insurance and gas costs $2.95 per hour plus $0.29 per kilometre.

Communauto Calgary members will also be able to book cars in Edmonton through their app seamlessly, although cars cannot be picked up in one city and dropped off in the other.

“Communauto aims to offer a real alternative to car ownership in complement to transit and active mobility. That is why we propose a tariffication adapted as well to small errands, going for grocery as for weekends or vacations,” Communauto CEO and founder Benoit Robert said.

During the coronavirus pandemic, Communauto will allow users to book an extra 15 minutes at the start of their reservation at no charge to disinfect their car if desired. All users must wash their hands before and after using the cars, and all cars will contain hand sanitizer inside.

Staff will disinfect the entire fleet once per week.