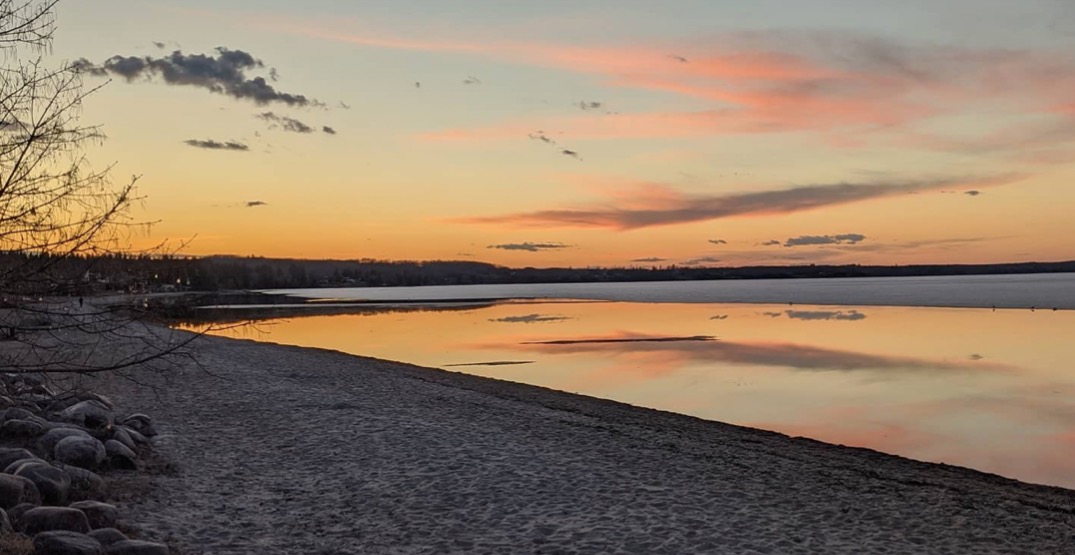 One of the largest and most popular lakes in Alberta is a sight of beauty, but did you know its folklore past of holding a massive lake monster?

We are talking about Cold Lake, which is one of the largest and deepest lakes in Alberta. It’s a haven for fishing, swimming, and boating, and has deep roots in First Nations folklore.

Local First Nations first told early settlers about the great lake monster known as “Kinosoo,” which is also called “The Big Fish” by some.

The legend goes that a young Cree man set out in his canoe to meet a young woman, who resided across the lake. While paddling, the young man heard a loud splash and Kinosoo appeared with its monstrous head and gaping mouth. The giant lake trout bit the canoe in half, and the young man was never seen again.

Later, while the woman waited, the pieces of his canoe were found, along with giant teeth marks etched into the wood.

The name still lives on in Cold Lake, with the heavily trafficked Kinosoo Beach and its three-block-stretch of fine sand a lovely spot to spend a summer day.

The lake itself is sometimes regarded as “Alberta’s best-kept secret,” however we think the folklore story of Kinosoo is also something many Albertans should learn about. So move over Ogopogo, you got a sibling in Alberta, too.