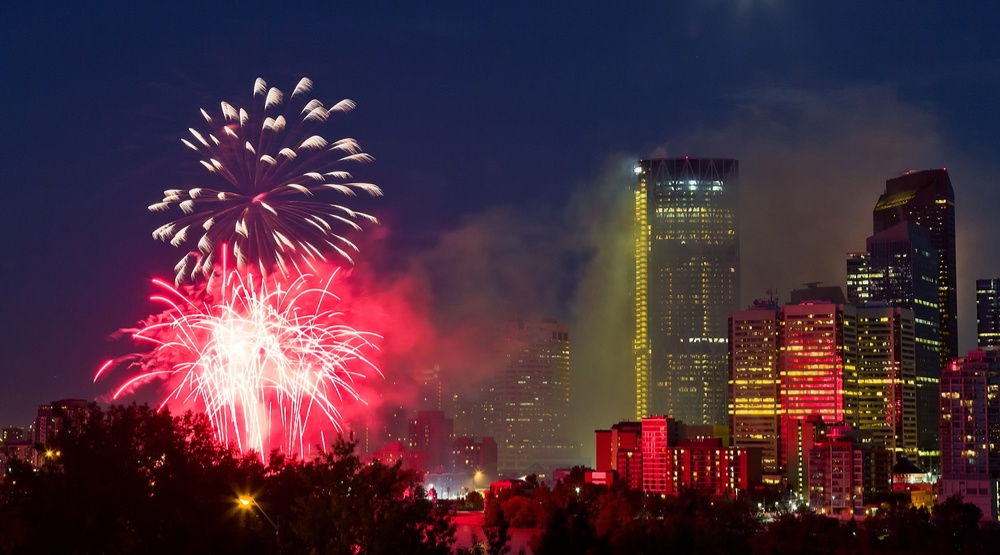 The federal government has given the City of Calgary $110,000 to help fund this year’s New Year’s Eve celebrations, as Canada prepares to mark its 150th birthday.

The Department of Canadian Heritage’s Canada 150 Fund has granted extra funding to 19 cities across Canada to celebrate 150 years as a nation.

The funding will mean Calgary’s New Year’s Even celebrations will feature more activities, in both official languages, between 7 pm and midnight.

“On December 31, a thousand lights will fill the Canadian sky from coast to coast, setting the tone for the celebrations marking the 150th anniversary of Confederation,” said the Honourable Mélanie Joly, Minister of Canadian Heritage.

“I invite citizens of Calgary to start planning their New Year’s Eve festivities and to join the countless other Canadians to ring in what promises to be a memorable year.”

In Calgary, the main New Year’s Eve stage will feature live performances from top DJs, Opera From The Rooftop, Canadian rock band 54.40 and Eve Hell and the Razors.

Other New Year’s Eve highlights will be a glow-in-the-dark dance party at the Municipal Building, and live ice carving and fire spinning at Olympic Plaza.

Plus, for the kids, there’ll be crafts, a bouncy castle, stilt walkers, a magician, a kids’ countdown at 9 pm, family skating, and ice slide, and light-based art installations.

And of course, Calgary’s New Year’s Eve celebrations will culminate with a fantastic countdown and fireworks display at midnight to ring in 2017.

More Canada 150 events and initiatives in Calgary will be announced leading up to and during 2017, including what are sure to be huge Canada Day celebrations.