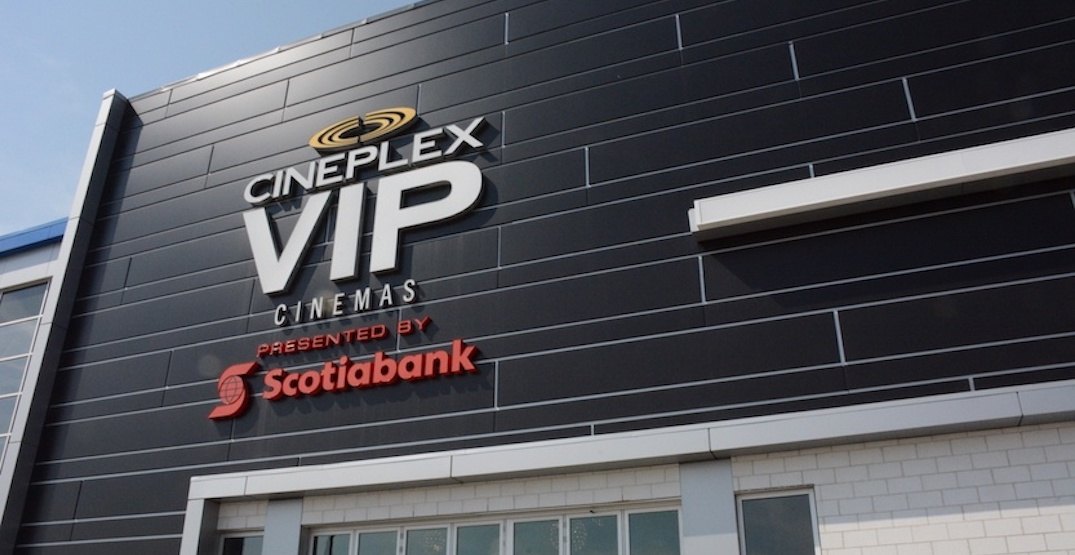 Calgarians have a new option for going out to watch a movie, and it’s looking pretty ritzy.

The new Seton Cineplex offers the whole gambit of options available to Calgary moviegoers, with one quite significant added feature: A VIP option.

The new VIP section in the cinema involves an upscale restaurant experience, including a bar with featured cocktails and craft beer from two local breweries, Ol’ Beautiful and Tool Shed. 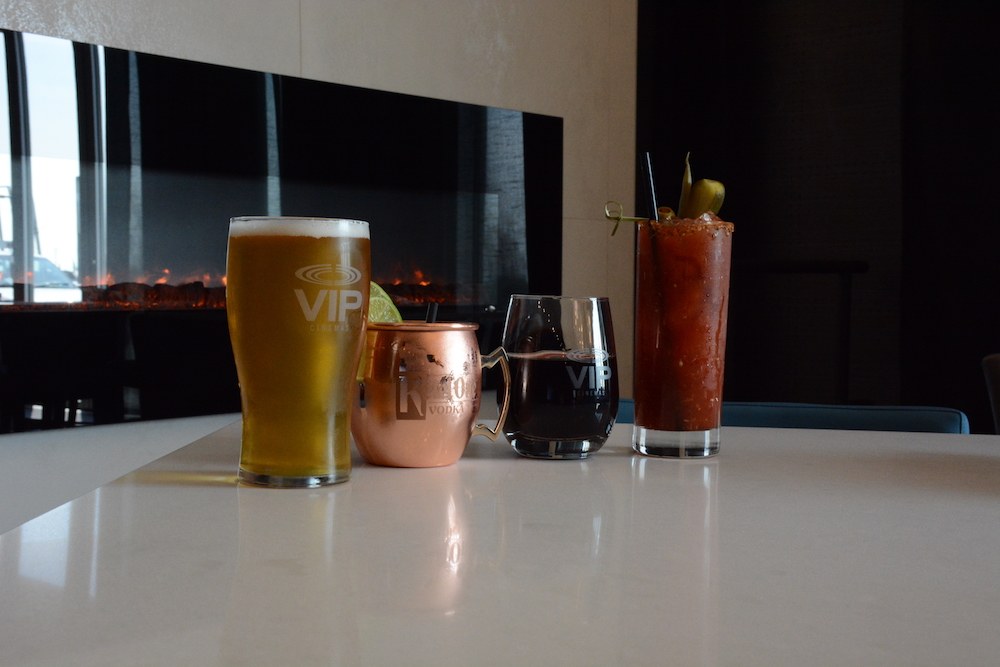 The restaurant itself offers gourmet options including hand-crafted pizza and quinoa salad, with prices in line with that of local pubs and restaurants – think around $15 per plate.

There is also a private dining area complete with a fireplace and a pool table, which can be booked for private functions but is otherwise open to the public.

When seeing a movie at the VIP screens, you’ll be able to visit the restaurant before or after your show. However, there are also servers in the auditoriums who will be available for you to make an order and bring your meal to you as you watch the movie.

“It really was an evolution of what the movie-going experience can be,” Scott Whetham, Director of Alberta Operations with Cineplex said in an interview with Daily Hive. 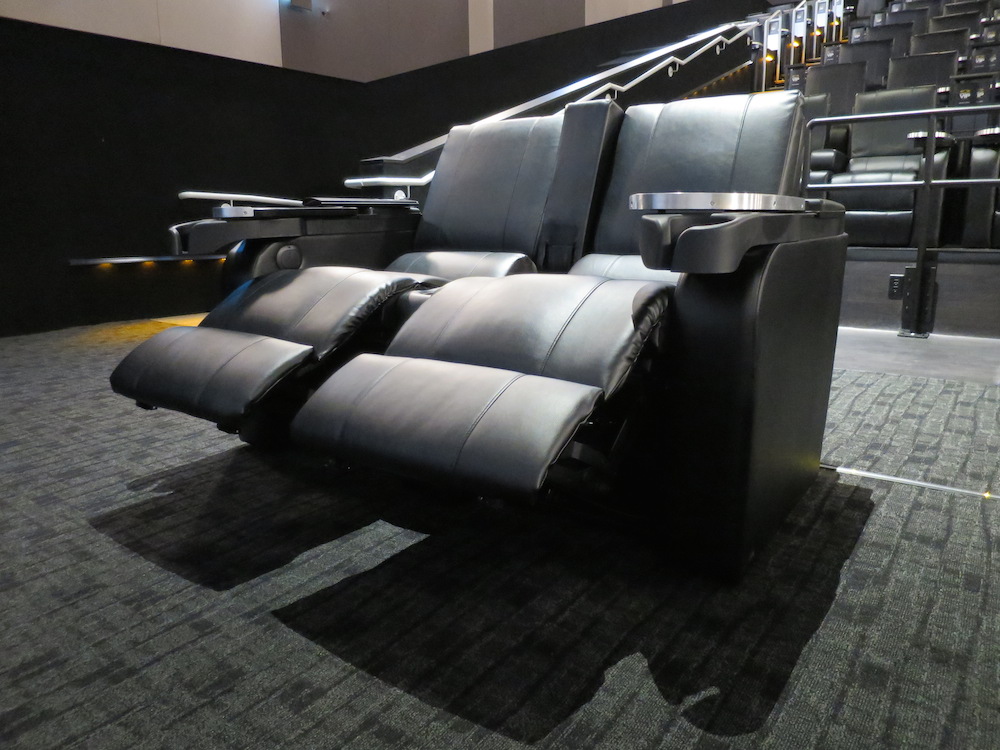 The auditoriums themselves are smaller in the VIP section, but at no sacrifice to screen size. The largest VIP auditorium seats 108 visitors — compared to 240 seats in the Seton Cineplex’s largest AVX auditorium, making for a less crowded viewing experience.

The movies that are played on VIP screens are also a little more selective than in the rest of the cinema.

Movies with high interest will be played, as well what are being called “event movies,” like annual blockbusters. Films that are considered “Academy Award material” will also be shown on VIP screens. 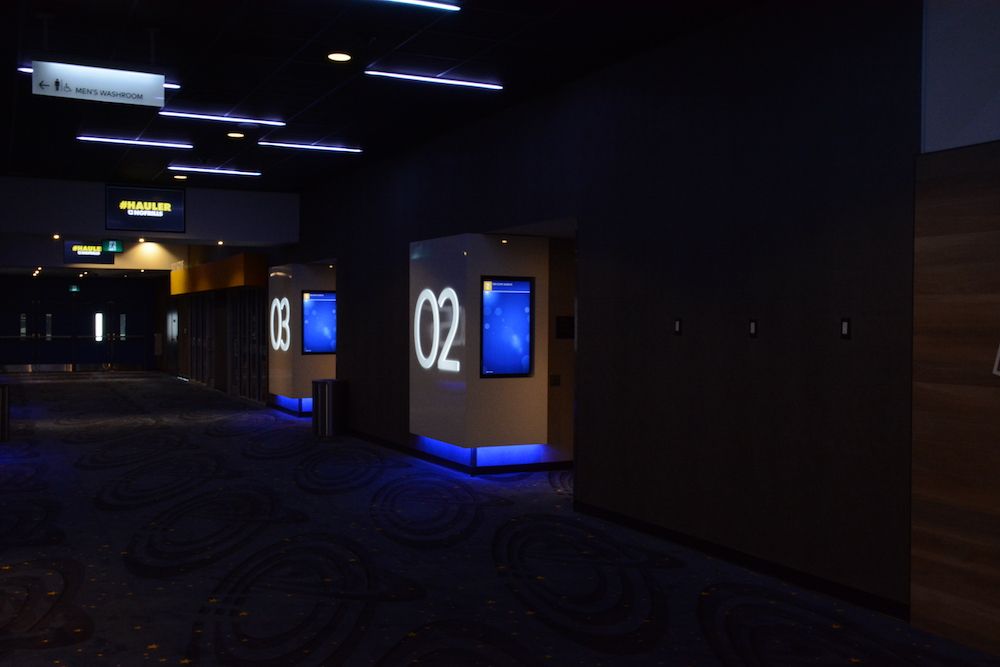 The hallway at the new VIP theatre (Lucas Taylor)

Overall, the idea behind the VIP screens is to provide an option that allows going out to the movies to be an entire evening’s worth of enjoyment.

This is part of Cineplex’s strategy to offer movies in as many mediums as possible. Along with the VIP screens, there are also AVX and sensory sensitive show options, the latter being where the lights aren’t dimmed so much, or the audio isn’t as loud as at most showings.