JUNO Award-winning artist and celebrity chef Roger Mooking has been chosen by The Canadian Academy of Recording Arts and Sciences (CARAS) to feed Canada’s music elite at this year’s JUNO celebrations in Calgary.

Been working on this secretly for some time. Cats out the bag. @TheJUNOAwards pic.twitter.com/75FVQZXtrq

This is the first time a celebrity chef will curate the food for the event, but don’t be fooled by the celebrity and JUNO Award winning artist part. Mooking has over 20 years of culinary experience under his belt. The Trinidadian-born, Canadian-raised chef is no stranger to combining various cultural influences to new and exciting adventures. 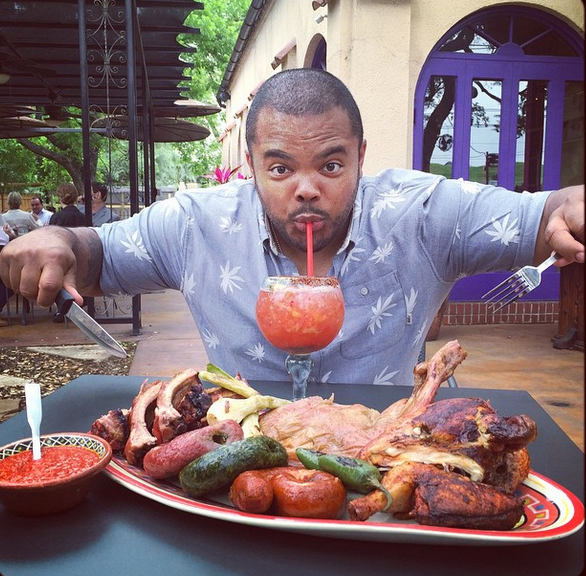 So where does the artist part come in? When Mooking first started off his culinary journey here in Alberta, he also started his hip-hop career. He used the money he earned cooking for others during the day to pay for studio time at night. Mooking’s group, Bass Is Base, won a 1994 JUNO Award for Best R&B/Soul Recording and exploded on the music scene with the hit songs “I Cry” and “Funkmobile.”

Mooking also has an impressive television career that includes the internationally broadcast television series Everyday Exotic, Heat Seekers, and Man Fire Food. You may also recognize him from Canada’s hit television show Chopped Canada where he took a seat at the judges table.

The 2016 JUNO Gala Dinner & Awards will be held at the Calgary Telus Convention Centre on Saturday, April 2, the night before the 2016 JUNO Awards Broadcast. JUNO week will run March 28 to April 3 with events throughout Calgary and the JUNOS will be broadcast from The Scotiabank Saddledome.