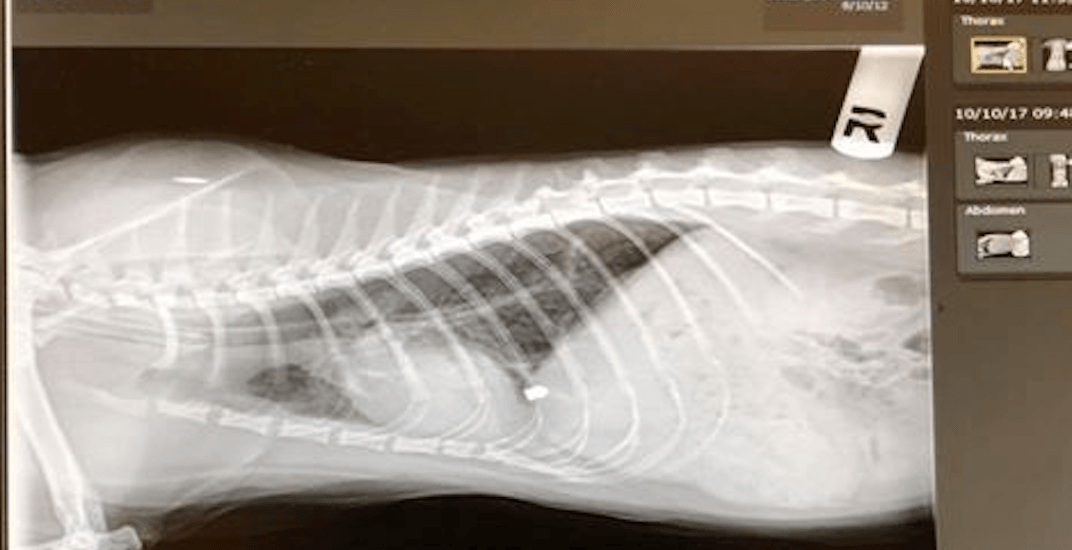 A five-year-old black cat by the name of Louie was shot in Calgary on Tuesday.

Louie’s owner, Dominique Boulanger, posted a picture of her cat’s X-ray later that night to the Facebook group YYC Pet Recovery, to warn other pet owners of the potential danger.

“I made the post because I wanted to warn people right away,” Boulanger said in a message to Daily Hive.

“I was scared that this could happen to somebody else. There’s lots of people in Oakridge with animals and it’s important to keep them safe.”

She said that around 4 pm she noticed that Louie was outside the front door. Louie learned how to open the front door around eight months ago, according to Boulanger, and had been going out but always coming back.

She said that she noticed blood on her hand after petting the cat, though when she arrived at the vet and told them her cat had been shot, they didn’t believe her.

Louie and his owner waited two hours before being offered antibiotics, but once Boulanger insisted on an X-ray, a bullet was visible in Louie’s body.

He has since received treatment to clean and stitch the wound and had his lung inflated, but the bullet is still lodged in his body. 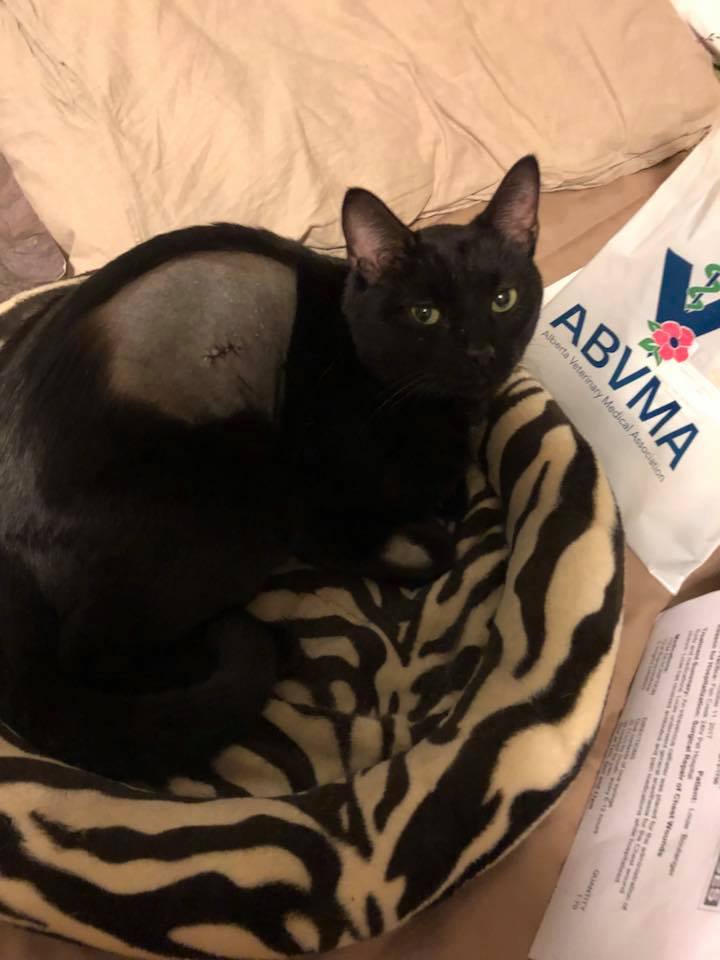 Louie after the surgery/Dominique Boulanger

After Boulanger posted the warning to the Facebook page, she received a flood of both positive and negative comments. Some Facebook users implied that it was her fault for letting her cat out, and that cat owners should be more careful.

“There’s a lot of people out there that don’t understand the true nature of a cat. They’re quick to condemn the owner when a cat ends up in a situation like this,” Boulanger said.

“The point that people are missing is that someone shot my cat, they used violence and cruelty which is totally wrong, and that’s the big picture here.”

Louie before being shot/Dominique Boulanger

Since returning home, Boulanger says that Louie has been in quite a bit of pain.

“He’s definitely not himself right now, which is super sad because he is generally so loving and funny,” she said. “He just wants to be alone and not be touched.”

We wish Louie a speedy recovery.

Louie trying to get outside/Dominique Boulanger