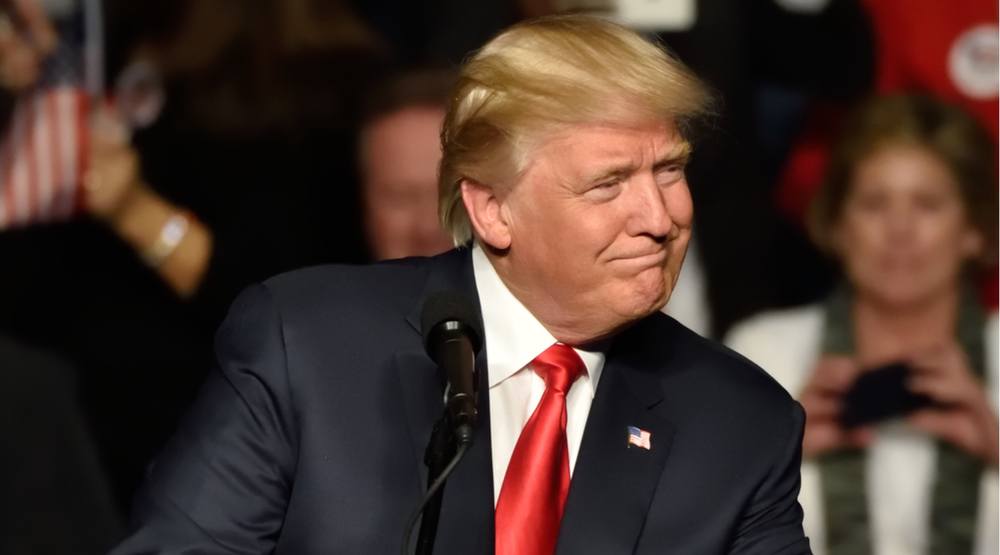 Donald Trump’s immigration policies have hit the headlines over recent weeks after the president signed an executive order barring anyone with citizenship of seven Muslim-majority countries from the US for 90 days.

There’s been no wall proposed for the border with the True North yet, but how will the president’s approach to America’s borders affect Canadians?

The answer is negatively if a new survey from Angus Reid is to be believed. The poll, which measured travellers’ experience with both US and Canadian border guards, found that 48% of Canadian travellers expected border crossings to become more difficult during Trump’s term. In contrast just 3% believed they would get easier, while 27% believed there would be no impact.

Among respondents, visible minorities (57%) and those aged between 18 and 34 (57%), were the groups who believed that travel would be affected the most.

Despite their foreboding for the future of cross border travel into the US, most respondents to the survey have had a positive experience when travelling south.

More than eight-in-ten Canadians who traveled to the US at least once last year say the entry process was good overall (86%). Travellers also gave similarly high marks to wait times (82%) and the courtesy of American border agents (85%).

But while relatively few Canadians had negative experiences two groups in particular were found to be more likely to have a bad time at the border. Nearly one-in-five travellers aged under 35 claim to have had a negative experience entering the US, more than any other age group.

Similarly a quarter of people who are minorities report negative experiences, that’s more than twice as many as people who don’t identify as a visible minority (12%). 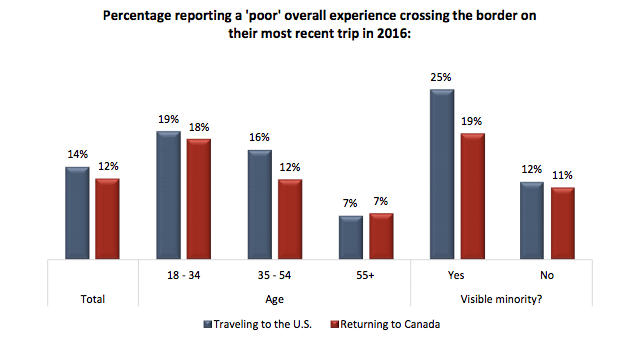