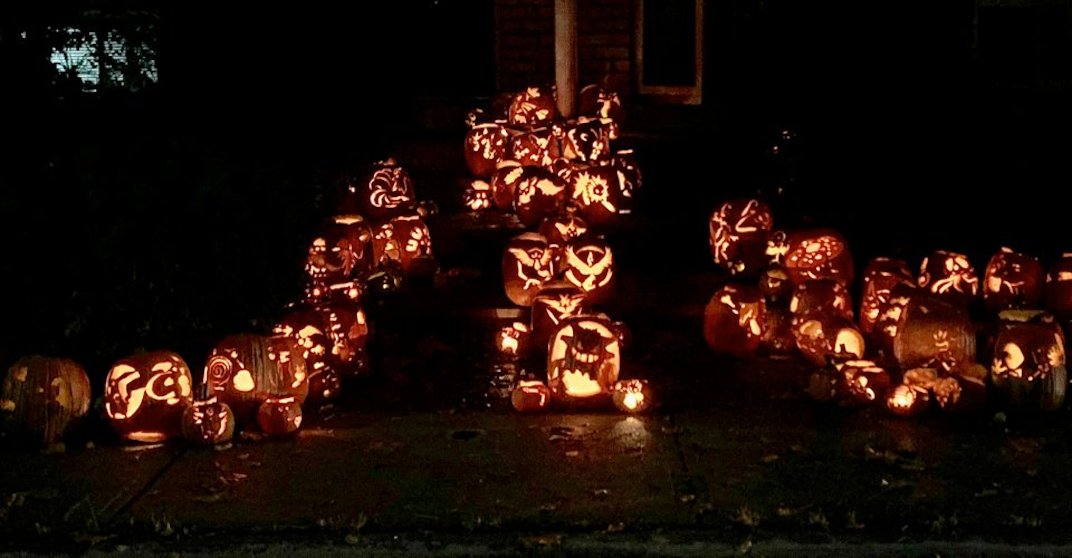 Someone in Canada has taken their carving skills to a whole other level this year after carving all 151 original Pokémon into pumpkins this Halloween.

Toronto-based Adrian Kieda said he spent the last six days carving all the pumpkins, an impressive task considering carving one or two pumpkins is challenging enough.

Kieda first shared an image of his finished masterpiece on r/toronto on Wednesday afternoon, adding that he was going to light them up on Tarragona Blvd. on Halloween night.

Spent the last 6 days carving all 151 Original Pokémon!! 😀 Lighting them up on Tarragona Blvd Tn! from r/toronto

The pumpkin master said he had always wanted to carve all the original Pokémon and that he “got an awesome deal from a farm, $175 for all of them!”

He also added he wouldn’t have done this without the deal.

When it came to which Pokémon were the hardest to carve, Kieda wrote on Reddit “some brutal ones were Tangela, Alakazam, a lot of fire pokemon, oh the Poliwhirl because of that spiral!”

And carving 151 pumpkins was no easy task, Kieda wrote, “My arms are toast! My right thumb especially may or not be broken, like I struggled to zip a jacket up today.”

The pain is definitely worth it because the finished product is nothing short of amazing and truly a sight to see.

As for what’s going to happen to the pumpkins, Keida said he might drive all 151 pumpkins down to Sorauren Park in Toronto for the annual Pumpkin Parade, that’s, of course, “if animals don’t destroy them.”

Kieda, we applaud you. You truly carved ’em all.