As the calendar switches to summer’s penultimate month, PadMapper is reporting that the country’s two priciest cities experienced another month of declining prices and neighbouring markets saw rents continue to climb.

According to PadMapper’s latest report, “the pandemic has continued to push demand for rentals away from big, pricy cities toward more affordable, satellite ones that offer renters more space without being too far of a commute to the main cities.”

Overall across Canada, seven cities were on an upward trajectory last month, while seven others were headed downward and 10 remained flat.

“As the pandemic persists on and working from home has become the new normal, it seems the demand for rentals has shifted away from the most pricey areas, like Toronto and Vancouver, and a significant amount of that demand is moving toward neighbouring, less expensive areas, like Barrie and Burnaby,” states PadMapper. “Renters are now prioritizing affordability and space over paying more for big city amenities, most of which they can’t use currently.” 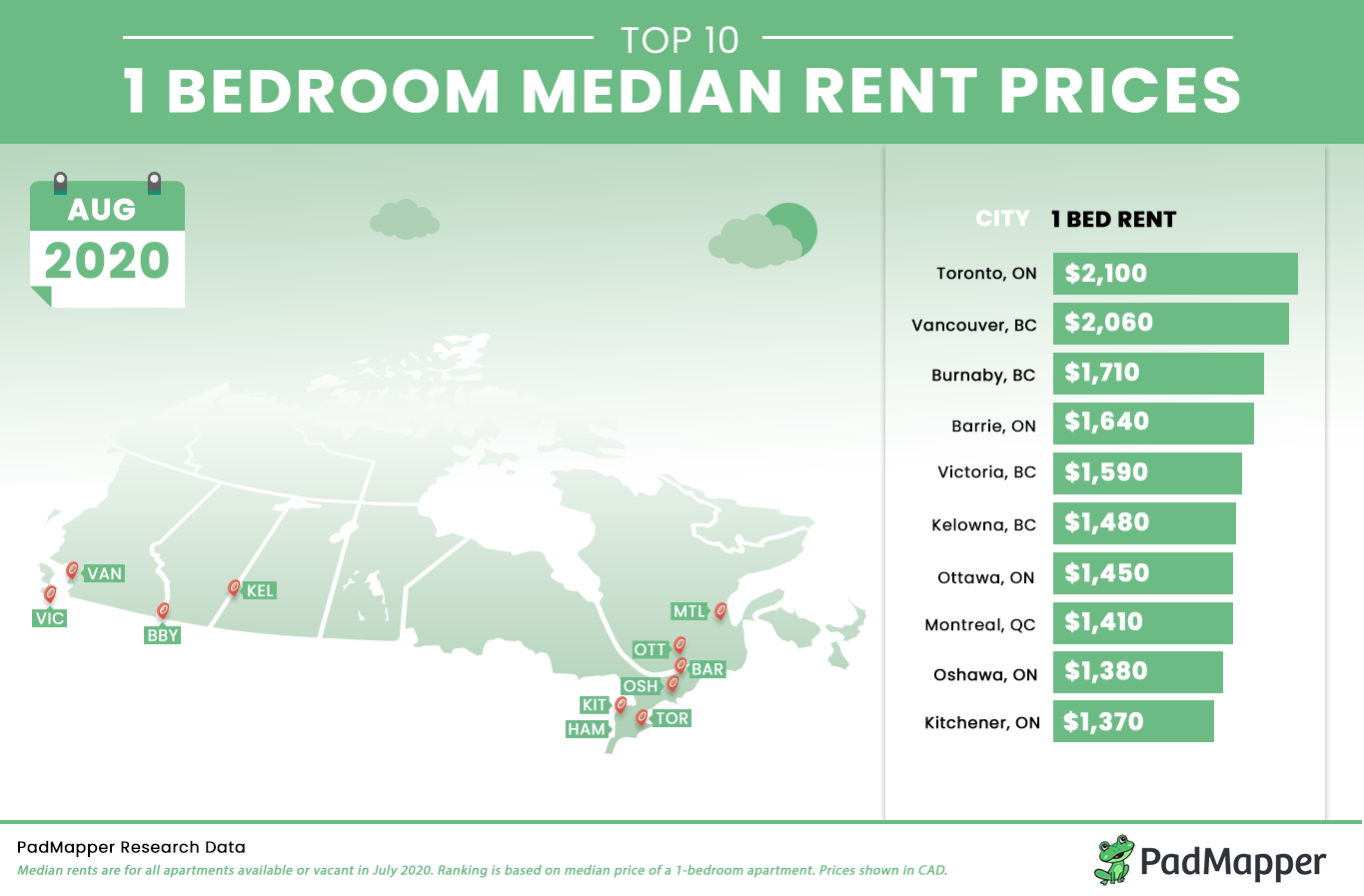 Once again, Toronto took the top spot for the most expensive rent in the country even though rents continued to be “down on all fronts,” with one-bedroom rent remaining at $2,100 and two-bedrooms dropping 1.9% to $2,650.

Vancouver remained in second place with one-bedrooms decreasing to $2,060 and two-bedrooms dipping to $2,800.

Burnaby, BC, remained in third place with one-bedroom rent increasing to $1,710 and two-bedroom decreasing to $2,300.

Victoria rounded off the top markets with one-bedroom rent decreasing 0.6% to $1,590, while two-bedrooms increased steeply to $1,990.

The cheapest rent in Canada this month can be found in St. John’s, Newfoundland, where one-bedroom rent costs a cool $840 with two-bedrooms going for an average of $890. 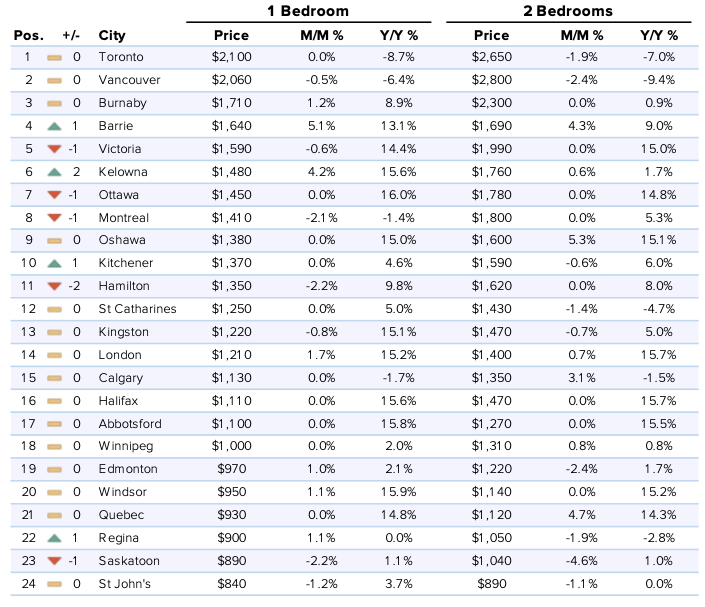