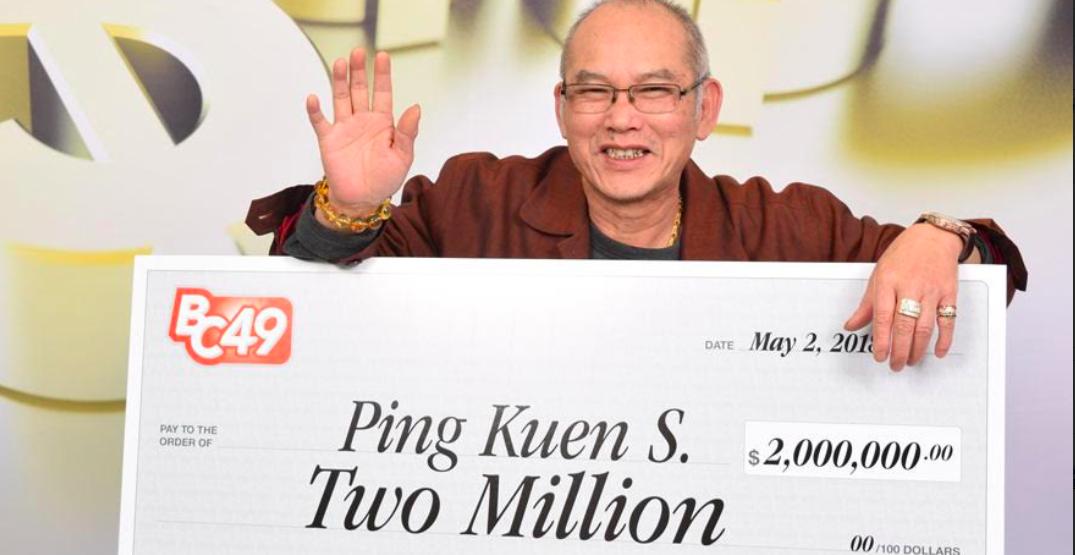 There’s good luck, and then there’s this Vancouverite who had what can only be described as the best day ever recently, as he celebrated his birthday, retired, and won the lottery all on the same day.

This hat-trick of awesomeness belongs to Ping Kuen Shum, who hit all three marks on April 28, with the BC/49 draw.

Already celebrating his birthday and retirement, Shum said he was feeling “in great spirits” when he decided to buy a lottery ticket that day.

Later that same night, the BC/49 draw confirmed his single ticket matched all six numbers, winning the $2 million jackpot.

“It’s unbelievable that all three events happened on the same day,” said Shum. “I have worked hard for so many years and I’m looking forward to sharing this fortune with my family.”

Shum celebrated the big news with his family and friends with a dim sum meal and now plans to take a trip to China.

The ticket was sold at Parker Place Convenience Centre in Richmond.