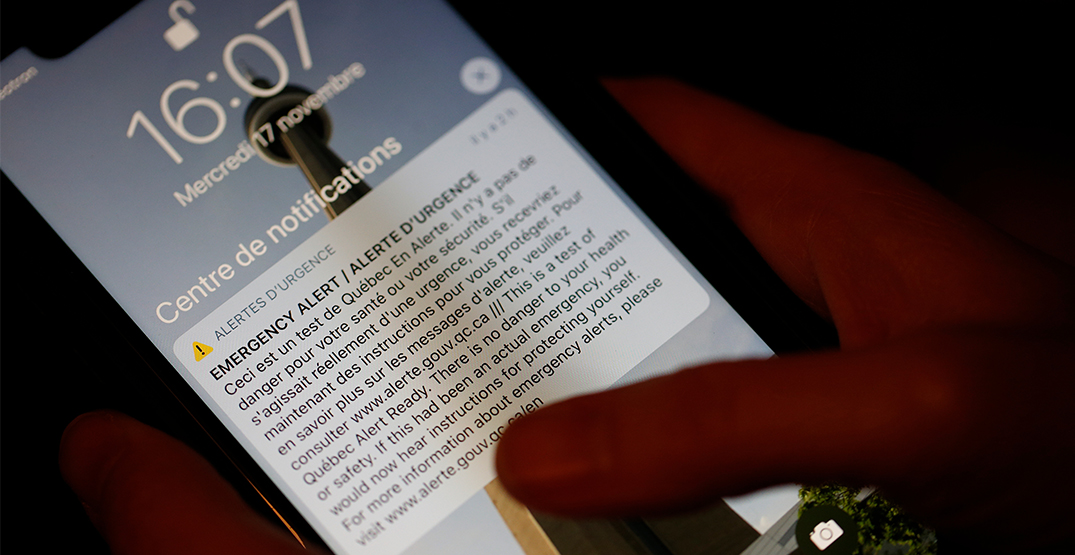 Canada’s public emergency alert system is running a routine test this week, so don’t be alarmed when your phone sounds off.

The biannual testing of the Alert Ready system will take place on Wednesday, May 4 in several provinces and territories.

The notification will be sent to Canadian’s phones, TVs, and radios.

⚠️ We’re running our routine test on May 4th ⚠️

Canadians in participating provinces and territories can expect an alert on their TV, phone, & radio on May 4th.

The system is tested twice per year with the next test scheduled for November.

Ontario, Manitoba, Nova Scotia, and Quebec are not included in this month’s test. The full schedule for participating provinces and territories can be found below.