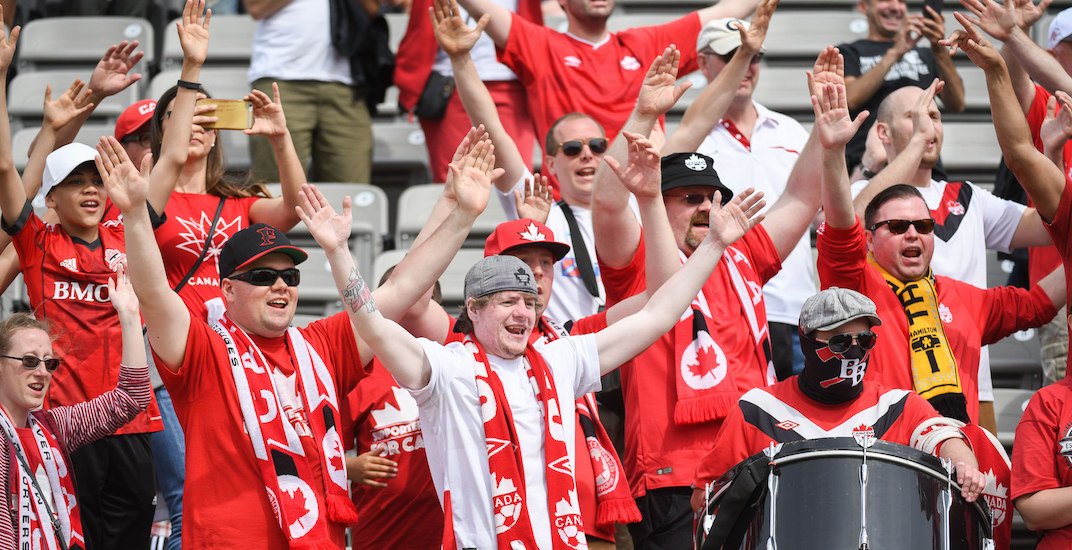 The United Bid of Canada, the United States, and Mexico was successful on Wednesday, winning the right to host the 2026 FIFA World Cup. They defeated Morocco 134 votes to 65.

Many Canadians woke up to the announcement Wednesday morning, as the Bid Committee celebrated in Moscow.

A trio of young players from each country making up the United Bid were on hand, including 17-year-old Vancouver Whitecaps and Canadian national team member Alphonso Davies.

Davies represents the future of Canadian soccer, as he’ll be in his prime as a 25-year-old in eight years. He could very well be the face of the team by then – if he isn’t already.

There is a kid somewhere in Toronto or Saskatoon or Quebec City or Halifax or anywhere in this magnificent country, who is 14 years old and his dream just started. He will play in a home World Cup. Soccer just took another giant step in this country! So pleased.

Here is a look at the potential host cities for the 2026 World Cup in the USA, Mexico and Canada.

It goes without saying that people were excited to hear the news – as this is likely a once in a lifetime opportunity. Only 16 countries have hosted a World Cup before, with Russia and Qatar making it 18 before games are played in Canada.

I wake up to news of Canada getting to host the World Cup in 2026 with our pals USA and Mexico got me feelin like pic.twitter.com/5D9gCUuk2O

Canada 🇨🇦 to host World Cup soccer matches. WOW!! This is a big deal, and our @CanadaSoccerEN will be ready for the challenge. Yes, only 1 previous showing in the finals, but twice missed by 1 goal 🤭😢. #WorldCup2026 #FIFAWorldCup #Canada #USA #Mexico

Good news this morning: The 2026 FIFA World Cup is coming to Canada, the US and Mexico. Congratulations to everyone who worked hard on this bid – it’s going to be a great tournament! 🇨🇦🇲🇽🇺🇸 #United2026

The U.S., together with Mexico and Canada, just got the World Cup. Congratulations – a great deal of hard work!

Of course, when it comes to Canada and soccer, there were jokes. Canada has not qualified for the tournament since 1986. An automatic berth into the 2026 tournament, although not guaranteed, is expected.

The World Cup is coming to Canada in 2026!!! That gives Canada 8 years to learn how to play soccer.

If you can't make it, host it! 🇨🇦🇺🇲 Congratulations Canada on clinching your first World Cup appearance in 40 years this morning

And they said Canada wouldn't play in the World Cup for another 100 years.

All we had to do was pay money to co-host the event.

Gotta say that hosting the World Cup in Canada is a little less special as it won’t be in Vancouver.

My Facebook feed: The IOC is corrupt as hell Calgary needs to abort this Olympic bid we'll get hosed

Suddenly finding out that Montreal has to host FIFA World Cup games at Olympic Stadium is like unexpectedly hooking up at a bar one night and realizing in a panic that you have to bring her back to your dirty dish filled, filthy laundry strewn, pizza box festering apartment.

But it’s important to remember that the World Cup is more than a soccer tournament. It’s a global event, one that even casual fans will be wrapped up in.

Seeing people who aren't hardcore soccer fans post about how excited they are for the U.S, Mexico & Canada to be hosting 2026 World Cup is very exciting.

The party is only eight years away.