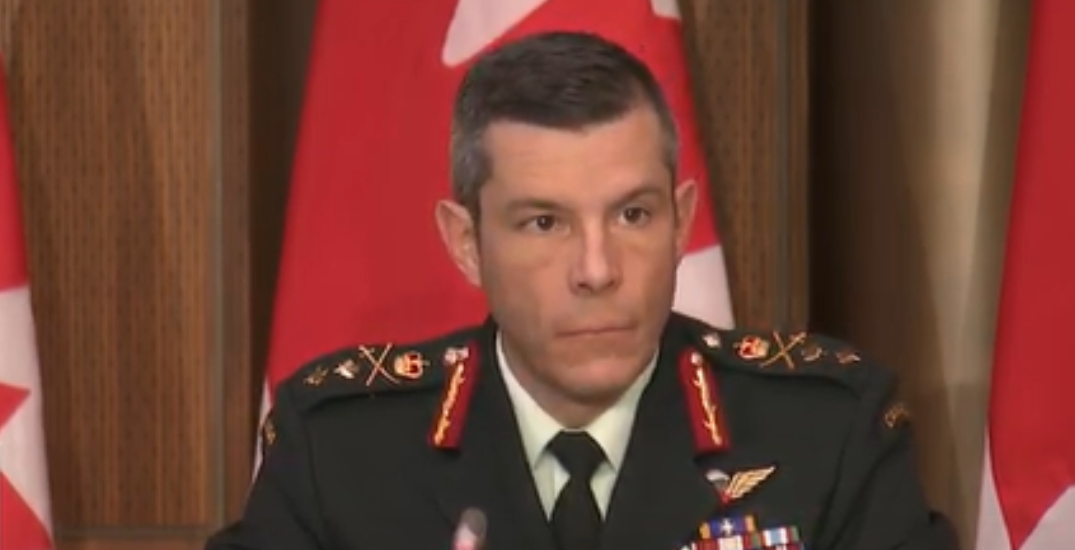 The head of Canada’s vaccine distribution efforts said that it’s possible Canadians may begin vaccination processes as early as next week.

At a press conference on Wednesday, Major-General Dany Fortin, the vice-president of logistics and operations at the Public Health Agency of Canada, said that he expects vaccines to arrive in the country as early as Monday.

“It’s totally possible that as early as mid-week next week, maybe even the 15th, depending on when we receive them, [for the first vaccines to be administered],” Fortin said.

He noted that his remarks are speculation, as the vaccines themselves have not yet arrived in Canada. The vaccines need to be thawed and mixed, and it takes time for them to be prepared for use.

On Wednesday morning, Health Canada approved the Pfizer-BioNTech COVID-19 vaccine for use under an interim order that allowed the approval process to be expedited.

At an earlier press conference, Dr. Supriya Sharma, a senior medical advisor with Health Canada, said that the approval was made after a rigorous review process that proved the vaccine’s benefits outweighed its risks.

She also said that although the vaccine has been approved, it is “still a drug” and may come with risks, following news of allergic reactions in the UK.

“When we do an authorization, it means that we’ve looked at it, and the benefits outweigh the potential risks. But, it is still a drug. It’s still a vaccine,’ Sharma said. “There are potential risks, even if they’re rare.”

Canadian health officials have said they will procure up to 194 million doses of COVID-19 vaccines, with the option to purchase an additional 220 million. The first three million will be available within the first quarter of 2021.