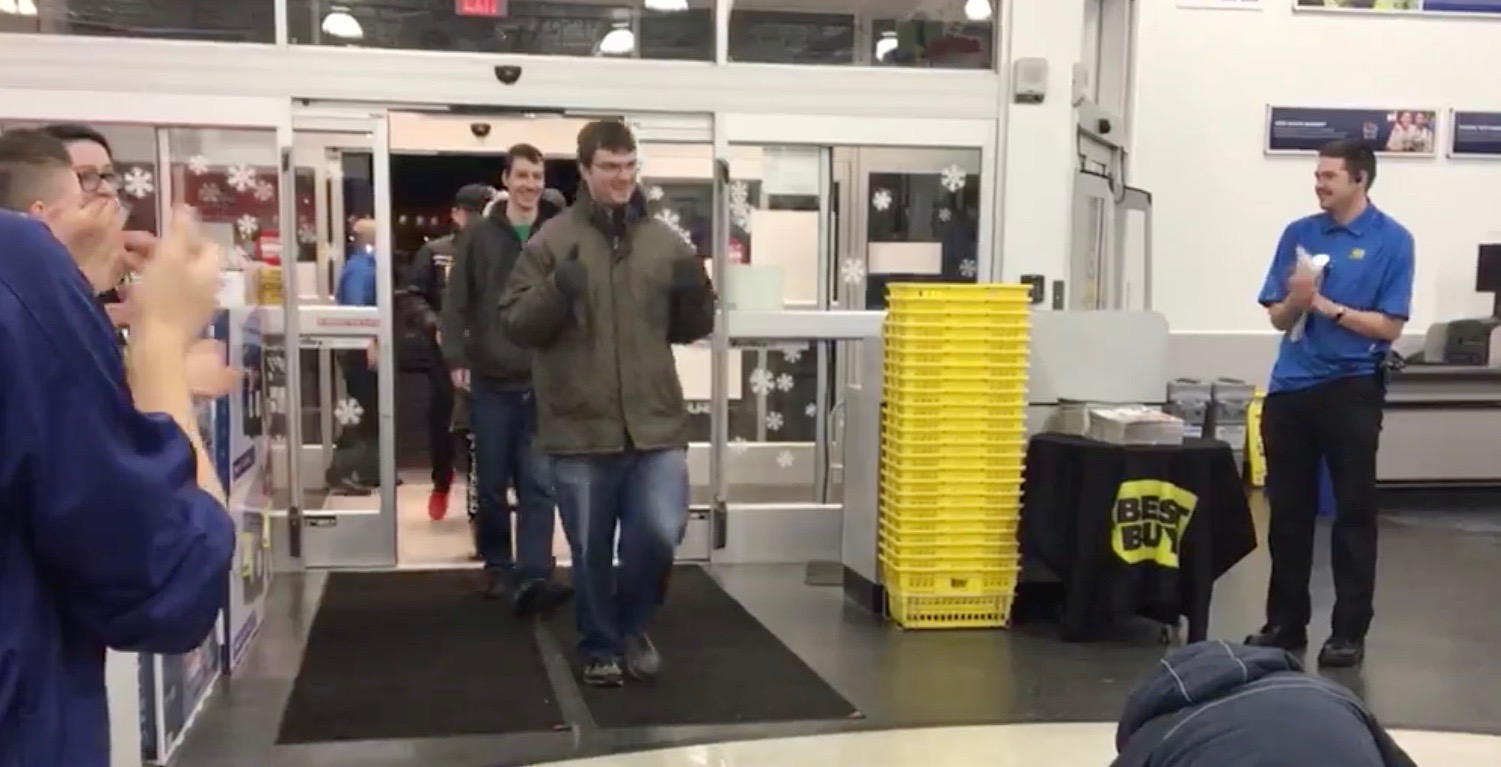 Black Friday can be pretty scary in the US.

In fact, it’s being reported that at least two people were shot dead in the States while shopping this Black Friday.

Well, in Canada we like to do it a little differently. Sure, we enjoy a good sale, but we’re certainly not going to get into a shoving match over our next TV.

In fact, a video shared very early this morning shows just how far we’ll go to maintain our Canadian stereotypes. Rather than surge into a store like the tide into the Bay of Fundy, Canadians in Halifax calmly entered a Best Buy this morning while literally being applauded by the store’s staff.

Remember, it’s 6 am when this happened.

The video was originally tweeted out by Suzette Belliveau of CTV Atlantic, but it wasn’t until Twitter user @Cuellar360 retweeted it that the video really started to take off. At the time of writing this post the video has been retweeted more than 16,000 times and ‘liked’ nearly 29,000 times.

As the video’s caption says, this is actually so Canadian.

We hope all your Black Friday shopping experiences were half as pleasant as this one.

This is literally how Canadians do Door crasher Black Friday sale lmao. This is actually so Canadian it makes me cry pic.twitter.com/cCbgAqioQ9

See you on Cyber Monday, Canada.