A local startup is looking to break the ice for you.

Brian Reimer, founder and CEO of Knelf, wants to provide the perfect catalyst for conversation and meaningful connections.

“Knelf is a chat app that creates genuine connections between people. It’s a simple as guessing how each other will answer fun and irreverent questions,” said Reimer whose team has been working hard on the app for about five months now.

Through gameplay, Knelf uses a scientific approach to assess personality, and can be used in personal or professional situations.

“Knelf is taking a big data approach to understanding people. We got our start using social science frameworks for personality, values and needs and applied machine learning to find the really interesting correlations,” said Reimer. “The cool part about adding technology is we can now ask any question we wanted. The challenge was whether the frameworks could stand up to number of people and variables we were throwing at them. In the end the answer is in the data. With the help of our scientific advisory board, we’re accelerating the pace of discovery.” 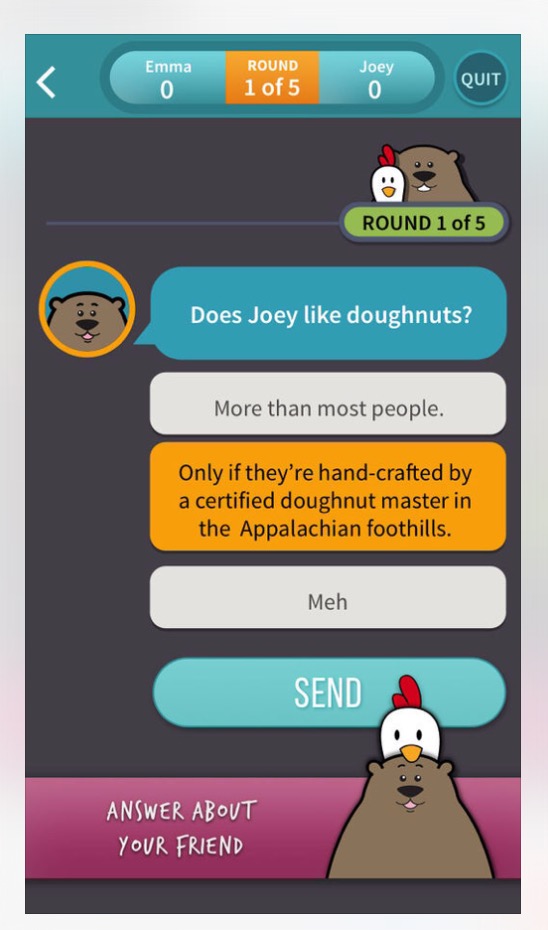 Reimer and co-founder Evan Hu are no strangers to the startup community in Calgary. Both entrepreneurs have built, scaled, and sold their businesses in the past. Reimer said that they really rely on the community to connect them to the right people, ideas, and capital to grow Knelf.

In October of 2015, The Accelerate Fund, which invests in promising Alberta technology companies, announced the closing of an undisclosed amount of funding in Knelf. And in its earlier days, Knelf was the first startup in residence at Mount Royal University, a concept put forward by Ray DePaul, the Director of the Institute for Innovation and Entrepreneurship.

Reimer said that it was a amazing concept that allowed students from the entrepreneurship program to see how they worked through the different challenges of a startup. “In return, we got to tap into the energy of the school, connect with the academic staff and have a fantastic space to work for six months,” he added. 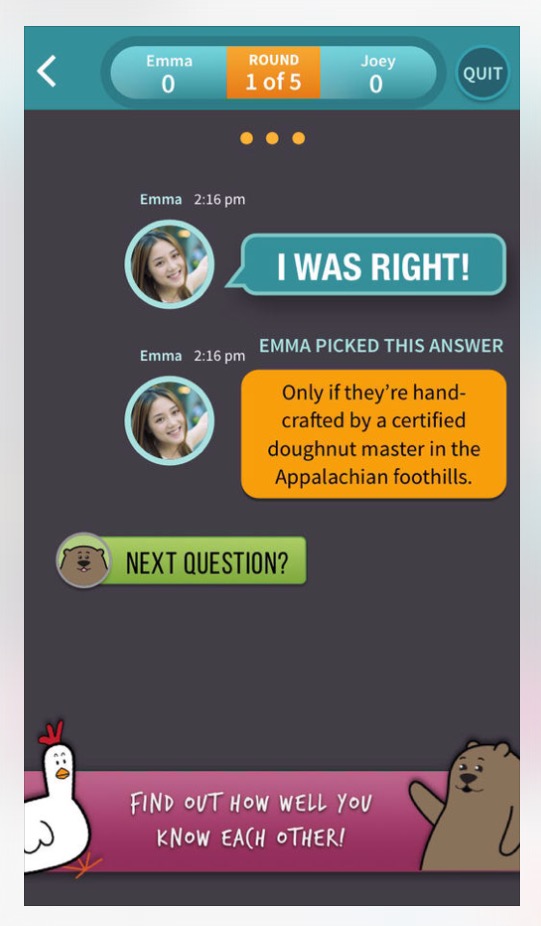 Having their own space now, with a team that includes content creatives, mobility experts, data scientists and researchers, Knelf came up with their Date Night event. Reimer described it as an exciting way to show how Knelf gets people talking.

“By making it easier to get started, we are changing an intimidating, difficult, confusing and awkward situation into a fun, captivating, enjoyable and memorable one,” he said.
Knelf had previously run a small event with 16 people to see if they could change perspectives and expectations around using phones on a date. “It was an unqualified success, and we’re sure we made at least one love connection. So we thought we should try it again on a larger scale. We were trying to do it before Valentine’s Day, but it was just too tight.” Reimer said he his looking forward to hosting another party at the start of March. 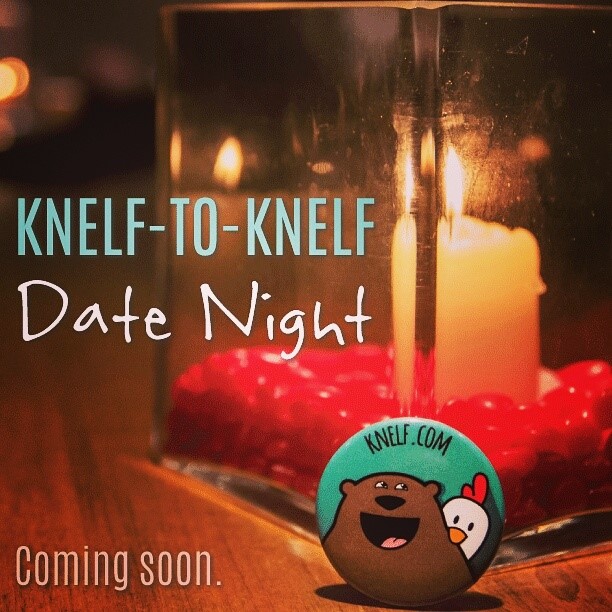 Although Knelf is currently an app, the company is looking to make two big changes in the near future.

“First, we’re building in artificial intelligence that will send you interesting questions about your friends – you don’t even need to unlock your screen to answer. Second, we’re going to be available on other messaging platforms. Our prototype Knelfbot is being beta tested on Slack and soon you’ll be able to use Knelf anywhere you text,” Reimer said.

Knelf is now available for ice breaking and connecting on iOS and the Google Play Store.