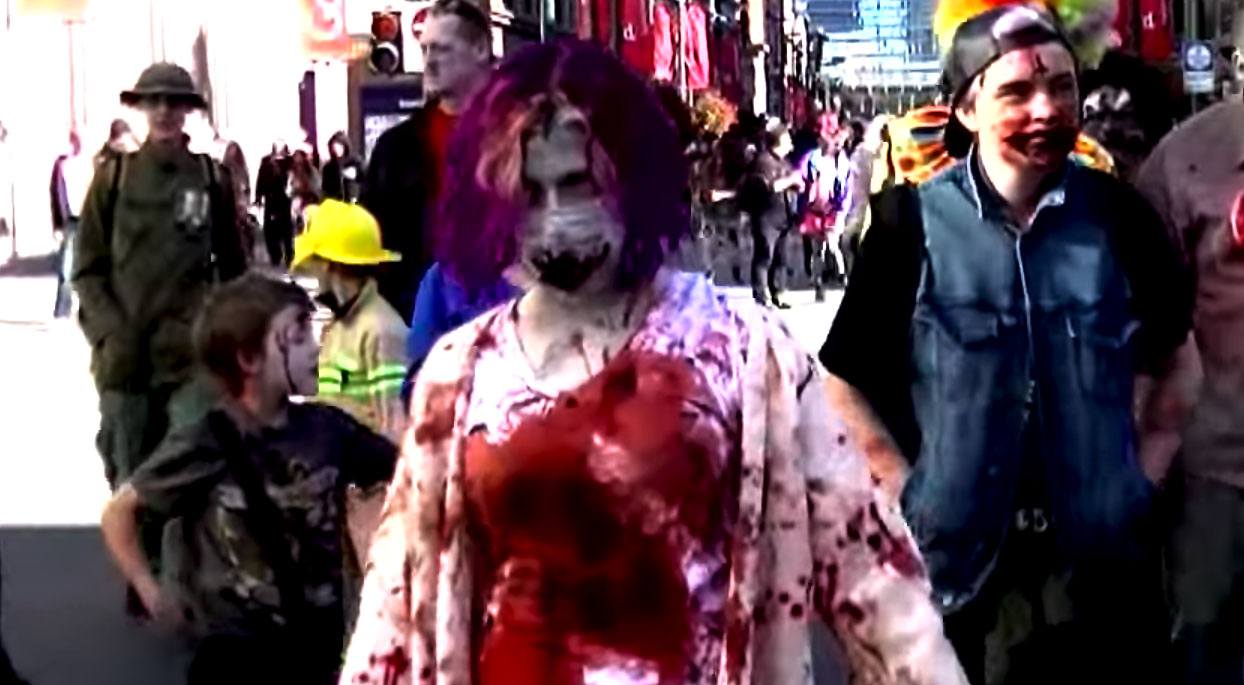 Get out your favourite fake blood recipe and select some creepy clothing options, the Calgary Zombiewalk is coming back this October.

The ghoulish stroll around downtown will take place at Olympic Plaza on Saturday, October 15 at noon – arrive early to get your makeup done!

Participants are asked to bring food and cash donations for the Calgary Food Bank. The more items you bring, the more entries you get into a prize draw.

Before and after parties are also being planned, as are zombie costume contests. Check out a few examples from last year:

Its just a flesh wound #calgaryzombiewalk

One more from the Zombie Walk today.. check the fb event page for the rest of my shots ✌

When: Saturday, October 15 at noon