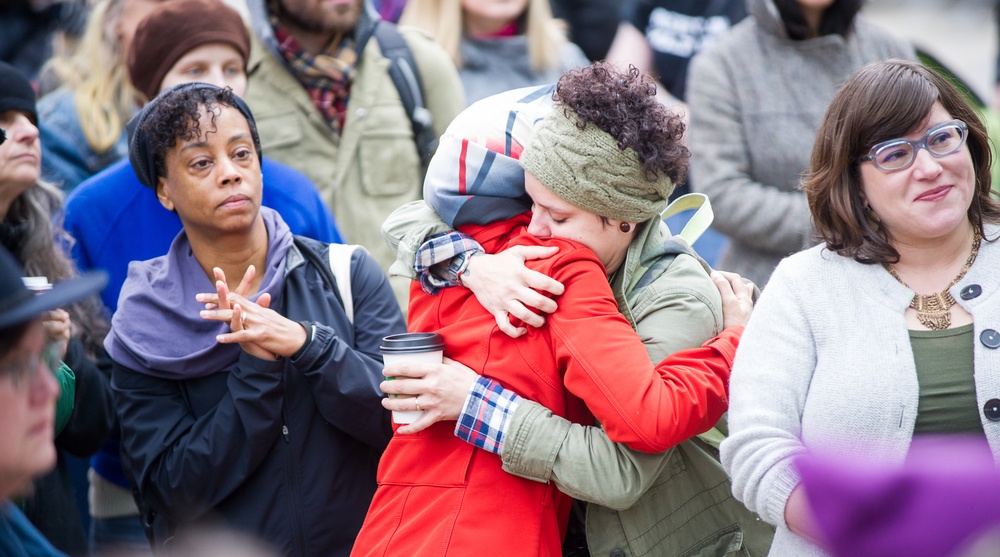 A massive march is set to take place in Calgary this weekend on January 21, with over 1000 people interested in attending and over 700 people confirmed.

Organized by We Talk Women, Women’s March on Washington: Calgary coincides with the American election and Donald Trump’s Inauguration Day on January 20.

The march is set to unite communities in Calgary, according to the event post, which also reads:

We will march the same day as hundreds of thousands of women in Washington as they take to the streets – all with a common goal but each with a diverse voice.

We will stand in solidarity with people gathering all over Canada and the world that day in support of women’s rights as an integral part of recognizing human rights. We will rally against the divisive words, attitudes and actions sparked by the events of the last year.

We will take a stand and support the rights of ALL women.

At the time of publication, there are over five hundred people attending the event, and over 1,500 interested.

Another group in Calgary is also meeting on the same day to counter the Women’s March. The Pro Trump Rally group states on their Facebook event page that they want to, “show the media this group doesn’t speak for everyone and that many support trump winning the u.s. election.” At the time of publication, 4 people are going with another 19 interested in the event.